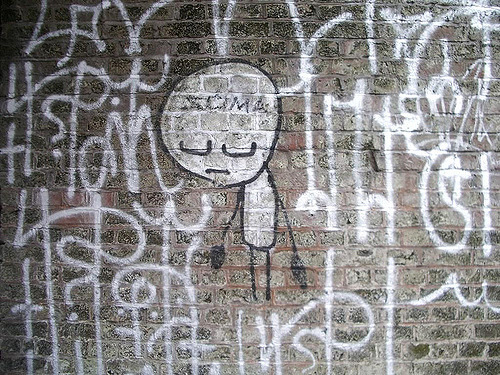 From the article: “By casting my book as personal rather than professional—by marketing me as a woman on a journey of self-discovery, rather than a reporter on a groundbreaking assignment—I was effectively being stripped of my expertise on the subject I knew best. It was a subtle shift, but one familiar to professional women from all walks of life. I was being moved from a position of authority—What do you know?—to the realm of emotion: How did you feel?”

If the above article was of interest to you, you might also be interested in reading Zoe Russell’s piece for the F-Word – ‘How to choose our political leaders‘.

The media: tired of Theresa May’s shoes, now reporting on her cooking instead (The Pool)

A note on The Toast (The Toast)

The EU referendum has caused a mental health crisis (The Guardian)

From the article: “Anything connected with borders brings with it an association to the body, and the boundary between inner and outer. This elicits primitive anxieties, the fears of both annihilation and colonisation. Such fears are heightened in relation to the EU, which carries associations with our biggest cultural trauma, that of the world wars.”

This isn’t Labour vs Corbyn, it’s the Establishment vs Democracy – and it’s time to pick a side (The Canary)

From the article: “Given the Brexit vote, there is also a real need to have a clear alternative voice. A voice which stands up for worker’s rights, human rights, environmental protections, the funding for our poorest regions, and all the other safeguards which Europe provided us with. A centre-left/Blairite party will only enable the Tories to decimate the rights we have left.”

Why don’t we stand with Turkey, like we did with Paris and Orlando? (Independent)

From the article: “…The persistence of tribal thinking about identity, and the indifference it produces in our news coverage and politics – even in the face of great misery caused by the current wave of Islamist terrorism – is a grim symptom of our political underdevelopment.”

From the article: “Today, those scenes I grew up in where I was often one of the few Black faces are now seeing an influx of kids from different racial backgrounds with Afro Punks, Taqwacore kids and young people who equally love David Bowie as much as they do Stormzy. The notion of a defined subculture has shifted in the age of social media, scenes are now global.”

#SafetyPin: The simple way to show solidarity with the UK’s immigrant population (Independent)

Caroline Aherne: tributes pour in for creative force behind The Royle Family (The Guardian)

From the article: “The underlying message, one where a life outside the capitalist system of production, a life that requires care (and a budget allocation) is a life that has outgrown its usefulness. The “soft death”, in its pastel colored rhetoric, presented as the lesser form of suffering, the individual triumph over the inevitable. However when all options of care and support are removed, is there really any choice left? When the State insists that the care for those in need should be left in the hands of unpaid neighbors and strangers, the “soft death” for a “completed life” is obliquely presented as the best viable alternative. The supposedly non violent “soft death” as a mask for the violence brought upon by endless budget cuts.”

If you didn’t vote to leave the EU (ifyoudidntvotetoleave)

Women up! In praise of Nicola Sturgeon (language: a feminist guide)

From the article: “During the General Election campaign it was a constantly repeated truism that women are less competitive and more ‘civilised’ debaters than men: allegedly they do more listening and less interrupting or talking over others. The women who participated in the national TV debates (Sturgeon, Leanne Wood and Natalie Bennett) were repeatedly praised by media commentators for their kinder, gentler approach. But in Sturgeon’s case this was wide of the mark. She was actually the most frequent interrupter in both debates, and the vast majority of her interruptions were challenges to the speaker she was interrupting.”

Think your child is fat? Well keep your opinion to yourself (The Guardian)

From the article: “Would you say it to someone you’re not related to? A neighbour? An employee? A passing bus driver? Why are we so much more likely to make rude, upsetting personal remarks to people we care about than people we don’t? So much unhappiness and pain could be avoided if we all tried to treat our families with just a fraction of the nervous courtesy we show everyone else.”

The image is used under a creative commons license with thanks to quantum bunny on Flickr. It shows street art on a brick wall; a ‘stick person’-like figure with its head down and arms hanging limply, in an obvious state of dejection. Around the figure are various other graffiti words, spray-painted in white.