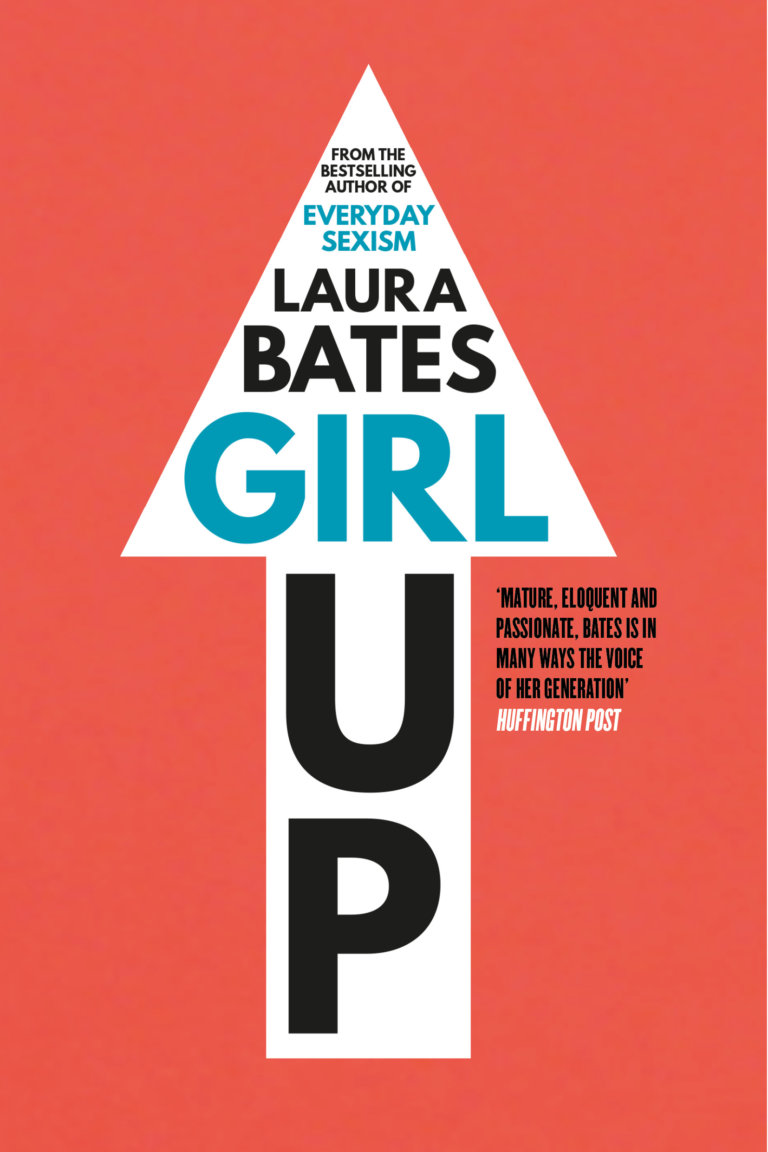 Call it out and shout right back I’m sure a lot of readers of The F-Word have heard of Laura Bates and the Everyday Sexism Project. Only four years after she launched her original website, Bates is now acknowledged as one of the leading lights of feminism’s ‘fourth wave’. Her first book, named after her website and published in 2014, gave a thoroughly depressing overview of the crap that women, even now, have to put up with on a daily basis.

In chapter three of that book, titled ‘Girls’, Bates writes:

I have been asked in countless interviews what has shocked me the most since starting the project. I think journalists expect me to tell them that it’s the stories of rape, or the most appalling accounts of violence. Those stories have certainly angered and devastated me, of course; but nothing has shocked me more than the thousands and thousands of entries from young girls under the age of eighteen … The torrent of harassment, abuse, violence and assault being faced by children was a horribly unexpected surprise.

Her latest book, Girl Up, is an irreverent survival guide that goes some way towards redressing her sense of horror that even the youngest women are experiencing all-pervasive sexism, from supposedly ‘harmless banter’, through ignorant discrimination, all the way to assault and abuse.

The tone of Girl Up is decidedly upbeat. It is assertive, supportive, encouraging, informative and not in any way ‘heavy’. Its font size, layout, graphics and sweariness are squarely aimed at teenagers and young adults (the preface tells you everything you need to know about the target market: it’s written by Emma Watson.) The message: call it out – and shout right back.

There is reassurance, over and over and over again, that pressure on girls and women to think otherwise is not normal and that we have the right not to like it

Included in each chapter are statistics, information presented in a straightforward and easily readable style and clear explanations and arguments showing why what women are subjected to is just not acceptable. Most importantly, though, readers are given practical tips and strategies demonstrating how to deal with problems and/or pressure in an easy-going and often humorous way. Light-hearted but punchy replies to unwanted attention; a smattering of sarcastic/irony-laden retorts; a “sexist bullshit klaxon” icon; and large print double-page spreads for some of the key messages are just a few of the many ways in which Bates helps readers to have the confidence to fight back if they are pushed into an unreasonable corner. The book also regularly points readers in the right direction if they want more detailed advice or professional support – for example, if they are experiencing poor mental health or have been the victim of abuse.

The book also includes some useful legal information. Did you know that in the UK it is illegal to sext – even if you only send pictures of yourself – if the indecent image is of someone under the age of 18? (No, not under 16: under 18. And yes, I checked.)

All the chapters are worth reading, but I found the one on career aspirations particularly inspiring. Readers are given the opportunity to hear directly from highly achieving women in many different fields including Ellie Cosgrave, Anita Anand, Justine Roberts, Samira Ahmed and Bridget Christie. Each woman shares advice about how to get into their chosen profession, and offers a short personal ‘pep talk’ encouraging younger women to be confident and use their abilities to best effect.

As well as all the topic-specific information, there are a number of overarching messages that run through the book: your body is your own and you should be under no pressure to change it or share it; it is unacceptable for people to judge you by your body shape; unwanted touch is sexual assault; rape is never the fault of the victim; gender-based double standards and hypocrisy are not acceptable and should be called out. There is reassurance, over and over and over again, that pressure on girls and women to think otherwise is not normal and that we have the right not to like it.

There is no question that you should buy Girl Up. The only dilemma is: how many copies?

Throughout the book, there are regular reminders of the support and help that’s available should it be needed. But Bates makes it clear that it’s not just organisations like the ones listed in her resources section that we need: we also need each other. She reminds us that we should not put other women down or perpetuate stereotypes, rather we should reach out and stand up for each other. She entreats those of us in the working world to work as a team rather than compete: “Remember, it’s not just about smashing the glass ceiling; it’s about passing on your hammer to the next girl. And if you have a moment, consider whacking a ladder in there, would you?”

I shared Girl Up with a young woman who I met for the first time on the day I was finalising this review. The 17-year-old daughter of a good friend, she is intelligent, articulate and sassy. After taking a quick look at Bates’ analysis of the mistreatment and harassment that women experience on social media (“Dad – you should read this …”), she skipped to the chapters on sex. Her feedback was unequivocal. “I have a number of friends who are sexually active, and they don’t know a lot of this stuff. We should be taught it at school, but we’re not. When did you say this book comes out?”

There is no question that you should buy Girl Up. The only dilemma is: how many copies? The first cut is easy: get one for yourself if you are a woman under 30; one for each of your daughters/nieces/granddaughters/god-daughters aged 17-27; and one for you if you are a parent with a daughter between the ages of 10 and 30. The second cut is not obligatory, but you may want to think about buying copies for sons aged 17-27; daughters of good friends if you think the parents are the sort not to buy one themselves; your child(ren)’s secondary school library.

As to the final potential audience, however, more careful thinking is required: do you share Girl Up with the younger teenage girls in your life? My personal experience on this was a little unnerving to say the least. Having read the preface (Watson: check) and the introduction (rude words: check), I was looking forward to sharing the book with my 12-year-old daughter once I’d finished it. Then, on page two of chapter one, Bates uses amusing board-game language to describe what a typical girl’s first interactions with a social media account might look like: “10 minutes after setting up your account, you receive your first unsolicited dick pic – LOSE A LIFE”. And that was that: there was no way that I was going to introduce my pre-pubescent daughter to the subject of dick pics.

I quietly revised my mental picture of the age group the book would be suitable for, and kept reading. A few minutes later, however, I showed her a different part of the page. I thought I’d covered up the offending phrase with a carefully placed thumb, but clearly my thumb must have slipped, because she blurted out “dick pic!” and giggled. Turns out she learned the term earlier this year, and a couple of her classmates have been unprovoked recipients already. So, mums and dads: use your judgement but, on balance, your ‘little girls’ may well benefit from this book somewhat earlier than you think they might.

The book’s personal impact on me (apart from knowing I now have the perfect birthday present for virtually every 17- and 18-year-old woman of my acquaintance for years to come) is twofold. First: ‘sluts’. We are all told what ‘a slut’ looks like, how she speaks, how she behaves. Well: take that image, tear it into a million tiny pieces and throw it straight into your recycling bin because Bates brilliantly and convincingly asserts that there is no such thing as ‘a slut’:

A slut isn’t a type of girl. ‘Slut’ is an attitude projected onto girls and women by a sexist society that is alarmed when they take control and make their own decisions … It’s used to express panic at the idea of women who dare to enjoy sex and decide how much they want and who they want it with.

And secondly: consent. As my poor, long-suffering children will tell you, I have been bending ears on the critical importance of educating teenagers about sexual consent for as long as they can remember. This book, however, has upped the ante by sharing advice given to a student at his college orientation: “Consent is really too low a bar. Hold out for enthusiasm.” ENTHUSIASM! What an improvement. Laura Bates: I salute you.

Girl Up by Laura Bates is published by Simon & Schuster and is available to purchase HERE.

The image is used with permission and depicts the cover of the book. The background is bright orange. In the centre is a large arrow pointing upwards, containing the title ‘Girl Up’ and the author’s name ‘Laura Bates’. In blue font above the arrow it says: ‘The Sunday Times Bestseller’. To the right of the arrow is a quote from the Huffington Post, which reads: “Mature, eloquent and passionate. Bates is in many ways the voice of her generation.”