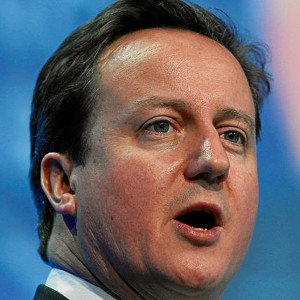 That’s not an ally It’s weird, because when I was a child, teenager and young adult, I didn’t feel like David Cameron was a friend to people like me. This is a man who opposed the repeal of Section 28, a piece of legislation that banned the “promotion of homosexuality” and had particularly damaging effects in schools, where teachers feared even mentioning the existence of LGB people. This is a man who viciously attacked Tony Blair for “moving heaven and earth to allow the promotion of homosexuality in our schools”.

This is a man who voted in favour of a bill that would have banned two women or two men in relationships from adopting children together. This is a man who opposed women receiving IVF if they couldn’t name a father figure.

So when Pink News think it’s fit to award David Cameron their Ally of the Year Award, I’m left puzzled.

It’s true that while he was Prime Minister, legislation that enabled equal marriage was passed. But is this enough to warrant the award? It’s a bit of a push to suggest that this happened in the last year – the relevant act was passed in 2013. Is it seriously the case that there is literally not one heterosexual cisgender person who has done anything at all to benefit the LGBT community in the past 12 months?

Benjamin Cohen, who is chief executive of Pink News, defended the award:

The point of activism and the LGBT movement is about convincing people who oppose our rights to become our allies. The reason we have so much progress in this country is that people who questioned it and were opposed to it have changed their minds

I can’t help but doubt Cameron’s influence in changing anyone’s mind. His equal marriage bill was opposed by most of the Tories who voted. Of course, Cameron didn’t whip his party on matters of conscience, which are somehow distinct from matters of equality and human rights. The real advocates were among the Labour and Liberal Democrat MPs. And yes, perhaps it is difficult proposing legislation that sees your party divided. But public opinion was on his side, which probably had a lot more to do with civil partnerships brought in by the Labour government, and the fact they didn’t lead to the apocalypse.

And it isn’t as if Cameron’s time in office was sheer heaven for LGBT people. After all, he resigned following the results of the Brexit referendum, which will almost certainly have a negative impact on us, as discussed previously and shown through the worrying rise in homophobic attacks since the referendum.

Austerity was a major theme of Cameronian government, which is pretty crap for everyone. For LGBT people, it means cuts to vital services that address our needs specifically – from housing to health services – on top of the unemployment, benefit cuts and increasing inequality that is spread around more widely. Did you know a quarter of homeless young people identify as LGBT? What do cuts in services do for them? Meanwhile, forget the Big Society, one of Dave’s pet projects, if you can remember that far back: LGBT organisations and charities have taken big financial hits.

If you do want to know what being a good ally looks like, we’ve written on the topic a few times.

But it doesn’t look like an ultra-privileged master of distraction who has made LGBT people suffer through his policies and vilified them through his words, even if three years ago he recognised a pro-equality movement that had broad support others had worked for decades to build.

The photo shows David Cameron’s face as he gives a speech. It is used under a creative commons licence.