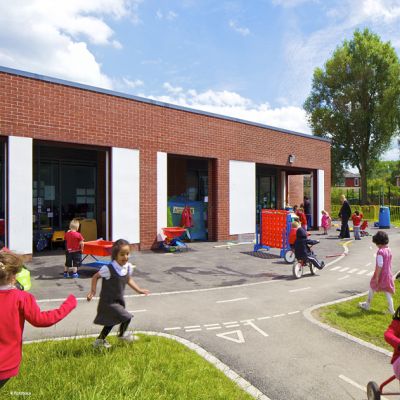 A lesson in victim blaming This is a guest post by Laura Cooke, a journalist living in the South of England.

It is a sad, but unavoidable, fact of life – victim blaming is ingrained in our society. Unfortunately we are accustomed to seeing examples of it in our courts, our press, even our police forces – albeit not always intentional.

But to find an example in a primary school shows what a serious and deep-rooted problem it is. Recently on Mumsnet, a mother sought advice from other parents following an incident at her daughter’s school. A member of staff at the unnamed school had told the eight year old that she was not allowed on the bars unless she wore shorts under her skirt.

The reason? “The boys will see her knickers”.

Just drink that statement in for a moment – an innocent young girl is being told to cover up because otherwise she will potentially face bullying and teasing from her male peers. Victim blaming has become such an intrinsic part of our society that a child is being given the message by a trusted adult, someone who is supposedly responsible for her welfare, that what she is wearing, or not wearing, will bring about her own misfortune. It is reminiscent of the story in Charlotte Davies’ blog last month of the nine-year-old girl who wears cycling shorts to school under her tights so that boys can’t see her underwear when they try to take photos up her skirt.

Understandably, this whole episode has upset the girl and no doubt left mum with some difficult questions to answer. And what sort of message are the boys at this school getting? If this girl doesn’t heed the warning and continue to use the bars without shorts, does this mean she is fair game to be teased? Will the boys who would apparently tease her be dealt with appropriately, or will complaints just be met with a resigned shrug? Boys will be boys, after all, and she was told this would happen.

Now fast forward ten years, replace the words ‘boys’ with ‘men’, ‘girl’ with ‘woman’ and ‘tease’ with ‘harass’, ‘hassle’, ‘assault’…you get the idea.

Of course the fault doesn’t lie solely with the member of staff who spoke to the girl. He or she is part of a culture which blames victims for the coercive and abusive behaviour of others; we are surrounded by examples of this every day. No wonder this is reflected in schools, a microcosm of our society, and in other institutions that are supposed to protect us.

Last year one police force was forced to withdraw a rape prevention poster encouraging women to stick together during a night out. And the less said about Bristol Police’s ‘R U Asking 4 It?’ leaflets, given out during a talk to teenagers about consent, the better.

Of course this was done with the best of intentions, with the aim of protecting women from sexual assault. But this just demonstrates the problematic mindset of prevention rather than cure – that women should be taught how to protect themselves, by covering up or not walking alone at night, rather than turning the focus to men and teaching them about acceptable behaviour.

Some argue that the police are facing an uphill struggle, as ‘de-programming’ adults of long-held beliefs or views is not necessarily an easy task. Which is why educating children about consent and respect is so important. And that education should begin in the classroom.

Sadly, a quick scan of Mumsnet shows that being told to wear shorts for cartwheeling is not something new, suggesting that schoolgirls across the land are being taught that they are responsible for the unacceptable actions of others. If our education system is giving out messages like this, then we will remain stuck in this vicious cycle of victim blaming, where society looks at a woman’s clothing choice and says “well, we did warn you”.