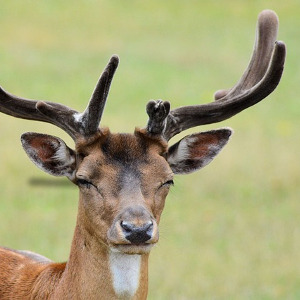 What’s gay got to do with it? Take for example the hazards I encounter when meeting new people. The introductions that people in mixed gender relationships encounter are very different to those I have to put up with. I started a new job last month. “Do you have a boyfriend, Jenny?” one new colleague asked. “No, I have a wife,” I replied.

“Oh… sorry!” was their flustered response. “Well, have you ever been with a man…like, how do you know?” My response was assertive – shutting the conversation down with a razor sharp quip or two that meant that this particular individual has not asked any further about my current or previous relationships.

Rarely would a heterosexual woman be questioned about her sexual preferences within a first meeting with a stranger. This is not the first time it has happened to me. I have a ball of anxiety in the pit of my stomach when meeting new people. Although it has diminished tremendously over the years, it’s still there and flares up from time to time dependant on who I find myself in conversation with. It’s an annoyance. It is an irritation that I try hard to supress.

I am far more confident within my own identity these days and therefore it’s easier to out myself confidently within these first meetings with new people and happily, it makes little waves with the vast majority. Conversation continues and people, whether they are or not, seem mostly unaffected. But then there are always those few that ignite that ball of stress and consequent anger in my gut with their assumption that I will answer their ill-informed, perverse or blatantly rude questions.

My second encounter with ignorance was a mere few days later with a different new associate. It was a male colleague this time and he was obviously too interested in how my wife and I met. I reluctantly but politely answered the questions that were put to me. I had a feeling the conversation was declining when he enquired, “Who wooed who?”

To this I reminded him that clearly he was asking a silly question as my wife and I are both women. “One of you must be manlier,” was the response. One surefire way to see my angry side is to compare either me or my wife to a man. For this only a clear, direct reply was needed: a firm reminder that he actually can’t talk to me like that and the cocksure arrogance of an entitled middle-aged man shrunk into a snivel and a half-hearted apology. I feel sure that he would not have asked a new heterosexual colleague about her hen do. Neither would he have asked a heterosexual colleague how she got together with her partner. He would not have cared. What right do people have to treat me differently upon learning that the love of my life is a woman?

My feminist beliefs run deep, throughout all of my passions, throughout my core. It manifests itself in my support of the Black Lives Matter movement, my passion for ending violence against women and children and the importance I place upon rights for LGBTQ people. Where there is difference there is a need to be passionate. I know this because my differences create difficulty for me. Tensions, irritations, upset, fear. What feminism is about is equality between people. Feminists do not try to outdo men. Feminists do not hate men. Feminist women want to stand equally with fellow men who respect and encourage equality for all. What I also want, and categorically deserve, is to be treated with the respect and care that is offered so naturally to people in mixed gender relationships. I want not to be asked upon meeting new people about my relationship history. I want not to be made to feel like a subject of men’s perversion. I want to be me and not to have to explain myself. What I want and what feminism offers go hand in hand: equality for all.

The photo is by hansbenn and is in the public domain. It shows a young stag looking at the camera (somewhat suspiciously, in my opinion).