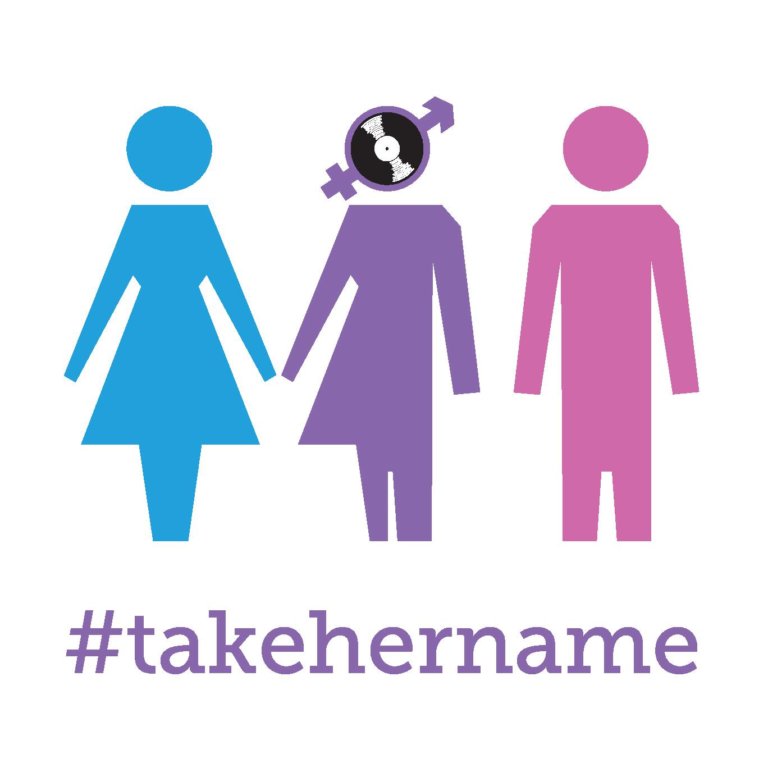 According to musician Laura Mvula we are “living in a Donald Trump time of music”. This is a time, she argues, where women working in music are often labelled “divas” for saying “anything with assertiveness or authority”. Where women are repeatedly losing out on awards and headline slots in favour of men. A time when a female musician is revered for the tightness of her arse over the tightness of her lyrics; lyrics which, obviously, she couldn’t have thought up all by herself. But, this is 2017 right? How did we get here? And what can we do to level out the playing field?

The Performing Rights Society claims only 13% of writers registered with them are female, while for the Music Producers Guild, this total is less than 4%. What is it that makes these career paths male dominated? Could it be that these avenues just aren’t as appealing to women as men? Or does the reason run much deeper?

Musician Roxanne De Bastion thinks this is due to social conditioning. She describes how advertising teaches girls to want “Barbies and ponies” and boys “cars and guitars”. De Bastion states that, “our entire lives we are told what we can’t and shouldn’t do because of how we were born. If we have parents and other influencers who teach us otherwise, we are the lucky few.”

Emmy The Great agrees that social conditioning and the patriarchy are to blame:

If you see something that you think you can’t do, it’s just conditioning, it’s the patriarchy. You can definitely do it. I always had such reverence for the male songwriters my label was putting me in session with, but when you break down what they do they just have a mic and a computer. So I got a mic and a computer and realised they don’t have special genius that I don’t have. It’s just that people have always told them they can do this thing.

Perhaps it’s these underlying feelings of self-doubt, feelings of trespassing into a male dominated field, which hold female musicians back

As a musician, I can totally relate to this. Hands up, I’ve often been guilty of passing over ‘the technical stuff’ to the nearest man in sight. This could just be laziness. But laziness tinged with a feeling of inadequacy: he can probably do it better, so why not ask? This has led me to work with a number of male producers, and some of these collaborations have been truly magical. Despite this, I do feel my production skills would be much craftier if I was sure of my ability and just cracked on with it as Emmy does. Perhaps it’s these underlying feelings of self-doubt, feelings of trespassing into a male dominated field, which hold female musicians back.

A recent survey carried out by UK Music shows gender inequalities within the music industry seem to get worse further up the ladder. While the gender balance in entry-level roles is fairly strong, women seem to filter out of the equation when it comes to the more senior roles. Only 30% of those in senior executive roles are women. This means that most decisions to do with musicians are made by men.

Charlotte Church explained in her lecture on sexism in the music industry that female musicians are being categorised into one of three identities: “girl’s girl”, (e.g. Taylor Swift), “wronged woman” (e.g. Adele) or “unattainable sex-bot” (e.g. Rihanna). Women aren’t being recognised for their abilities as musicians, but for their ability to perform these ‘feminine’ roles. So, although there are a number of women topping the charts, many of these women are arguably enacting a role prescribed to them by men. This can hardly be seen as a breakthrough in equality.

It seems society is afraid to acknowledge the skills and abilities of women artists, as if these qualities should belong to men alone

One woman going her own way is the musician Grimes. I’m a great fan of Grimes and find her production and song-writing skills completely inspiring. But it seems talent doesn’t protect you from the onslaught of misogyny in the music industry. Grimes reports being molested at shows and patronised by men who think they know better:

I’m tired of men who aren’t professional or even accomplished musicians continually offering to ‘help me out’ (without being asked), as if I did this by accident and I’m gonna flounder without them. Or as if the fact that I’m a woman makes me incapable of using technology. I have never seen this kind of thing happen to any of my male peers

Unfortunately this isn’t an isolated incident. When Taylor Swift’s album 1989 came out, even fellow artists such as Imogen Heap doubted that she wrote her own material. I sincerely question whether this would happen if Swift were male. Even Bjork has faced this type of misogyny. Despite creating 80% of the beats on her album Vespertine, Matmos, her male collaborator, was “credited everywhere as having done the whole album”. Bjork felt compelled to clarify that, “Matmos is a close friend of mine, and in every single interview he did, he corrected it. And they don’t even listen to him. It really is strange.” It seems society is afraid to acknowledge the skills and abilities of women artists, as if these qualities should belong to men alone.

So, what can we do? If artists as established as Bjork are facing sexism, do we just accept it as part and parcel of being a woman? No way! We have to get better at calling people out, and at asserting what feels right. We’re all human and anyone who makes you feel any less than that based on your gender needs to find a comfortable home up Donald Trump’s arse.

Record label Laid Bare is running a campaign called #takehername asking the major record labels to encourage their male artists to change their names to a female version on social media on International Women’s Day. This year women are being asked to “be bold for change”, so why not ask men to do the same? If we want to level out the playing field, we all need to take responsibility for the state it’s in. Through showing solidarity with female artists, these men will be making a bold statement: we each deserve to be acknowledged for our abilities over our bodies, no matter what gender we may identify as.

In support of this campaign, Laid Bare is staging the first Songbirds event, celebrating talented women in music. There’s going to be a kick-ass all female line-up of musicians playing soul, funk, electronica and an incredible female DJ to follow.

Songbirds is a free event taking place at 7pm on Thursday 23 February 2017 at London’s 93 Feet East. Come along! If you can’t make it, you can sign up to the campaign here.

Let’s start making changes in the way women in a male dominated music industry are represented, viewed and treated in 2017.