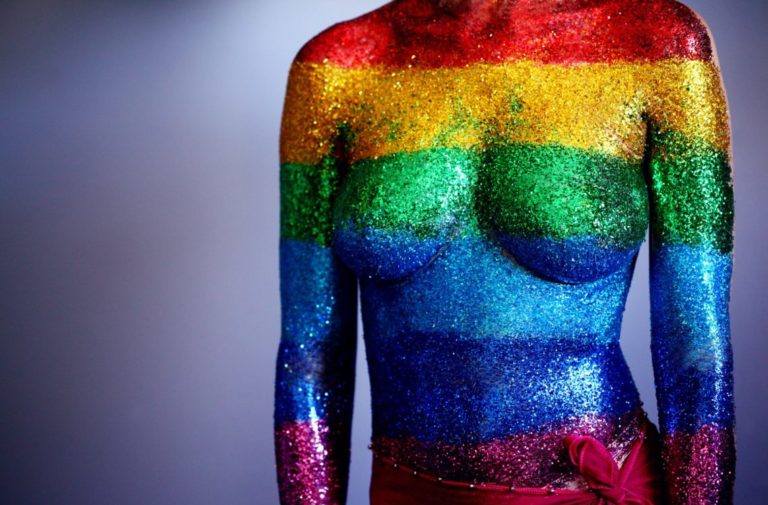 Are women supposed to be “romantic” every time we refer to sex, while men are “just being men”?

Although Miller acknowledges that she is working in an industry that is largely sexist, she also makes it clear that she aims to change it from the inside We have been labelled as victims forever, and although we are all victims of the patriarchy, because we all live in it, it is time for us to change some things. It is [a] time [for] re-empowering ourselves, to take the role we want and make it our own.

Miller also outlines how she feels free and empowered by doing what she wants with her body: “We have always been told how to love, how to establish ties with other people and how to represent our sexuality. Choosing how to live it [life] involves freeing ourselves of all these impositions.”

Although Miller acknowledges that she is working in an industry that is largely sexist, she also makes it clear that she aims to change it from the inside. One of the first things she would like to change is the lack of legal protection and regulation for workers in pornography. But, as long as porn performers are not taken seriously, this will not be an easy task. Miller takes the view that when people criticise the adult industry without having enough information, they are doing a disservice to all the people who are involved in it and those who fight for their rights: “It’s very easy to get into the internet and find 10 testimonies of people who have suffered. But it’s a mistake to think that the whole industry is like this. Pornography is a business like the others, full of nuances”. If people keep stigmatising the industry, people working in the adult industry will continue being cast aside, making the creation of regulations or a union that could offer protection more difficult.

Span campaigns for an inclusive way of making adult cinema, and has given speeches and participated in debates on pornography at several festivals and universities. She also defines herself as a post-structuralist. Curiously, she used to be anti-porn as a teenager, until she decided it was much more feminist to focus on men’s freedoms to develop women’s freedoms. “I realised that my anger for the sex industry was actually envy: that I was envious of men’s freedom to explore their sexuality in lots of different ways”. As a consequence, she decided to do something about it.

Span has arguably helped the adult industry to be more inclusive and tolerant with a range of genders and sexualities that appeal to more than just the straight male gaze: “There aren’t that many female film directors, but we are changing the industry,” she claims. “…The fact that sex shops are changing their products for a female public is a massive influence. This is a changing culture: women using sex toys and having more orgasms makes it something big.”

When we talk about her origins in the industry, she breaks down the myth about women who work in pornography by explaining how hard she had to work to get to where she is:

Span sees sexual freedom as the opportunity for women to break the monogamous, procreative, heterosexual role that has been imposed upon them

Regarding those who campaign against pornography, Span shares the same view as Amarna, stating that the main problem is poor research and a lack of information about the industry: “We know for a fact that there is no link between violence and porn… but we have to look further than the heterosexual couple [and] the sex that is normative.” She sees sexual freedom as the opportunity for women to break the monogamous, procreative, heterosexual role that has been imposed upon them. Span believes that, instead of taking a more regressive approach to the adult film industry, we should aim for more ethical content.

After talking to Amarna Miller and Anna Span, I think we are all responsible for helping create change. Let us take control and decide what we want to be, what we want to do and what we want to watch. I can say I have learnt plenty from their testimonies, but one of the most valuable lessons is not to judge and that, while it is good to point out what is wrong, it is even better to do something to try and impact real change.

The feature image is a photo of a naked torso with breasts, covered in rainbow body glitter. Photo by Sharon McCutcheon from Unsplash.