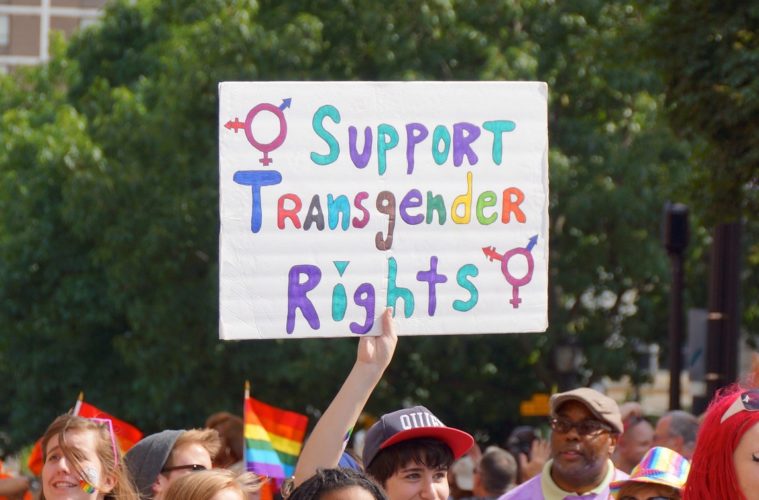 Getting married is usually fairly straightforward. In England and Wales, you have to give notice of your marriage at least 14 days in advance, which means showing up at a registry office and being subject to an interview to prove that the two of you know one another, are not already related and are both legally free to marry. There’s paperwork to sign and a fee and then later, when you actually get married, there’s more paperwork to sign and at least another administrative fee. Cake is optional.

The system attempts to prevent people from marrying on a whim, under duress or for profit. There’s a level of bureaucracy because, while many couples manage fine without it, marriage is a legally significant contract. It can have consequences for our ownership of property, pensions, debts, taxes and a migrant partner’s right to stay in the UK. It could influence who can make decisions on your behalf if you become incapable of doing so yourself. It’s also a bugger to get out of — in the UK, it takes around 22-24 weeks to settle a standard divorce case and costs hundreds of pounds.

However, despite these significant consequences (especially for those coerced or deceived into marriage), there’s a limit to how much the state will interfere because it is accepted that marriage is tremendously important to those who want it. There’s no tribunal to hear the case for a couple’s compatibility — we don’t even insist that they live together for six months to ensure they can amicably share a bathroom. The risk of making a poor choice of partner is absorbed by the freedom to make that choice in the first place. It is what allows adults to decide what kind of family and private life they would like. Life is very short and precious and folk need to be allowed to get on with living it.

The sentiment does not appear to extend to a person’s right to change their legal gender. Generally speaking, whether a person’s birth certificate names them a male or female is of little legal consequence. Currently, a person’s legal gender can influence (but not necessarily dictate) decisions like which prison a person would be placed in, which may have potentially tragic consequences. Most situations where people are separated by gender — in competitive sport or in hospital wards — operate according to other criteria. What legal gender does determine is how you are described by the registrar during your wedding ceremony — a fairly crucial moment in the lives of two individuals, though nothing that affects anyone else.

One can effectively change their legal gender by obtaining a Gender Recognition Certificate. Labour leader Jeremy Corbyn has proposed that certificates should be granted via a system of self-declaration, as is the case in Ireland, Denmark, Norway and other countries.

In The Times, Helen Lewis defended the current system, arguing that acquiring a Gender Recognition Certificate was much like a migrant acquiring a British Passport: “you might feel British and wish to spend the rest of your life in Britain, but there’s still a formal process to go through to become a citizen.”

Quite apart from the fact that our immigration system is profoundly unjust, acquiring UK citizenship is about the most legally significant process a person can voluntarily undergo. It affects a person’s fundamental political rights (along with those of any spouse or children) and it does so permanently. It makes the process of gender recognition — in terms of legal consequence at least — seem fairly trivial. I think that’s how it should be.

Gender recognition is essential to those individuals it affects but should be a trivial matter as far as the state is concerned. It should be something that folk organise for themselves, as we do with other processes like changing our names by deed poll.

In order for trans men and women to gain a Gender Recognition Certificate, a person must have a specific medical diagnosis provided by a gender specialist plus further medical evidence, proof that they have lived as the gender they identify as for at least two years and convince a panel that they intend to live as such for the rest of their life. The fee, at a cool £140, is also higher than most registry office weddings. In reality, the process usually takes much longer than two years. GPs are often ill-equipped to deal with transgender issues, some are dangerously prejudiced and there are just eight NHS Gender Identity Clinics in the entire UK with enormous waiting lists. This time-consuming, highly intrusive and often expensive process is not something all trans people have the resources to pursue.

Under the current system, the gender identity of trans people is pathologised and policed by the state, just as gender identity — especially femininity — has been pathologised and policed throughout the history of patriarchy. Changing this administrative system does not begin to address all the injustice that trans people face — disproportionate levels of school bullying, domestic abuse, discrimination at work and hate crime — but the state should not be playing an active part in allowing these problems to continue.

Life is short and precious. Sadly, trans people aren’t granted extra time for the years they lose to administrative processes

I am currently watching the renewed debate about assisted dying with my heart in my stomach, despairing that the priority of many non-disabled people is to ensure our right to die rather than fighting for the possibility of us having a life worth living. However, it also occurs to me that whatever safeguards are put in place to minimise the number of families pressurising their most inconvenient members to shuffle off quietly, there is no euthanasia-supporting jurisdiction where this irreversible process is as complex or time-consuming as gender recognition in the UK. And that’s not about something people want to do; it is about who they already are.

Life is very short and precious. Sadly, trans people are not granted extra time for the years they might lose to administrative processes; to trying to prove themselves to doctors and bureaucracies. These groups of people may never get to express their full potential so long as they’re forced to spend their resources on hiding, conforming or expressing themselves only with great caution.

Sexism has long squandered the talents of so very many people over generations. The proposed legislation for self-definition is a vital step in the long struggle to put this right.

Image credit: Shared by Ted Eytan under a Creative Commons license.
Image description: A group of Trans Pride marchers outside, with one person holding a sign that reads ‘Support Transgender Rights’ in colourful writing at the centre.