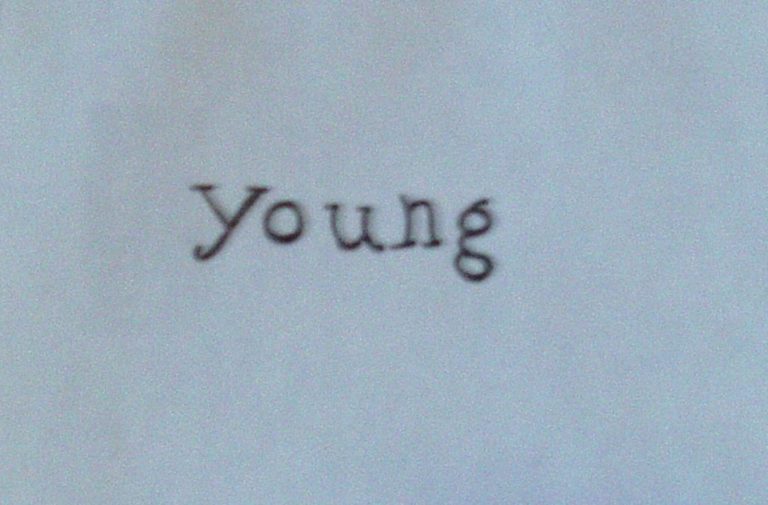 The F-Word May music playlist

The title of this month’s playlist, Young (as opposed to youth) was chosen in homage to the excellent debut album of the same title by Overcoats, which was released last year. The playlist has an accidental theme in that it was only as I was editing and finalising tracks that I realised a theme was emerging at all, namely that of youth, of being young.

This theme manifests itself in a number of ways: We have some sun worshipping on the part of Femme Equation plus a re-interpretation of Joni Mitchell’s anthem ‘Woodstock’ by Miya Folick. There’s also some harmonious self destruction on the part of First Aid Kit (covering a Lorde song), protest songs by She Makes War and Gaptooth, what feels like a sly side swipe at Twitter and social media culture by Ardyn, minimalist electro from Kaleida, Angel Olsen at her stop-you-in-your-tracks best, and fragile idealism and introspection from Chvrches and The Sundays.

I’ve tried to include songs by artists at, or near, the start of their careers as this felt like a good way of getting a sense of freshness and, on occasion, rage, as well as innovation. I’d been doing this, to an extent, anyway in that I’d been trying out a lot of new songs by new artists, but I also realised that I’d been adding in songs from more established artists from the beginning of their careers, and that this worked well with the new stuff.

As such, the minimalist introspection of Kelly Lee Owens’ collaboration with Jenny Hval, ’Anxi’, from her debut album of last year is rubbing shoulders with a protest song by the legendary Selda Bağcan (subject of a brilliant interview and retrospective with Cerys Matthews on the World Service back in March), which was released before Owens was born. Similarly, Norwich geniuses Let’s Eat Grandma are positioned next to The Raincoats ‘No One’s Little Girl’ from 1984 which, admittedly, isn’t an early Raincoats track, but which fitted the ethos anyway.

There’s a lack of punk here, you may be disappointed to hear. I think that this is because the theme evolved accidentally, not deliberately, so I wasn’t necessarily seeking songs about rebellion. What you’ve got instead is something a bit more subtle and awkward. There are angry songs on here and there are definitely protest songs on here, but it all sort of creeps up on you. I was aiming to convey a range of experiences and takes on youth and being young and, in that respect, I think I’ve managed it. Quite by accident, by and large.

The playlist ends with Florence + The Machine’s second single, ‘Dog Days Are Over’, which felt very apt on a number of levels. For one thing, it’s always good to go for a big finish, for another, ‘Dog Days…’ is a set concluding song (encores aside). Then, on Thursday 3 May, the new single ‘Hunger’ was released and blew me away. I knew, after a few listens, that it would fit really well with the playlist, but I couldn’t get it to work musically.

The video made to accompany the song isn’t subtitled, but there is a lyric video you can watch. Similarly, I haven’t had chance to write a full description of the video, but I have found a really good live performance from the BBC’s Sounds Like Friday Night which has a great energy to it.

Image shows the word ‘Young’ written in black pen on a white piece of paper. Image by Cazz Blase, all rights reserved

Video is of Florence + The Machine performing ‘Hunger’ on the BBC’s Sounds Like Friday Night. Florence Welch can be seen crouching down and interacting with the audience at various points, as well as running across the stage in a very exuberant fashion