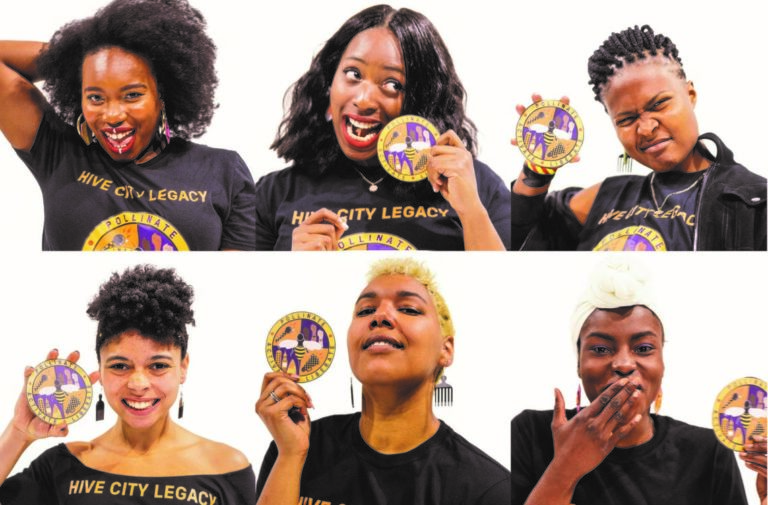 I’m going to open this blog by paying my respects to Eurydice Dixon, an Australian comedian who was killed walking home from a gig in Melbourne. That the world is sometimes an unsafe place for women to exist in makes me furious. Rest in peace, Eurydice.

Bechdel Theatre are hosting a one-off Drag Night on 4 July as a fundraiser for their Edinburgh Fringe campaigning. It’s at Styx bar in London and there will be step-free access and gender-neutral toilets.

Haste Theatre, an all-female ensemble, will be at the Blue Elephant in south London on 10 July with their physical piece Where the Hell is Bernard? Set in a Kafka-esque future, in a city where no one plays and no one ever leaves, a box of items bounces back to Lost and Found Office. Will the officers find its owner or something more?

Hive City Legacy, created and directed by Lisa Fa’alafi and Busty Beatz from Hot Brown Honey, will be at the Roundhouse in Camden from 10 until 21 July. Nine sensational female performers of colour, selected from over 250 applications, have been working with Lisa and Busty of Hot Brown Honey, plus Yami ‘Rowdy’ Lofvenberg to create Hive City Legacy, a unique new show all about the world’s greatest hive city: London. Plus the artwork for the show was designed by previous F-Word editor, Erin Aniker.

The Squirrel Plays, about the US reproductive rights debate, are at Theatre503 on 19 and 20 July ahead of going up the Edinburgh Festival Fringe.

Brighton’s Marlborough Theatre will be running an extensive year-long programme of performances and events under the title Growth Spurt. This will begin with Trans Pride Art Night on 19 July, Juno Dawson’s Lovely Trans Literary Salon on 26 July and If Britney Can Get Through 2007 We Can Get Through This, a loud and messy riot grrrl Britney tribute act and a love letter to that stubborn teenage queerdo, on 2 August. The whole thing looks really great so check it out!

And lastly I can avoid thinking about it no longer; the Edinburgh Festival Fringe is all launched and I should start planning The F-Word’s coverage. If you are going to be in Edinburgh in August and might like to review some things for us, please email me at [email protected] and we’ll see what we can sort out.

The image in the text (of which an excerpt is used as the feature image) is a collage of the performers of Hive City Legacy. Head and shoulders shots of nine performers of colour are in a three by three grid. Most of them are holding up the circular Hive City Legacy logo and wear black t-shirts which also feature the logo. They have a variety of energetic expressions on their faces.