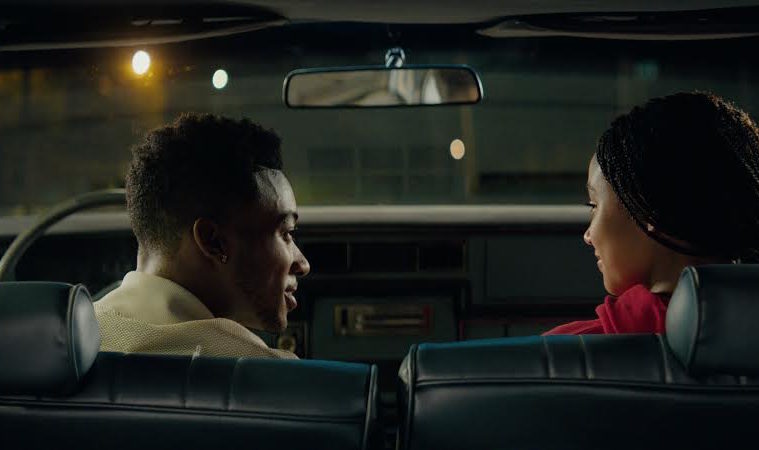 The Hate U Give: a shift in cinema?

A bit disappointed that the film lost some of the original novel’s insight and subtlety, Pippa Sterk still praises THUG as evidence that cinema is changing

The Hate U Give (2018) by George Tillman Jr. is the latest and perhaps most anticipated of Young Adult fiction adaptations to make it to cinemas worldwide. However, unlike for instance Paper Towns or The Hunger Games, THUG (as it is commonly abbreviated) goes neither for an easy-to-digest love story nor a dystopian fantasy setting. Instead, it tackles a topic that is both complex and terrifyingly real: police brutality. The story starts with Starr Carter (played by Amandla Stenberg) explaining how her parents have tried to keep her safe in the crime-ridden neighbourhood of Garden Heights. We see her receive The Talk as a child: don’t question the police, do what they say, keep your hands where they can see them. Don’t give them any reason to think of you as a threat. Starr’s voiceover also tells us that her parents sent her to a predominantly white high school because the local high school is “where you go to get jumped, high, or pregnant”. Watching Starr at her school we see how ingrained her parent’s words have become: don’t use slang, wear nice clothing. Don’t give them any reason to call you “hood”.

When Starr goes to a party in Garden Heights, it gets broken up by gunshots being fired. In the resulting chaos to get away, Starr is driven home by her childhood friend Khalil. In the car they talk about how Khalil and Starr’s lives have become very different since Starr started attending the white school while Khalil has started selling drugs in order to pay for his grandmother’s medical bills. Just after they share a kiss, a police car stops them. While Starr complies with everything the officer says, Khalil does not take the situation so seriously.

Khalil is asked to step outside the vehicle, and after a pat-down and some more questions, he leans into the open window of the car. Trying to see how Starr is doing, he picks up his hairbrush from the seat. The officer mistakes Khalil’s hairbrush for a gun, fires three shots, and leaves Khalil to bleed to death. After this, Starr becomes involved in a police procedure as the only witness available to counter the narrative that Khalil was a reasonable threat to the officer. What follows is a protest movement led by the organisation Just Us for Justice (a fictionalised shout-out to #BlackLivesMatter) to protest police brutality and call for the indictment of the police officer in question. The protests, clearly modelled visually on the ones in Ferguson in 2014, gain national attention when they erupt into violence after the grand jury chooses not to indict the officer. Both the media and one of Starr’s best friends portray Khalil as a good-for-nothing drug dealer who was going to die through some form of violence anyway.

Starr’s place in this movement is complicated even further by the fact that her father Maverick (played by Russell Hornsby) is a former gang member with the King Lords, a gang headed by the eponymous King (played by Anthony Mackie), who was the one responsible for Khalil’s path into dealing. The King Lords terrorise Starr’s family for setting the police on their trail, and Starr is faced by the constant doubt of whether her drive to speak out against an unjust system is worth putting her family in danger.

The fact that this film is a mainstream release is in itself nothing short of phenomenal. It is evidence of a changing world that requires a global audience to (as a bare minimum) be aware of the violence Black people face, particularly at the hands of the US police. The clear and undeniable criticism of police procedures (yes, the police defend each other when they shouldn’t; yes, even the police officers who are your family; yes, even if you think they are the good ones) is a daring move in a country that holds its law enforcement in such high regard. No wonder then that the film has been praised from all sides as masterful and refreshing. But when it comes to actually watching the film, something feels off about it. Every element in itself is good – Amandla Stenberg is a brilliant young actor with a star image that perfectly complements the role she is playing. The cinematography and mise-en-scene are stunning, and particularly the protest scenes are in equal parts beautiful and terrifying. But bringing the pieces together, they simply don’t seem to add up to a coherent picture. This is not to say that The Hate U Give is a bad film. Its two biggest weaknesses are in fact also its most admirable traits: firstly, the film tries to adapt source material that was already widely acclaimed. Angie Thomas’ novel caused a storm within YA circles for the exact same reasons that the film is causing a storm now – there has not been a novel about police brutality with this young a target audience, this wide an audience, and this mainstream an audience. It is an impressive reputation to live up to.

Secondly and more importantly, the film’s aims are too ambitious and its target audience too broad for the two hour run time. It simply tries to do too much. While it heroically takes on the massive task of representing the topic of police brutality, requiring a very knowledgeable and sensitive approach, it also tries to be a crash course in African American history and culture for a global audience. While there is certainly merit in giving clear explanation of the socio-political context to an audience that might not have been introduced to the specific race relations in the US, it can feel patronising to those who are already aware, or even to those who can infer meaning from context. When any kind of African American cultural feature or history is mentioned (the Black Panther Party, any use of slang, 2Pac) viewers are carefully led through clunky dialogue that explains and annotates the exact meaning and symbolism – a device that quickly sucks all impressions of genuine feeling out of the scenes.

The film never resolves its internal conflict: it tugs between wanting to give Black people a platform to speak to one another but also explain to its white audience why this is necessary

Similarly, the white characters’ racism is so overt and clichéd as to be almost comical. Many Black people have heard the phrase “I don’t see colour, I just see people” or have had random references to fried chicken thrown their way, but it feels disappointingly clichéd in a film that seems to want to go beyond Racism 101. And while it is important to look at these obvious statements of racism, it means that the film does not allow itself to interrogate the more subtle nuances that the novel so masterfully discusses – Starr’s PTSD is more or less solved by the halfway point of the film and the question of where Maverick’s priorities lie (staying in his community in order to support it or leaving for a safer neighbourhood to protect his family from gang violence) is haphazardly tacked on.

The film never resolves its internal conflict (or perhaps even paradox?): it tugs between wanting to give Black people a platform to speak to one another but also explain to its white audience why this is necessary. A film that is all about exposing white power structures still feels as if white people are being led step-by-step through the process of slowly acknowledging that racism is bad.

Ultimately, The Hate U Give works best when it allows itself to be a film rather than an imitation of the book or an inspirational speech. The parts where visuals and movement are given space to lead the story, instead of overly sentimental music or hammy voiceovers, are the parts where the film truly seems to speak not just about racism but also to those who experience it. This is most evident during the comedic scene where Starr introduces her white boyfriend to her father who does not approve. At these points, not only are audience members of colour in on the joke, but it is obvious that the joke is in that very moment being played on the white audience members. It is in small moments like these, and not in the scenes upon scenes of exposition of information that we already know, that it truly becomes clear that there has been a shift in filmmaking – cinema is not just for white people anymore.

The Hate U Give is still in cinemas nationwide.

All images taken from the film’s UK FB page.
Images description:
1. A young black man and a young black woman are sitting in the car at night, looking at each other smiling. The picture is taken from the back seat.
2. The film poster. Image torn in the middle, left side showing a young black woman wearing high school uniform, turned to the camera with her left profile, right side showing the same woman facing the camera and putting up a hood of her jumper. Lettering: “Two worlds-one voice-no going back. The Hate U Give in Cinemas 22 October”.
3. A young black woman is standing with her hands up and a terrified expression on her face, tears in her eyes. She’s wearing a blue t-shirt with a picture of a young black man on it and we can make out part of the lettering “Rest in Peace”.