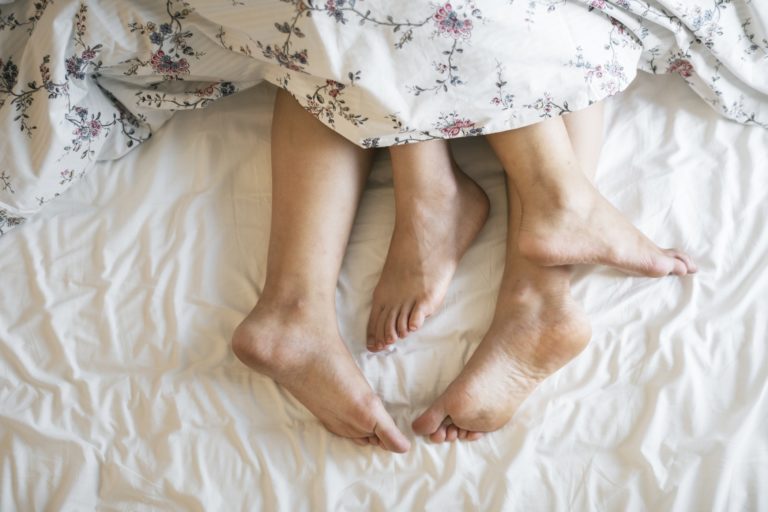 When penetration is impossible: vaginismus, self-worth and sexual fulfilment

I first attempted to have sex when I was 18 years old. I remember my stomach brimming with anxious butterflies as I timidly responded “yes” to his very anticlimactic question of “do you want to do it?”. He was not forceful at all, yet the fear of being vulnerable with a man in such an intimate way was deeply unsettling to me.

I was going through an internal conflict: the socially ingrained attachment of my self-worth to my virginity against sexually pleasing a man was preventing me from separating the act of sex from my own subjugation. Both witnessing and experiencing sexual assault at the age of 17 have forever imprinted themselves in the depths of my subconscious; my relationship with men has not been the same since. Still, I did not want that to stop me from at least attempting to have what I considered at the time to be a ‘healthy’ sex life. And that’s how I found out I had vaginismus.

Why was my own body fighting against me?

From friends’ accounts, I expected my first experience of penetrative sex to be a bit painful. But in my case, no penetration was possible. I could only describe it as a brick wall building itself up to defend against an attack. On top of that, any attempts to achieve eventual penile penetration through foreplay – even with a sufficient amount of lubrication – elicited an uncomfortable, stinging sensation. An intense feeling of shame overtook me, and paranoia set in. Why was I not able to consummate that pinnacle moment that, throughout my teens, had been hyped up to be the be-all and end-all of sex? Why was my own body fighting against me?

After what I now consider to be a semi-traumatic experience, I went on Google. I know an attempt at self-diagnosis is probably not the best idea, but growing up in a traditional, cultural community where sexual education was minimal made it a necessity.

The term “vaginismus” popped up with a link to the NHS website. Slightly trembling, I clicked on it. The definition of the condition read “the body’s automatic reaction to the fear of some or all types of vaginal penetration”, characterised by involuntary muscle spasms. To quote the website: “You have no control over it.”

Those six words kept playing over and over in my head, laughing mockingly at me. I became convinced the article was directed at me. I could just feel it in my heart that I was suffering from this condition and needed to receive treatment. If I didn’t, I would never find love or have a family – because, obviously, my life’s sole purpose as a woman is to fit into a sexist, heteronormative model that society has designed for me. The oversexualisation of relationships in the media and in everyday life focussing on penile–vaginal sex only added to my feelings of sexual inadequacy. Love and sex have become so entangled in mainstream culture that any ‘failure’ to fulfil conventional sexual expectations is deemed defective.

According to a 2016 article in The Independent titled How sexist stereotypes mean doctors ignore women’s pain, men and women experiencing similar conditions receive unequal treatment in A&E, with women experiencing longer waiting times. The disregard of female sexual pain by scientific institutions is also discussed in Lili Loofbourow’s The female price of male pleasure written for The Week. Loofbourow reveals that it takes most women 9.28 years to be diagnosed with endometriosis, while men are generally given Viagra prescriptions after just one appointment with a doctor.

Of course, it is not new information for women that medical professionals don’t take women’s health concerns seriously. Responses to my worries were what I expected: dismissive. Friends encouraged me to “keep trying”, saying “it’s just first time anxiety getting to you.” Soon after, a visit to a male gynaecologist left me feeling violated, belittled, and devastated. After expressing genuine worry about my sexual health, the ‘examination’ consisted of him checking out my cervix with his glove-clad index finger. Finally, he declared “yep, no problem fitting in from what I can feel”, which was followed up with the unsolicited advice that I should be “cautious with men because all they want is sex”. It still infuriates me to this day that not only was I completely dismissed by a supposed ‘professional’, but also that I was sexually objectified, and that is just a microscopic insight into how women’s physical distress is disregarded and above all else, distrusted.

The moment when I was finally heard was when I paid a visit to my local GP at my university’s medical practice. I went in with little hope that I would be understood and acknowledged. To my surprise, the doctors at hand were extremely accommodating and behaved in a way that made me feel safe and comfortable. After multiple questions about my sexual history, the time came to be examined. It took them almost no time after the insertion of a vaginal speculum to realise that it wasn’t going anywhere. The pelvic floor muscle spasms were too intense to allow any thorough examination. The pain was unbearable. I couldn’t breathe. They wrote something on a piece of paper and handed it to me: “Vaginismus”, it read. I gave them a poignant yet grateful smile and responded, “I know”.

Needless to say, I was devastated. It’s one thing suspecting that you’re unlucky enough to be that one woman out of every thousand suffering from this condition, and another having it confirmed from a medical professional. They told me that the NHS waiting list for treatment is a year long. ‘Psychosexual therapy’, which is offered by the NHS, involves Kegel exercises to strengthen the pelvic floor muscles, and the vaginal insertion of dilators of progressively increasing sizes for about two to three hours a session. In addition to that, emotional support is provided alongside discussions of sexual trauma, working to dismantle internalised fears towards sexual encounters.

Feelings of utter fury were battling with feelings of self-hatred. I felt like I was back to square one where this all started. Why me? Do I not deserve to experience sex the same way my friends do? The same way most people do? Why does God or the universe wish even more suffering upon me? Have I not been through enough hardship with my history of chronic mental illness? But I guess this is just another physical manifestation of it.

I’m not a believer in the philosophy that everything happens for a reason. Sometimes things happens to us that we can’t explain, as much as we want to. I think this can make circumstances harder, or easier, to cope with. In my case, the support I received from my friends was immense. Talking to them in detail about my condition helped them to be more understanding, and their willingness to listen meant far more to me than their initial, unintended ignorance regarding vaginismus. Time and time again, they have since reassured me that my worth and sexual fulfilment does not revolve around my ability to have penetrative sex. After all, sex is so much more than a penis in a vagina. Sex, to me, is a holistic experience during which my communication and connection with the other person takes on a key role. It’s about being vulnerable and intimate.

I believe that more awareness should be raised in regards to female sexual health conditions. Painful sex amongst women is not uncommon. Research findings published by the International Society for Sexual Medicine in 2015, reveal that 30% of women in the US experience pain or discomfort during vaginal penetration. The indoctrination of women into a system of shame prevents them from voicing any of their issues in fear of being dismissed with a passing comment. “Just relax. I’m sure it’ll go away if you just … relax.”