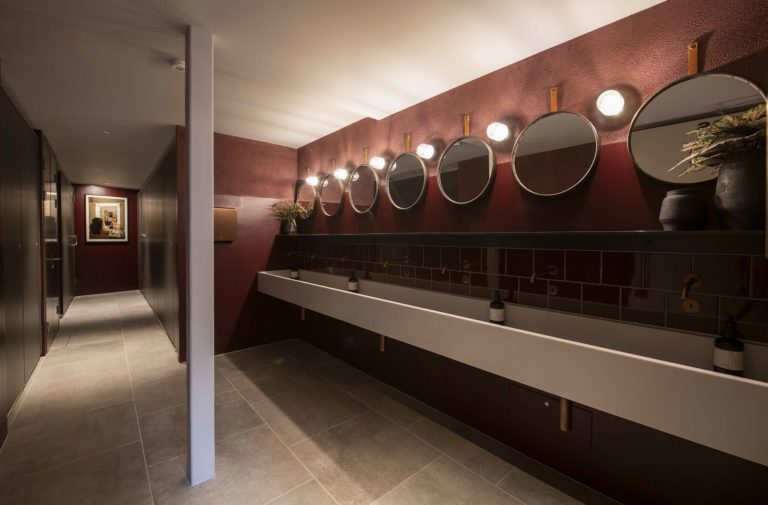 There aren’t ‘two sides’ to this story

I didn’t realise I’d spend this much of 2019 talking about toilets. If the lack of provision at Premier League football clubs for away supporters wasn’t enough, last week the Old Vic in London revealed their new refurbishment included increasing their 12 women’s toilets and 10 men’s toilets to 44 toilets in total, including 24 toilets in blocks without urinals plus another 18 toilets elsewhere (all labelled either gender neutral or available for users to self-select) – and things ‘kicked off’ on Twitter. Many people, including those I follow who work in the arts, were very supportive of this move, but there was as usual a very vocal group of people who seemed mightily pissed off, claiming once again that gender inclusive toilets are somehow damaging to women.

The Stage newspaper, an excellent theatre publication which I’ve subscribed to for a few years published a thoughtful, balanced piece from Amber Massie-Blomfield, broadly in support of the Old Vic’s provision. Massie-Blomfield used to run a venue and has written extensively about theatre for The Stage and other publications. She knows what she’s talking about.

Soon afterwards, The Stage published a second article by Sarah Ditum criticising the Old Vic’s new toilet provision. Ditum is known for her ‘gender critical’ views and strong opinions about toilets, but isn’t as experienced or informed about theatre spaces as Massie-Blomfield.

And then The Stage withdrew both articles. They say they have “received strong responses from our readers against both”, and are using that as a reason to ‘unpublish’ both – and crucially therefore not take a side.

The thing is, I think this supposed ‘debate’ was actually settled some time ago, and that those who argue that their views or concerns are valid and aren’t being listened to are either misinformed or often arguing in bad faith. Every single one of the arguments put forward by those who are against gender-inclusive toilets (toilets where you can use whichever facility seems right to you or ‘toilets’, as I like to call them) has been answered time and time again. The chief arguments I’ve seen are about safety, distaste and very occasionally religion.

To take safety first, those arguing against toilets un-segregated by gender argue that men who seek to either attack or leer at women will take advantage of being allowed to go into toilets with women as a further excuse to do this. This argument ignores that non-segregated toilets have been used in many places – our homes, offices and public spaces – for years and years without a dramatic uptick in attacks. It ignores that men can already go into women’s toilets to commit offences and indeed do. And it ignores the fact that trans people are far more likely than cis people to experience violence.

It’s of course possible to cherry-pick the occasional statistic which implies that mixed toilets might be slightly more dangerous in some circumstances, but these instances are few and far between. And I’d argue that we might have better results preventing violence against women if we spent more energy focusing on consent, believing women and getting better at convicting rapists.

And yet, somehow this spurious idea of a ‘debate’ keeps reappearing. Superficially the ideas purported against inclusive toilets seem plausible, so well-meaning people think they need to let ‘the other side’ be heard

The next argument that comes into play is usually something to do with distaste. That women don’t want to walk past men using urinals or that men leave loos in a more disgusting state than women. In the specific case of the Old Vic, there are 24 cubicles available that are quite separate to the urinals (twice as many as before). You don’t need to go near a urinal if you don’t want to. Removing the specific labels “ladies” and “gents” just means that gender non-confirming people just don’t need to worry quite as much as before about which loo they go in. And as an ex-cleaner, I am far from convinced that men are more dirty than women!

As a last-ditch attempt to prevent inclusive toilets, sometimes strong religious beliefs are invoked as the reason why they shouldn’t exist – Massie-Blomfield includes a mention of this in her piece. The thing is, I’ve only ever seen this argument made by women like me – white middleclass women with privilege. I’m more than happy to hear from women who have a legitimate reason to avoid inclusive toilets, but I’ve not heard from one yet.

I’m not the first person to write about this, of course. Only last year, Simona Castricum wrote this for The Guardian. Samantha Riedel wrote this for bitchmedia in 2016. It’s for a US market but the argument stands. Even some of the comments on this piece dating all the way back to 2000 are quite reasonable. I am saying nothing new. When people read through everything, most realise what a great idea it is to have inclusive toilets.

And yet, somehow this spurious idea of a ‘debate’ keeps reappearing. Superficially the ideas purported against inclusive toilets seem plausible, so well-meaning people think they need to let ‘the other side’ be heard. Or anti-trans groups who often claim they speak for all women or all feminists complain enough to make organisations pause. And then we’re back to making sure everyone gets to have their say, while discrimination against trans people increases. My guess at the reasons for this will have to wait for another day.

So I don’t think that removing both articles from The Stage’s website was the answer. On the one hand, you have theatre professionals and those who actually work with marginalised groups; in other words, people who are actually qualified and experienced to speak about the issue. On the other, you have scaremongering and bad faith arguments. It’s not a debate. It’s quite clear to me that history will look back on this point of time and be baffled.

Until it clarifies its editorial position, I won’t be reinstating my subscription to The Stage. I doubt very much that my £30-odd a year will make that much difference to them, but I’ve got to stand by my trans. Anything else ignores all the evidence that gender inclusive toilets harm no one and mean we all have to queue a little less.

Note: Any comments on this post or in reply on social media will be moderated by collective members in accordance with The F-Word’s own guidelines and specific reference to The F-Word bloggers’ position on transphobia and cissexism.

The feature image is from the Old Vic and is by David Jenson. It shows a row of mirrors and lights above a long sink. To the left of the photograph is a corridor where the floor to ceiling doors to the toilets can be seen.

[This article was edited on 10 October 2019 to more accurately reflect the Old Vic’s toilet provision. The full numbers are in a comment below.]