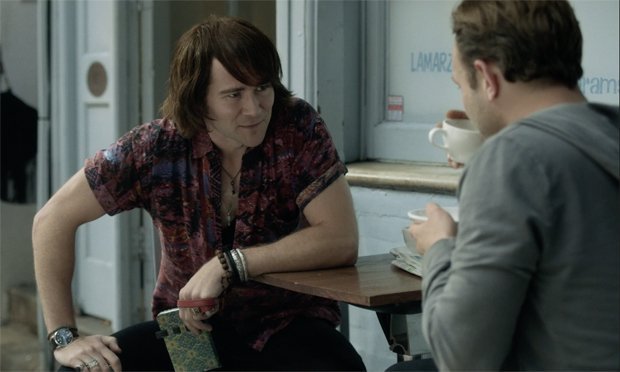 Tomorrow: a weak attempt at exploring the complexities of pain and trauma

Martha Pinson’s directorial debut Tomorrow (2018), a story of the challenges faced by soldiers returning home after a tour of duty abroad, was released on 27 September to overwhelmingly negative reviews. Time Out called the film a “cringe-inducing playbook of clichés and superficial writing”, while The Guardian deemed it “a bit like a vanity project that’s not even that flattering”. With its unconvincing characters and flat dialogue, the film is indeed disappointing – particularly given that Martin Scorsese’s name has been stamped across it as executive producer, Pinson having previously worked with him on films such as The Departed and Shutter Island. The ropey dialogue and grating character portrayals carry with them a particular pathos given the laudable motivations of the film; it deals with an array of complex issues such as HIV, disability and PTSD, and Pinson worked primarily with the charity Help for Heroes to both help inform the narrative and to recruit veterans as extras. Tommorow had the opportunity to open a fresh dialogue on disability and trauma, yet for all its ambitious aims it fails to achieve this. Crucially, the film presents trauma as a solely masculine experience, offers one-dimensional portrayals of women and does very little to address the realities faced by veterans returning from war. The film centres around Tesla (Sebastian Street), a British veteran of the war in Afghanistan whose combat experience has left him with PTSD, physically disabled and in a wheelchair. Dumped by his girlfriend while on tour, he is unanchored and alone, spending much of his time solitarily drowning his sorrows until he meets edgy man-about-town Sky (Stuart Brennan). Sky introduces Tesla to his two predictably younger and attractive female friends Katie (Stephanie Leonidas) and Lee-Ann (Sophie Kennedy Clark) and they form a convenient foursome. Katie, a budding businesswoman, includes Tesla in her plans to open a restaurant so he must work to prove himself (through an eyebrow raising narrative conflation of the kitchen and the warzone) as a talented chef to win investment for their dream business.

Even though Tesla’s relationship with Katie forms the basis for his new, post-Afghanistan life, the film is written as a sort of odd-couple buddy drama, featuring an unlikely friendship between two men, clearly differentiated based on each one’s expression of their (heterosexual) masculine identity. Tesla, an ex-soldier and ‘man’s man’, drinks pints, has a local accent and expresses anger through rage; the well-spoken Sky, on the other hand, wears open-buttoned flamboyant shirts and floppy hair, and frequents trendy coffee shops and wine bars. Despite their differences, however, the men are immediately drawn to each other’s unarticulated pain. Both Tesla and Sky are supported by female companions but, despite their seemingly integral roles, the women in the film are largely sidelined, acting as plot devices rather than well-rounded characters. Katie’s characterisation, for example, begins and ends with her desire to open a restaurant, and even this motivation functions solely as a catalyst for Tesla to enter a new career as a chef rather than exploring her feelings and ambitions. Lee-Ann seems to be sitting all day in a dark cupboard, painting cringey pictures of Sky until the time comes for her to emerge and talk in hushed tones to, or about, her love interest. Although they live together, we see no meaningful dialogue between the two women without the men present. Alison Bechdel would weep. Despite the narrative potential for foregrounding a network of positive relationships, the only friendship that counts in Tomorrow is between Tesla and Sky, extending the healing power of male bonds from the front line all the way back to the home front.

A key strategy used by militaries across the world is to create a strong masculine collective, reinforcing a practice of intense bonding which results in soldiers being willing to kill – and indeed be killed – on behalf of their brothers in arms. Tomorrow alludes regularly to this; a recurring image is the photo of Tesla and his platoon in Afghanistan that he keeps in his living room. Despite all the visual triggers for violence, war and grief, this photo comforts Tesla and appears to provide him with his only source of stability as he navigates a new life, new friendships and the uncertainty of a new career. In the war he was part of a unit, a whole. Since combat provides the ultimate stage for the performance of masculinity, the all-men collective here can only exist while excluding the feminine, both symbolically and materially; it comes as no surprise there are no women soldiers in that photo.

By excluding Katie and Lee-Ann from the traumatic experiences throughout the film, Tomorrow associates trauma only with male protagonists who share it on a deep level, between man and man.

The formative masculine collective must be translated from military to civilian life for Tesla to feel fulfilled. Despite starting a relationship with an ambitious and gifted woman, the plot prioritises Tesla’s navigation of his relationship with Sky. While sweet and attractive, Katie is portrayed as ignorant of PTSD in general and Tesla’s experience. One particular scene shows the couple attending an art exhibition addressing themes of war and conflict which includes pieces like hanging bullets and gold-painted assault rifles. Disturbed Tesla leaves the show to the dismay of his girlfriend who doesn’t seem to grasp the connection between a room full of AK-47s and a war veteran having a panic attack. Similarly, Sky battles with the physical and psychological burden of the repercussions of untreated HIV. As he refuses to accept his illness and doesn’t mention it to anybody for much of the film, his love interest Lee-Ann bears the brunt of his silence. Sky routinely rejects her advances with no proper explanation and refuses to talk to her when she tries to reach him. When his health severely deteriorates, it is Tesla who carries Sky to hospital, ‘saving’ him; something that Sky acknowledges at the end of the film. Only after the masculine bond has been consolidated by this act of heroism (much like in the war zone) can Sky open up to Lee-Ann about his illness.

By excluding Katie and Lee-Ann from the traumatic experiences throughout the film, Tomorrow associates trauma only with male protagonists who share it on a deep level, between man and man. This results in unsatisfactory portrayals of women who are either too career-oriented or too submissive to understand the pain experienced by the male protagonists – as if trauma were something that women cannot relate to in any meaningful way.

Tomorrow deserves some credit for trying to further the conversation around PTSD, HIV and the re-integration of soldiers into civilian society upon return from war. However, the film’s attempt to increase visibility of disabled bodies on screen is severely problematised by the fact that Sebastian Street is able-bodied; it is quite ironic that while veterans were recruited as extras, the able-bodied co-writer and star was put in a wheelchair to play the disabled protagonist. Portraying young, fun-loving friendships to the cheesy pop soundtrack (Queen’s ‘Under Pressure’ to underscore a stressful business deal, anyone?), Tomorrow desperately wants to be a ‘feel-good’ film. This, however, makes its treatment of the complex issues it sets out to address somewhat flippant. The film largely ignores the harsh realities faced by soldiers on return from war: while it alludes to a struggle with alcohol in the opening scenes, little is done throughout to address the staggering levels of homelessness, drug addiction and social isolation faced by many veterans. Despite its ambition, Tomorrow is a film that spreads itself too thinly, ending up as problematic as it is unconvincing.

Charities helping British veterans include Help for Heroes and STOLL.

Both images found online and may be subject to copyright; published here under fair use policy.
Images description:
1. Two men are sitting at an outside cafe table drinking coffee, we can only see one of them as he’s facing the camera. He is white, has shoulder length black hair and stylish maroon short-sleeved top, bracelets on his wrist and a necklace. The other man whose back we see has short fair hair and is wearing a grey hoodie. Taken from the website film.list.co.uk.
2. The film poster. A mosaic of images on mint-green background. The pictures include the film’s main characters, with Sebastian Street as Tesla in the centre of the poster wearing his combat gear. The lettering at the bottom reads: “A Martha Pinson film Tomorrow. Every day is a gift”.