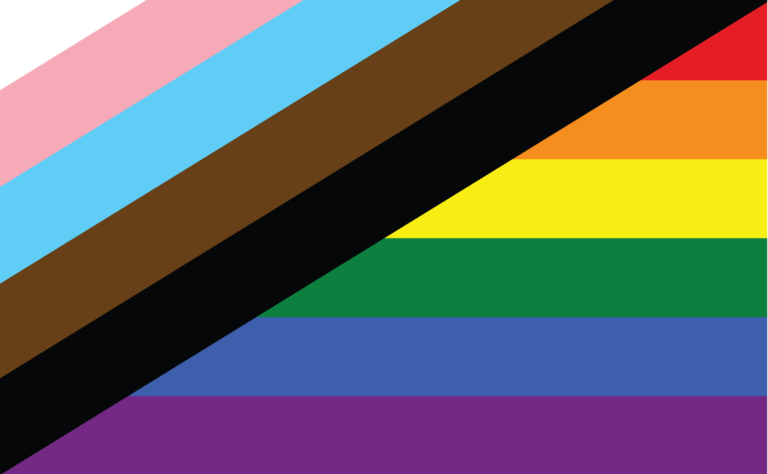 What to watch for LGBT+ history month

LGBT+ History Month is upon us once again and libraries, student organisations, community centres and cinemas all over the country are ready to inform the public about LGBT+ History in the most accessible way possible: film screenings.

However, these screenings seem to always consist of either Paris Is Burning or Pride and very little else. While both of these films are iconic in their own ways and should indeed be seen by anyone who has even a passing interest in history, there is very little for those of us who already know them inside out – I have seen Paris Is Burning four times and Pride three times. I feel slightly ready to move on. So this LGBT+ History Month, let’s look at some required viewing that is slightly outside the expected.

Cheryl Dunye’s film has become an emblem for Black lesbian film-making. The film deals with Dunye’s investigation into a Black woman actor from the 1940s who, like so many Black actors at the time, was not credited by name at all. She is simply listed as “The Watermelon Woman”. Dunye is determined to find out who she really was, while at the same time trying to figure out the dynamics of her own relationship with a white woman. Dealing with the intersections of race, class, gender expression and sexuality, the film looks at the ways mainstream narratives influence our view of ourselves. Dunye asks us how, as marginalised subjects, we construct our own history and our own archives of pop culture.

Consisting of three separate storylines set in the same house, the film looks at the different relationships that the inhabitants have. Despite each story only making up a third of the film, the characters that form the couples are carefully fleshed out. Through the different narratives, the film deals with ageing, family life, the cliques of activism and of course the challenges and joys of romantic relationships between women.

This criminally under-hyped film stars the amazing Bernadette Peters and Thomas Brodie-Sangster in a story about a lesbian couple, Bobbie and Bailey. While trying to keep their pub running, the pair suddenly find themselves the primary caregivers for a young boy after his parents die. What is so refreshing about the story is the way in which the gay characters, despite being in early-2000s Ireland, are just allowed to be themselves. Of course there are parts where their relationship is the explicit subject of the narrative, but most of the supporting characters in the film just take Bobbie and Bailey’s relationship for granted. The film deals with the subject matter in such a multifaceted way that it could have been made today. This documentary chronicles the life of Jason and Tracey, a transgender man and cisgender woman, over the course of eight years while they try to conceive. Initially, Tracey seems the obvious choice to become pregnant, but a breast cancer diagnosis makes that impossible. The backup plan is for Jason to stop taking testosterone and postpone his hysterectomy.

Receiving massive critical acclaim on its release, one aspect that reviewers seem to return to again and again is the sheer likability of Jason and Tracey as a couple. The intimate way of filming (single camera, filmed by Jason himself) immediately undoes any notions that you are watching a documentary that is either sensationalist or clinical.

India’s first major-budget film about a lesbian relationship since the 1996 feature Fire stars the ever-enchanting Sonam Kapoor as Sweety, who has to hide her relationship with a woman from her family. A lot has changed since 1996 – for one, Ek Ladki was the first LGBT+ related film to be released after India’s decriminalisation of homosexuality. Furthermore, without undermining the importance of Fire , it has to be noted that the latter is a decidedly depressing film, both in aesthetics and storylines. Ek Ladki, on the other hand, shows LGBT+ life as not just being doom and gloom, with superb set design, amazing costumes and many adorable and humorous moments.

In this documentary, filmmaker Cecilia Montagut analyses what it means for lesbian relationships to grow and develop during incarceration, as well as considering what it means for women’s prisons to be female-only spaces. While the sexual dynamics between men in prison have almost become a cliché (which is not to say that they have been handled especially well), very little has been created to explore the lives of women in the same situation. Women who have experienced the prison system are encouraged to recount the relationships that they have fostered in this space. Miseducation deals with the quiet, introspective Cameron Post as she is sent to a conversion therapy camp run by fundamentalist Christians. In one of the biggest awards snubs in recent history, Miseducation failed to pick up any nominations at the Academy Awards or Golden Globes, despite winning the Grand Jury Prize at Sundance. Similarly, it took a long time for the film to get distributed, only to then reach a relatively small portion of theatres.

This is one of the clearest cases of Hollywood bias against films that are female-led, female-directed and contain a multi-ethnic cast. While its 90s setting hardly qualifies it as a costume drama, the complete and utter attention to detail in terms of set design and atmosphere, definitely makes it feel like one. Perhaps the highest accolade should go to the young actors portraying the inhabitants of the conversion camp – both the lead and supporting cast bring the characters to life, without ever falling into a stereotypical portrayal of what it’s like to be LGBT+.

Having been a fan of Emily Danforth’s source novel since its release in 2012, I must admit to being initially skeptical when all-American sweetheart Chloë Grace Moretz was cast as the tough and stubborn Cameron. However, my skepticism turned out to be entirely unfounded, as Moretz’s performance was magnificent in every aspect. The performance works especially well because of director Desiree Akhavan’s beautiful approach to the adaptation, which doesn’t try to make a clear-cut imitation of the novel, but rather looks at how the medium of film can be used to tell a story as intricate as Cameron’s. This is a bit of a controversial item on the list. The film is about a Chilean trans woman, Marina, whose boyfriend Orlando suddenly dies. We are shown how, on top of mourning Marina is suddenly confronted with Orlando’s family and the bureaucracy of the investigation into his death. Critics have rightfully pointed out that there are many scenes which fall into age-old tropes about trans women (yes, there is a ‘mirror scene’ and yes, there is a scene where the song Natural Woman plays), as well as showing unnecessary violence and nudity. On the other hand, the film does show the sheer exhaustion of existing as a marginalised subject, constantly having to justify your existence and your experiences, even when trying to do something as personal and emotional as grieving.

The reason why I chose to include the film anyway is less to do with the subject matter and more about the production process. Given the rise of debates around casting cis actors in trans roles, it’s refreshing to see a film that erases all questions of whether trans actors can carry a lead role. Not to mention that the multi-talented Daniela Vega became the first out trans person to present at the Academy Awards ceremony. The film also became the first Best Foreign Language winner to have a trans main character. While there is plenty to criticise about the Academy, there is no denying that this is a major counterargument against studios and casting directors pretending that trans-led films can’t be commercially or critically successful on a global scale. • Rafiki (2018)
Controversially banned in its country of production upon release, this Kenyan film deals with the blossoming love between two girls in Nairobi and is the first Kenyan film to do so. The story is a pretty straightforward girl-meets-girl romance, but what really makes it stand out from the crowd is the beautiful cinematography and hair/makeup design. The mix of bright pastel and neon colours give the film a dreamlike quality and beautifully (though tragically) contrast with the harsh reality of homophobia which the film portrays.

One of the few Dutch films to ever win an Oscar for Best Foreign Film, Antonia’s Line perfectly captures the atmosphere of the religious countryside in the Netherlands. The film follows four successive generations of willful women as they deal with prejudices, tragedies and post-War conflicts in their small town. While the part of the film that focuses on LGBT+ characters is relatively small, the film needs to be commended for its fleshed-out portrayal of its ensemble cast and the wide variety of women represented.

Images courtesy of LGBTPlus History Month, IMDb, Peccadillo Pictures, Film Movement and Sony Classics.
Image description:
1. The new Pride History Month flag. The colours of the homosexual rainbow flag are cut diagonally by four other colours, from the top: pink, light blue, brown and black, representing the transgender, asexual and queer people of colour communities. It’s based on the rebooted pattern by Daniel Quasar.
2. A still from the Watermelon Woman. The main character, a young black woman, sits on a bed, smiling towards a young white woman that sits next to her. The white woman holds a glass of wine while the Watermelon Woman smokes a cigarette. The two look intimate and comfortable with each other.
3. A still from a Deal With the Universe. Jason swims in a pool with a visibly pregnant belly. He wears yellow and orange flower-patterned boxers.
4. A still from the Miseducation of Cameron Post. Cameron and two friends sit in the back of a blue truck at sunset. Her friends look up at the sky. Cameron looks at the camera. They all wear vintage denim outfits.
5. A still from A Fantastic Woman. Marina dances with an older man in a club, foreheads touching. The club is lit up by vivid pink lighting.
6. A still from Rafiki. Two young women of colour, Kena and Ziki, are laughing on a boat. They wear trendy modern clothing. Ziki has pink and blue dyed hair.