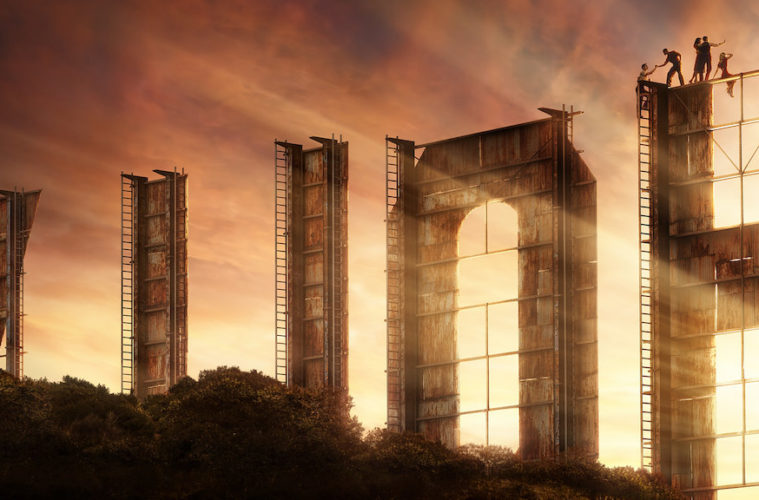 “Hollywood” is not for straight white people: deal with it

Directors and writers Ryan Murphy, Janet Mock and Ian Brennan return to Netflix with Hollywood, a mini-series reinventing Hollywood in the 1940s to imagine what it would have been like if diverse people were given a fair chance in the brutal filmmaking industry.

To be fair, I have never been a fan of Murphy’s larger-than-life storytelling. I’m also the kind of person who spies on early reviews to see whether a new release is worth my time and, judging solely on that, I had decided Hollywood wasn’t such a show. Described by usually trustworthy sources such as The Guardian and Variety as “shallow” and with “little worth saying”, I had set it aside. But when my girlfriend, a long-time fan of Murphy’s work, put it on anyway, I found myself absolutely absorbed by it. Imagine my surprise when not only us but my entire group of queer friends loved the hell out of it.

When’s the last time we saw so much diversity at the forefront of a mainstream show? These individuals, typically excluded from the Hollywood narrative, find themselves working together to produce Hollywood’s first movie starring a black lead, despite impending threats from studio executives, tabloid magazines and the Ku Klux Klan. All you need to know to get the feeling of it is that, in the end, everyone except the white guy wins an Oscar.

While the show’s fictionalised 40s Hollywood does come around to see the potential in telling diverse stories, we in the real world still seem to be stuck on the idea that, for diverse stories to be worthy, their impressiveness needs to come from their tragedy
When the show’s tagline literally reads, “What if you could rewrite the story?”, critiquing the show for its lack of accuracy does seem like missing its message completely. Anybody with a superficial knowledge of Hollywood’s history could guess that, in real life, these characters would not have been able to have such a career. That’s not what the show is about. My passion for queer feminist filmmaking would not have been engaged if this was a grounded drama showing Hollywood’s injustice, because I get enough of that in my job. I get enough of that from history books. What I don’t get enough of is people like me getting to have a happy ending or an epic tale told about them. We are so subconsciously driven to expect diverse characters to meet tragic endings that anything outside of that is apparently unfathomable (or “wishful thinking” I guess).

Murphy, Mock and Brennan know exactly who they’re making this for. They trust their target audience to understand the spirit and the inside jokes. The show is a Hollywood retelling of Hollywood itself. A brighter, more patinated, more hopeful and inspirational version. The main characters are heroes, likeable, beautiful, misunderstood and ahead of the game. The array of representation also includes a positive look at sex work and elderly women exploring their sexuality. But the characters are far from tokens, as they hold the central platform and voice out their complexities. We get to see them unite and collaborate despite all odds. It means even more when a happy ending is given to the characters based on real people, such as Rock Hudson, Anna May Wong and Hattie McDaniel. It’s a moving homage and groundbreaking moment to think we have reached the point where queer filmmakers get to tell those stories on a platform as wide as Netflix – thanks to this project, Janet Mock became the first black trans woman to sign with a major studio.

It’s not like the show lacks conflict or tragedy. To give a couple of major examples, Archie Coleman’s house is set on fire by the KKK and Rock Hudson is raped by his agent (Jim Parsons) multiple times. The bias, micro-aggressions and social pressure are present throughout. But it’s the way they’re presented that is original and unfamiliar. Mainly because these events are obstacles in a larger journey, rather than an endnote, and because we see the characters process them and reclaim their agency.

Mock has talked about how the writers room kept circling back to wanting a happy ending and questioning whether that would have been suitable, because they were so unused to expecting a positive outcome. What’s disappointing is that, while the show’s fictionalised 40s Hollywood does come around to see the potential in telling diverse stories, we in the real world still seem to be stuck on the idea that, for diverse stories to be worthy, their impressiveness needs to come from their tragedy.

Hollywood is available on Netflix UK.

Images courtesy of Netflix Media Centre.
Image description:
1.The show’s poster depicts the back of the Hollywood sign against a majestic sunset light. On the top right corner, we can spot the silhouettes of some of the show’s major characters, helping each other to climb on.
2. Black lead Camille Washington and Anna May Wong, inspired by the real Chinese American actress, attend a ceremony in beautiful 40s clothes. They stand next to each other and smile.
3. From left, main characters Raymond, Archie, Jack and Rock lean against a car in their work uniforms.