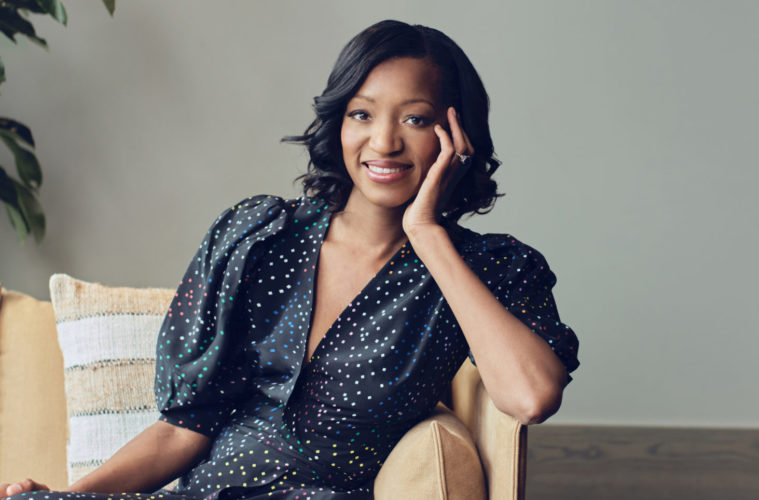 They asked me to play the maid, so I got myself on Forbes

Less than 1% of venture capital funding is provided to minority businesses, Despite many companies supporting “Blackout Tuesday” by posting a black box on their social platforms or making a donation, these same companies often do not have racially diverse boards or management teams and do not reflect their support in the portfolio companies they invest in or partner with.

We’ve seen this hypocrisy called out at times, but I was lucky enough to have an in-depth conversation on the subject with Rose Hulse, a living example of the struggle and micro-aggressions that Black people face when trying to forge a path for themselves.

Nobody would say no to Rose Hulse now. Having recently made Forbes’ list of “Black Female-Owned Businesses You Need to Know”, she runs her own company ScreenHits TV, a platform that unifies all streaming subscriptions (e.g. Disney+, Netflix, Amazon…) in a single space for free, but also acts as a marketplace for the buying and selling of content.

But Rose’s origin story is far from easy. As a child she wanted to be an actress, but her teachers wouldn’t let her audition for the lead role in the school’s play. Instead, they asked her if she wanted to play the maid. She was twelve.

After similar episodes repeated time and time again in casting rooms, Hulse decided to move to the other side of the camera to try and create for others the same opportunities that producers wouldn’t give to her. She got a Business degree and worked for well-established companies such as Sundance Institute and The Hollywood Reporter. She then took that experience into building her own media company.

During our chat, she tells me that she met with hundreds of companies to explain her ScreenHits TV idea and try to get funding. Most of the meetings were in the UK. Despite Hulse promoting and recognising the potential of streaming platforms as early as 2010, many of the investors weren’t ready to see it. And that might have been because of the voice that was promoting them.

“Everyone said I was investable, but they never did [invest],” Hulse tells me. “I kept wondering what I was doing wrong. They were asking so many questions, probing so much, wanting so much detail. They would eventually tell me the idea was too new, not viable enough. And one of those same companies invested in a white male competitor with a similar idea for up to 20 million dollars. That’s when it kinda hit me.”

Once this unconscious bias came to light, Hulse kept spotting it. When comparing her meetings to those of her white male friends’ she realised that while she was being questioned on economics, data and financial profits, her male counterparts got to spend time explaining the creative concept with much more freedom.


“People just want a seat at the table,” Hulse explains. “There are so many educated people. People just want opportunity, whatever that is on the spectrum. And these companies have the power to do something about that. But if they don’t invest in these people, these people never have a chance to get on the ladder”
She obviously turned to companies that catered specifically to Black or women-owned business too, but their response showed how complex the issue can be. The companies which were technically built to support minorities couldn’t invest unless she had a major investor backing her already.

“They told me that they only had the potential for smaller investments, and without the insurance of a bigger investment, their money would be wasted,” she explains. Unless change starts from the top of the chain, there is only so much good-willed people can do.

After raising investment from friends and family in a seed round, Hulse finally managed to found her company in 2012, which is now successfully operating and gaining more success and recognition everyday. Seeing some of the very same companies that turned her down now donating to Black Lives Matter or posting their support without actively questioning their bias is particularly annoying. Nobody would dare to say that donating money is not useful, especially in dire times such as these, but in many cases it’s also a strategy for companies to clear their conscience or look socially aware without having to actively address their own operations.

“People just want a seat at the table,” Hulse explains. “There are so many educated people. People just want opportunity, whatever that is on the spectrum. And these companies have the power to do something about that. But if they don’t invest in these people, these people never have a chance to get on the ladder.”

When I ask Rose what kind of change she hopes to see ten years from now, she says that change will need to come from all sides and institutions. We need to educate people on change.

She is keen to highlight how education comes from everywhere, not just in school but in media too. She briefly mentions Cops as an example of a show that is very directly promoting police violence and was only recently taken off-air after the George Floyd’s protests.

She is also constantly checking up on her daughter’s teachers to see how they incorporate African stories in the curriculum, but often finds it is still very much “segregated”. While there are initiatives such as Black History Month, there is a severe lack of simply incorporating Black people’s successes and stories in mainstream education.

“Why do we need a list of the ten best Black scientists?” Hulse asks. “Why can’t it just be a list of the best ten scientists and make sure all students can see themselves represented in some form?”

Hearing Rose Hulse’s story is incredibly inspirational, but it’s also staggering to acknowledge how young she was when she was first confronted with the difficulties of growing up as a Black woman. And while social media is currently undergoing a trend of promoting Black-owned businesses, it’s important that such awareness doesn’t fade when the protests do, because the stories of how those businesses got to exist is so reflective of the battle against institutional racism.

Images courtesy of ar:pr and Sophia Spring.
Image description:
1. A portrait of Rose Hulse in a black dress. She looks into camera with a smiling expression. She appears to be quite relaxed and rests her chin on her hand.
2. The silhouettes of a man and a woman sit on a couch in darkness, looking at the Screenhits homepage on their TV.