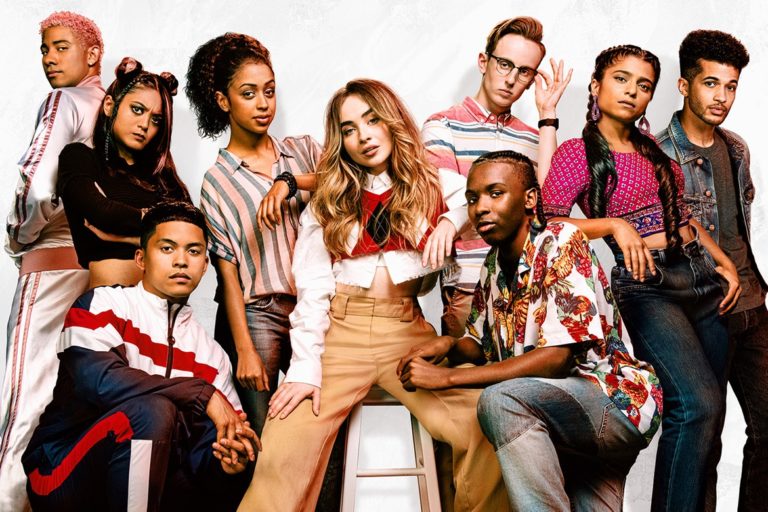 A new era for the dance movie

With the world being in a lot of chaos at the moment, many people (me included), are in the mood for some simple, effortless viewing. When the world seems very bleak, I just want the cinematic equivalent of a fluffy blanket. Two of the nicest, but also most interesting, viewing experiences for me during this pandemic have been Feel the Beat and Work It. The two films have a lot in common; they are both 2020 Netflix releases, they are both directed by women (Elissa Down and Laura Terruso respectively) and they are both dance movies.

I have never been a particular fan of dance movies, for the simple reason that quite a few of these films have the same basic plot; a girl who initially seems to have it all gets overly confident during her big audition and thereby loses the opportunity to reach the dream that she’s worked on for her entire life. In order to get back in the field, she needs to coach a bunch of seemingly-incompatible misfits to take part in a dance competition. While the side characters are all elated at having this opportunity, the main character keeps her eyes so closely on the prize that she drops out of the competition when another way to achieving her dream opens up for her – she doesn’t realise that what was truly making her happy all this time was the companionship of her friends, rather than the prospect of her dream. At the last possible moment she changes her mind, runs on stage to join her friends and they deliver a great performance in which everyone is given their individual chance to shine. Oh, and the girl gets the guy. Think of Burlesque, Coyote Ugly and, with slight adaptation, Step Up, Bring it On and Flashdance.

Dancing has traditionally been a way for films to show the touching of bodies without nudity, making it a good visual shorthand for (sexual) desire without the fear of censorship. More classical forms of dance, like ballroom and ballet, tend to put emphasis on female dancers looking as graceful and passive as possible, regardless of how many years of training go into this illusion of effortlessness. However, Feel the Beat and Work It focus on dance styles developed in the late 20th and early 21st century, like hip hop, street dance, breakdance and fusions of these styles (yes, including TikTok dances). Women take a more obviously active role in these types of dance, allowing them to lead the direction of movement and determine the tempo while dancing. This has very strong implications for women’s agency, especially when it comes to the sequences between the main characters and their love interests, where dance is obviously used as a sexual metaphor.  We see the work that goes into the seemingly effortless movements, rather than just the polished end result. Instead of marginalised identities only ever existing in relation to oppression or hardship, we get to see characters here who simply embody these identities, even if there is no big plot point to be made
Because friction within a group setting is often an integral part of the plot, we see these characters interact with each other in a way that differs from most light entertainment, where the standard relationship to be explored is still firmly boy-meets-girl romance. In Feel The Beat, the rekindling of the romance between April and her ex-boyfriend Nick is only the secondary relationship that is being explored. What receives much more attention, time-wise but also in terms of emotional depth, is the rebuilding of April’s status as a consistent and reliable figure in the life of Nick’s little sister Sarah. The distress of a young person who has had a familial figure disappear from her life outside of her control is taken seriously and Sarah is given time and space to vent her hurt.

The positive tone of both films means that we get to watch characters that are part of marginalised groups without their lives being tragic or pitiful. Feel the Beat has a young Deaf girl as part of the dance group and quite a lot of the dialogue is signed as well, by both adult and other child characters. Similarly, both films have queer male characters whose sexuality is never even commented on by others. Instead of marginalised identities only ever existing in relation to oppression or hardship, we get to see characters here who simply embody these identities, even if there is no big plot point to be made.

There is one aspect that propels these films into slightly different territory than before: the reliance on Netflix in an era where cinema-going is difficult. Dance movies have not always been given great cinematic releases compared to films aimed at adult audiences (who have more disposable income) or families (where young viewers are not expected to pay for themselves). However, with the advent of streaming as the most common way to watch, young people can watch this film without needing to tap into money they don’t have, while still watching it independently from their parents.

Particularly in Work It, we see the young women characters curse, have mature conversations and sexual fantasies, all without it slowing down the film or diminishing its value as an escapist fantasy. There is finally a middle ground between the twee, clean, young women that populated films with their empty personalities when I was growing up, and the overly-gritty, sombre hypersexuality of adult-oriented dance films like Black Swan and Magic Mike.

Of course, there are drawbacks to all these elements as well – the positive tone, as well as the frequent suspension of the narrative to show dancing, means that many issues (poverty, friction within families, mental health under pressure) are only named, rather than explored in-depth. In order to tell a feature-length story in only half the usual time, these films have to rely on visual and narrative shorthands, rather than being able to tell a story in a nuanced and slow-burning way. This then leads to a quick resolution, in order not to bring the tone of the film down.

However, the concept of dance movies shows a lot of potential for giving an audience of young girls and women a variety of different fictional role models to look up to. With a few tweaks here and there, it could be a format that can show interesting, emotionally complex and socially engaged characters, in a setting that is still palatable and fun for younger viewers.

Feel the Beat and Work It are available to watch on Netflix.

Images courtesy of Netflix Media Centre.
Image descriptions:
1. The cast of Work It poses while looking into camera. This shows a group of teenagers in regular clothing against a white background.
2. A scene from Work It showing the dancing group on stage, performing. The group is smiling and appears to be happy.
3. A scene from Feel the Beat of the ensemble cast going down an escalator. All the dancers wear matching pink and grey tracksuits. They look smug and cheerful.
4. The dancing troupe from Work It is on stage in front of an audience. It appears to be the end of the show and the group is standing tall, smiling at the applause from the crowd.