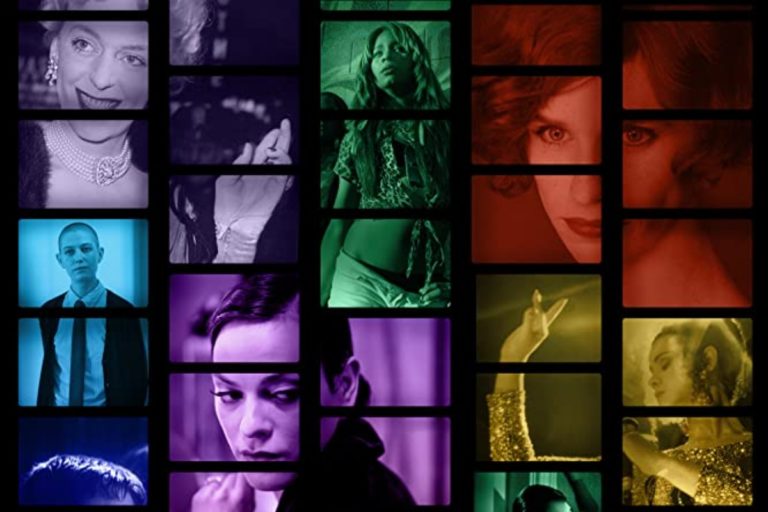 How many film and television scenes do you think exist of a cis man throwing up after finding out a woman is trans? Or how many storylines of trans people dying from a cancer connected to their biological sex? These seem like such niche situations, considering how little representation of trans stories we have. Well, you’d be surprised. The answer is: a lot.

These are some of the alarming points explored in Disclosure: Trans Lives On Screen, a Netflix documentary directed and produced by Sam Feder, who describes it as “a feature documentary, a web based oral history project, an archive and book.”

Disclosure came out on Netflix in June after its debut at Sundance Film Festival. At its very accessible 100-minute mark, the documentary plays out by alternating interviews with famous trans celebrities and movie/TV scenes illustrating the evolution of trans representation on screen, from as far back as the early 1900s until today. Among the many trans men and women speaking out, actor and activist Laverne Cox, who also serves as executive producer, often takes the lead, discussing the impact of becoming a mainstream celebrity after her breakout role in Orange Is the New Black and the positive impact this has had on her fellow trans actors looking for recognition. The list of trans activists we see on screen is endless, although by no means exhaustive, featuring people from all different walks of life. We have actors and filmmakers, such as Bianca Leigh, Alexandra Grey, Jamie Clayton, Candis Cayne, Lilly Wachowski and Jen Richards, as well as GLAAD (Gay & Lesbian Alliance Against Defamation) Director of Trans Media & Representation Nick Adams, journalist Tre’vell Anderson, historian Susan Stryker and writer Tie Milan. Interviewed one by one, these people talk about the impact trans representation in media has had on their coming-out experiences as well as the issues we still face nowadays.

Though we might thankfully be past the point of condoning transphobia in the form of men vomiting at the sight of a penis on a body they read as feminine, casting cisgender actors to play trans roles is still very much accepted. However, the documentary is surprisingly kind in its discussion of how to implement better representation. For example, Laverne Cox actually praises Eddie Redmayne for his performance in The Danish Girl, while also acknowledging the problem with perpetuating the stereotype of trans women as “men in dresses”. Actor Jen Richards goes as far as saying that such casting is one of the insidious causes of violence against trans women, as the men perpetuating the violence only know trans women from media, where they are often played by gender-conforming cisgender men.

“For decades, Hollywood has taught audiences how to react to trans people,” GLAAD director Nick Adams explains in a voiceover. “Sometimes they’re being taught that the way to react to us is fear. That we’re dangerous, psychopaths, that we’re serial killers, that we must be deviants or perverts”. As he says this, we are shown images from Psycho, Terror Train, Beyond the Valley of the Dolls, all proving the point that he’s making.

Another common strategy is presenting trans people as sex workers, such as in Blast from the Past, The 40-Year-Old Virgin, Californication and Sex and the City. Actor Jazzmun remembers all the different roles she’s played early in her career that fit the bill. “At a point I felt limited. What’s next?” she asked herself. “Is there anything next?”

And in line with the documentary’s earnest tone, Nick Adams explains that the American unemployment rate for trans people, and especially trans people of colour, is three to four times the national average. So while it may be true that many are pushed into sex work for the above reason, the lack of contextualisation in film and TV fails to draw the audience’s attention to the larger issue, sensationalising individual trans lives instead.


The importance of accurate, complex and positive trans characters is not just about the media better reflecting reality. It is for the future trans generations to learn to see themselves as deserving of love, praise and acceptance
One of the most eye-opening sequences is of Jen Richards demonstrating how the so-called “Kardashian look” (plump lips, hair and nail extensions, silicone-injected curves) is a reworking of street queens and trans sex workers’ make-up and style, which is, in turn, inspired by hyper-feminised 1950s movie icons like Marilyn Monroe. And while cis women often praise the first and the last, the same admiration turns to distaste when it comes to trans women.

As is often the case with LGBT people, all these trans celebrities admit to having a hyper sensitivity when it comes to queer and trans-coded elements in media. “We’ve been around since there was footage,” actress Alexandra Billings tells us. “You just have to look for us”.

But such eagerness to see themselves on screen can often mean the hunger is satisfied by crumbs. There’s a sense of gratitude mixed with anger for all those not-quite-loving hints of representation that were still better than no representation at all. Luckily the level of awareness is shifting. As we are shown the contrast in the use of trans-inclusive language between interviews conducted years ago and interviews today, Laverne Cox praises public figures such as Oprah and Ryan Murphy who have been able to learn from their transphobic missteps.

There needs to be a collective effort towards raising the bar for representation: that is ultimately the point Feder’s documentary makes. The importance of accurate, complex and positive trans characters is not just about the media better reflecting reality. It is for the future trans generations to learn to see themselves as deserving of love, praise and acceptance. Instead of using representation to teach violence, we should use it to teach inclusiveness and, from there, implement the social change that can help trans people live their lives safely off the screen.

Disclosure: Trans Lives on Screen is available on Netflix.

Images courtesy of IMDb and Netflix.
Image description:
1. A segment of the film’s poster, showcasing rainbow-coloured portraits of trans people and characters discussed in the documentary. The collage resembles vintage celluloid.
2. A larger version of the poster, including almost every celebrity interviewed in the documentary. Some portraits, including those of Laverne Cox and Candis Cayne, spread over multiple cells and are monochromatic, while the smaller ones maintain naturalistic colours.