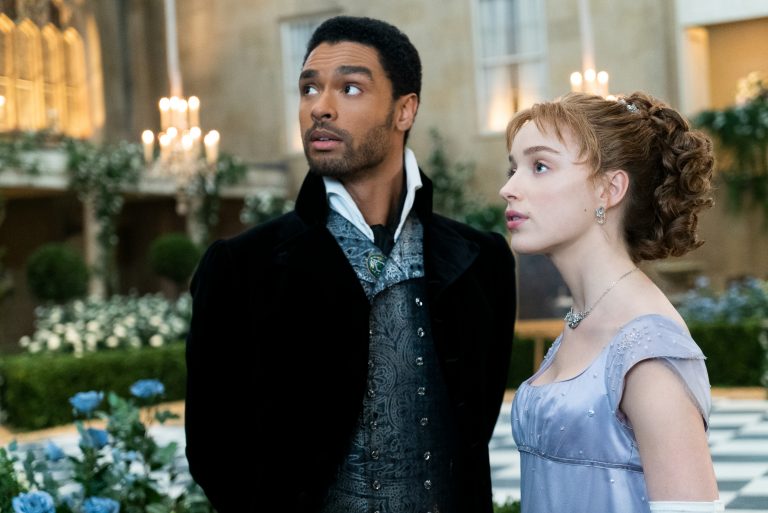 The Duke of Hastings was raped

In the midst of the inescapable dread of this pandemic, trapped in our homes, it’s unsurprising many are reaching for a healthy dose of escapism in their entertainment. The Netflix brand of escapism has taken many guises since last March, most recently finding form in the deliciously fun Regency drama, Bridgerton. There’s been a lot of buzz around this latest offering from Shonda Rimes (best known as the showrunner of Grey’s Anatomy and Scandal) for two reasons: first, diverse casting in a costume drama which created a predictable racist whinge about “historical accuracy”. There have been some extremely thoughtful, insightful pieces written about race in Bridgerton by others better qualified, a few of which can be found here, here and here.

But I am here for the bonking. There is an awful lot of sex in Bridgerton. Some of it is handled in a way ostensibly pleasing to the feminist eye but, taken as a whole, the sexual dynamics of the show are strange, uneven and in places disturbing.

The central love story plays out between Daphne Bridgerton (Phoebe Dynevor), singled out by Queen Charlotte (Golda Rosheuvel) as the season’s most marriageable young woman, and the dashing, tortured Simon Bassett, Duke of Hastings (Regé-Jean Page). Daphne finds herself much in need of suitors after her older brother Anthony (Jonathan Bailey) frightens them off. The Duke, who has vowed never to marry, finds himself keen to escape the attentions of ambitious mothers and their daughters.

The two devise a scheme in which they feign an attachment in order to rouse interest in Daphne as a marriage prospect and, at the same time, protect the Duke from the pressures of unwelcome advances. The other characters exist as satellites to this relationship – forming and breaking romantic entanglements of their own. All is seen and indeed reported on by the mysterious Lady Whistledown (voiced by Julie Andrews), whose missives are feared and devoured with equal enthusiasm in a society obsessed by gossip and scandal.

Bridgerton presents Daphne as surprisingly powerful; she is a woman, with limited options in the midst of a man’s world, who takes matters into her own hands and forces her way to happiness. The trouble is that, when examined properly, the way she does this is actually extremely alarming There is a lot to like in the silliness of this series. First, the women are presented as pragmatic, intelligent and, to a point, empowered. Never has a show left me shouting at the television, “Men are so silly!” more frequently, prompted by particularly entertaining exercises in pointless male bravado and stubbornness. Matriarchs are the powerhouses of the piece: Queen Charlotte, seemingly freed by the madness of her King; Lady Danbury (Adjoa Andoh) who exerts herself on behalf of and against the Duke as necessary; Lady Featherington (Polly Walker), uncompromising in pursuit of a match for her daughters and, of course, Daphne, eager to flex her social muscles in the service of those she loves.

Bridgerton seems to present a world in which women find currency that is unavailable to men and work the systems and institutions that would oppress them to their own ends. No character more so than Lady Whistledown who weaponises gossip, achieving status and power through her anonymity and insight.

This impulse feeds into the sexual dynamics of the show; female pleasure is centred throughout and the tired thirty seconds of penetrative sex that television has mythologised as the surest route to a woman’s orgasm has been dispensed with.

The nudity is handled well in that the female body does not exist solely to gratify male desire, instead it is shown as an object of aesthetic admiration. There are far more quivering male buttocks than gratuitously exposed breasts – which is a creative choice we can all applaud.

Bridgerton also works to illustrate how disempowering the withholding of sexual knowledge is. Daphne has very little grasp of what will happen on her wedding night and doesn’t really know how children are conceived. I found the scene in which she scolds her mother for allowing her to be in this position oddly moving and reminiscent of the pain and shock so many women have experienced historically in the marital bed. The sense of outrage Daphne expresses – that this knowledge of life’s most basic physical functions has been kept from her – feels authentic, but it is undermined by the fact that she is in fact slightly more prepared than most following instruction by the Duke on how to masturbate. This, and the sex montage that makes episode six uncomfortable viewing with one’s parents, suggest that Daphne experiences a pleasurable sexual awakening through her relationship with the Duke. The exchange with her mother contends that she is in some way traumatised by this same awakening. This is the crux of the problem; Bridgerton indulges in a sort of doublethink when it comes to sex, visualising one response to an experience and articulating another.

The premise of the central relationship between the Duke and Daphne appears to be a meeting of equals: body and mind. But the power balance between them shifts so quickly and often that it becomes odd and unconvincing. Their dances, walks and chats create emotional intensity as the pair privately forms a real attachment during their performed flirtation. It is a love story predicated on conversation, which is what makes the final few episodes – where their rift could have been avoided and possibly healed by simply talking to each other – frustrating to watch.

Bridgerton presents Daphne as surprisingly powerful; she is a woman, with limited options in the midst of a man’s world, who takes matters into her own hands and forces her way to happiness. The trouble is that, when examined properly, the way she does this is actually extremely disturbing. The Duke is quite clear that he cannot have children when Daphne declares (against his wishes) that they are engaged. It soon becomes clear that he has, in fact, made a conscious choice not to have children following a deathbed vow to his cruel and abusive father. Daphne learns about it by rifling through his desk and reading his private letters. She takes it upon herself to bear his child whether he likes it or not. The sex scene that follows should be distressing: where the Duke would usually pull out, Daphne forces him to ejaculate while still inside her. He’s immediately anguished, yet Daphne launches into an invective (perhaps justified in and of itself – she is perfectly within her rights to query the difference between “can’t” and “won’t”), before retreating to lie on her back, legs crossed above her; presumably, in a position she believes most likely to result in the conception of a child the Duke has not consented to father.

Let us be absolutely clear about this: the Duke has been raped. Flipping gender roles is useful here; if it were, for example, the Duke who forced Daphne into marriage in spite of her protestations that she will not have children; the Duke who, by snooping through her personal correspondence, discovered this was a choice rather than a physical condition; the Duke who then forced Daphne to undergo penetrative sex without recourse to contraception in the hope he would impregnate her even as she protested beneath him… We would be rightly horrified. If the show then went on to feature a passionate reunion in a rain-soaked dance endorsed by the matriarchs of the piece there would have been a wave of criticism decrying the glamorisation of sexual violence and the elevation of a relationship that is coercive at best.


It could be possible to view Daphne’s sexual assault on the Duke as a last-ditch effort to exert her autonomy. The problem is that’s not the show we are watching As discussed earlier, Bridgerton shows women operating in empowered ways, but it also goes out of its way to illustrate the limits and ultimate failure of this empowerment. In the opening scene, a Featherington faints, unable to breathe because her corset is so tight; the Duke’s mother dies in childbirth; Miss Thompson (Ruby Barker) has to bear an illegitimate child and marry her dead lover’s brother. On the contrary, when Anthony resolves he will not marry for love, he may be unhappy and staggeringly hypocritical but he has security, status and the luxury of choice. Even the ruthless Lady Featherington is left with nothing by her husband’s hand. In this world, women may exert influence but wield no power. Viewed in this context, it could be possible to view Daphne’s sexual assault on the Duke as a last-ditch effort to exert her autonomy. The problem is that’s not the show we are watching. Daphne is not powerless in this relationship. She narrowly escapes an abusive relationship early on, which serves to further elevate the match with the Duke and the freedom it affords her. The emotional energy of the relationship is drawn from candid conversation and mutual respect.

The lightness with which this assault is dealt with is problematic to say the least. It is slightly astonishing that so little has been said or written about it in a year that also gave us the masterful, nuanced and crystalline I May Destroy You in which the act of “stealthing” (removing a condom without permission during intercourse) is explicitly identified as an act of rape. The strangeness of the sexual dynamics of Bridgerton is marked in other ways too; the showrunners seem to tiptoe up to an LGBTQ+ storyline with Benedict (Luke Thompson) and Henry Granville (Julian Ovenden) before doubling down on his heterosexuality. It feels odd, at the very least, to see him in liaison with Madame Delacroix (Kathryn Drysdale) when his onscreen chemistry had been heavily focused on Granville. Anthony is shown to be astonishingly selfish and controlling of both Daphne and Siena (Sabrina Bartlett), yet the viewer is invited to feel sympathy for him following his decision to marry without love. Marina Thompson escapes total ruin only by marrying the wrong brother, a decision that is framed as her salvation.

The great female power of the show, Lady Whistledown, draws her influence from gossip, the rendering of private affairs public, which culminates in the unforgivable violation of a friend’s trust with catastrophic consequences for said friend.

The upshot is that Bridgerton works hard to find power for its women characters, but does so through violation and betrayal. It leaves the viewer, much like Eloise Bridgerton (Claudia Jessie) in her quest to unmask the true identity of Lady Whistledown, hooked on questions impossible to answer, confused by what they have seen and, beneath the dresses and the drama, intensely disturbed by Lady Whistledown and her world.

Bridgerton is now streaming on Netflix.

Images courtesy of Netflix Media Center.
Image description:
1. A medium body shot of Daphne and Simon, looking at something off screen. In the background, there’s a beautiful enclosed garden lit by windows.
2. Queen Charlotte looks straight into camera, surrounded by smiling and seemingly adoring women. She wears a deep blue gown that stands out among the other ladies’ white dresses.
3. Daphne and Simon join hands while initiating a dance. Other ballroom guests stand in the background.