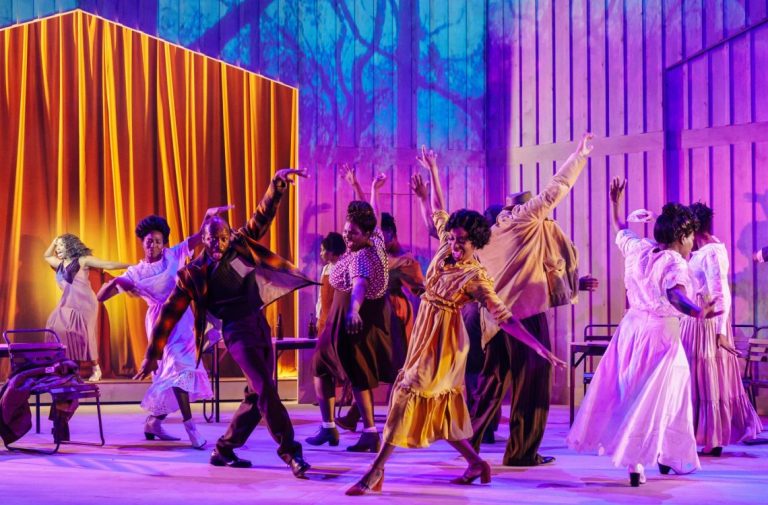 After five and half years of being The F-Word’s comedy editor and five years of also being the theatre editor it is finally time for me to hand over my notebook and colour coded spreadsheets (metaphorically, not literally) to someone new. If you love comedy and/or theatre and think you could make a go of The F-Word’s stage section, please do get in touch – details here. It’s a really interesting role and you get to find out about and see some of the best feminist work in the country. I’ve absolutely loved it.

Catherine Bohart has been running Gigless, a regular online comedy gig, for ages, so I’m a little embarrassed to only be mentioning it now. The next one is TODAY and includes Lou Sanders and Leila Navabi.

The Space in east London is livestreaming a spoken word/folk gig from two sisters. A Place to Fall to Pieces is on 12 and 13 February and they say: “On a sinking island a musician searches for a place to put her bones. A story (and a song) about magic, memory and earth. A musical quest for the meaning of home.”

The Curve in Leicester in association with Birmingham Hippodrome is streaming The Color Purple online between 16 February and 7 March. Based on Alice Walker’s Pulitzer Prize-winning novel, this will be “a fully reimagined concert version” of their 2019 production. I think it might be an interesting watch considering the ongoing legal fight they are having with a cast member they dropped because of a homophobic Facebook post.

For four performances between 20 and 28 February during Chinese New Year Wayang Kitchen with Omnibus Theatre present Rice!, an “immersive, edible journey” presented from two locations, the UK and Malaysia, over Zoom. “Rice! is a story of migration, the delicate existence of life between two cultures and the food that shapes it. How do you hold onto the past while looking towards the future?”

This is way outside my remit really, but Rose Matafeo’s Horndog which Emily Zinkin reviewed back in 2018 is going to be on BBC television later in February, so look out for it!

Of course International Women’s Day is creeping up upon us, and there are a few events planned to celebrate it including:

The Funny Women Around The World event on 6 March showcases comedy and entertainment from every corner of the globe, all streamed for free via Twitch.

The feature photo is from The Colour Purple and is by Manuel Harlan. It shows the predominately black cast dancing on stage, each person looking as if they are doing an exaggerated step with their arms raised high. The costumes, lights and set are in rich mustard, brown and lilac colours.