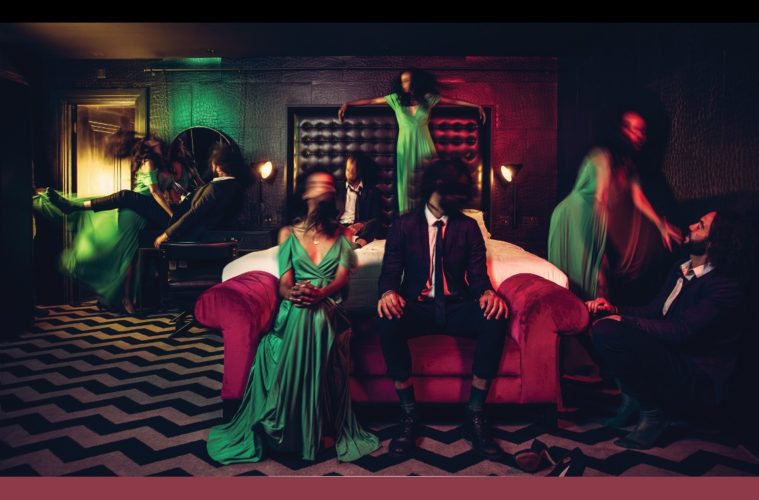 Congratulations to Rose Matafeo for winning the Edinburgh Comedy Award. I didn’t run Emily Zinkin’s review of her show, Horndog in The F-Word’s coverage because of space limitations and as we covered her last year, so here it is now instead:

Rose Matafeo begins her show talking about being kicked out of a K-pop convention for making fun of teenage girls for putting their all into learning K-pop dance routines. She finishes by fake crying her way through the routine to the K-pop song ‘Russian Roulette’. That fact alone demonstrates how tightly put together her latest show Horndog is, and how self-aware and funny she is as a comedian.

Including a power point of 1990s word-art, dramatic readings from the comments on craft videos on Youtube and clips from Keane, Matafeo brilliantly weaves together an off the wall yet entirely relatable show about being a woman in your 20s today.

The Autumn / Winter Season, with 70% of shows written and directed by women, has begun at the Space in east London. Fleeced, a dark comedy exploring identities and how we construct them as part of a flock, opens tonight, and later in the season they’ll have an extended four week run of their adaptation of Little Women, Scary Little Girls’ The Full Bronte and lots of other exciting shows.

Damsel Production’s Fabric, which we reviewed in 2016, opens at Soho Theatre tonight in support of Solace Women’s Aid, a charity which works to bring an end to the harm done through domestic and sexual violence. It will then tour alongside a workshop programme on bystander prevention to four of Solace’s target London boroughs. Fabric gives voice to one woman’s experience of sexual violence and trauma.

Uniquely told from the point of view of the female characters, the world premiere of othellomacbeth sees the wronged women of Othello exacting their revenge in Macbeth. othellomacbeth opens at HOME in Manchester on 14 September and runs until the 29 September before coming to the Lyric in Hammersmith from 5 October until 3 November. Sarah Blanc’s My Feminist Boner will be at The Place in London on 14 September. In the show, performer and choreographer Blanc playfully explores beauty industry pressure and how she developed her feminist consciousness via lots of props, physical comedy and dance.

A contemporary reimagining of Lord of the Flies where a group of schoolgirls find themselves stranded on a remote island following a crash landing, will be at Theatr Clwyd from 20 September until 13 October and at Sherman Theatre from 17 October until 3 November.

New Queers on the Block, showcasing international queer work from Rachael Young, Hester Chillingworth, Stacy Makishi and Marikiscrycrycry and hosted by Ophelia Bitz will be touring the UK this September and October. It begins at programmer and producer The Marlborough Theatre in Brighton on 20 September, before going to Coastal Currents Festival, Hastings on 21 September, Theatre in the Mill, Bradford on 10 October, the Grand Theatre, Blackpool on 13 October and Quarterhouse, Folkestone on 20 October.

In the semi-autobiographical Poet in da Corner poet, lyricist, and dancer Debris Stevenson explores how grime helped shape her youth. It opens at the Royal Court in London on 21 September. There will be four relaxed environment performances on Thursday 27 September at 2.30pm, Saturday 29 September at 7.30pm, Friday 5 October at 7.30pm and Saturday 6 October at 7.30pm. Each of these shows will have a pre-show touch tour with access to the set, instruments and costumes.

Fuck You Pay Me, which we reviewed in August, as well as some special guests, will be at Rich Mix in London on the 21 and 22 September. There will be warm up acts from cabaret performers and post-show discussions where you’ll have an opportunity to hear from members of the sex work community on the context surrounding the show.

Indian comedy star Radhika Vaz will be performing her one-woman comedy show Older. Angrier. Hairier. at the Soho Theatre on 25 September where she’ll talk of #MeToo, her decision to not have children and to age ungracefully.

This is a little expensive but I’ve no doubt it will be popular. This year marks the 20th anniversary of Eve Ensler’s The Vagina Monologues and its associated movement, V-Day, a global activist movement to end violence against all women and girls (cisgender, transgender and gender non-conforming). There will be a celebration, V20 London Rising, at Cafe De Paris in London on the 26 September. The evening will fuse music, theatre, dance, poetry, movement and film in a night of performance art celebrating women. Camden People’s Theatre will also be touring their festival, Come As You Are, celebrating trans*, non-binary and gender queer identities. It will visit five venues in areas with high LGBTQI+ populations, who are committed to developing their relationship with LGBTQIA+ artists and audiences: Theatre Royal, Wakefield from 27 until 29 September; Derby Theatre from 12 until 14 October; METAL and Vivacity Key Theatre in Peterborough from 8 until 10 November; Exeter Phoenix from 17 until 18 November and Lighthouse Poole from 29 November until 1 December.

Performance artist, theatre-maker, comedian, musician and activist, Bryony Kimmings, will be at Battersea Arts Centre from 3 until 20 October with her new show, I’m a Phoenix, Bitch. Recent personal cataclysmic life events have led Kimmings back to her original solo practice, and I’m a Phoenix, Bitch combines personal stories with epic film, soundscapes and ethereal music to create a powerful, dark and joyful work about motherhood, heartbreak and finding inner strength.

To Have to Shoot Irishmen, a new play with songs, will be at the Omnibus Theatre in Clapham from 2 until 20 October before going on tour to the Liverpool Everyman; Marlowe Theatre, Canterbury; Theatre Severn, Shrewsbury; Mumford Theatre, Anglia Ruskin University, Cambridge and The Arts Centre at Edge Hill University, Ormskirk. To Have to Shoot Irishmen explores the events around Sheehy Skeffington’s death during the Easter Rising in Dublin in 1916 including the impact of those events on his wife and feminist activist Hanna.

Fran Bushe’s Ad Libido, which she wrote about for The F-Word in February, will be at the Pleasance London from 18 until 20 October. Ad Libido explores Fran’s own experience of Female Sexual Dysfunction.

Quite a long update this month. I wonder if I should be more choosy about what I include – but all of it sounds so interesting! See you in October.

Image one is the othellomacbeth publicity image by Mark Leeming. It shows two figures, a woman in a green dress and a man in a dark suit, in different places around an opulent bedroom. We can see them sitting on a sofa in the front of the photograph, sitting and standing on a bed behind, climbing or falling onto a table on the left and her leaning down towards him on the right. In each place their heads are blurred as if they were moving them quickly as the photograph was being taken.

Image two is a group image of the cast of Poet in da Corner by Romany-Francesca Mukoro. Three sit on chairs behind and two people are sitting on the floor in front. They’re all looking directly at the camera with a range of expressions on their faces.

Image three is the publicity image for Bryony Kimmings’ I’m a Phoenix, Bitch by Christa Holka. Kimmings looks as if she is underwater in the photograph; her long blonde hair and robes are floating around her. She is in a dynamic pose; one hand is held up in front of her and there seems to be a glow from it, while her other arm is out to the side. She looks straight at the camera and has blue makeup across her eyes.