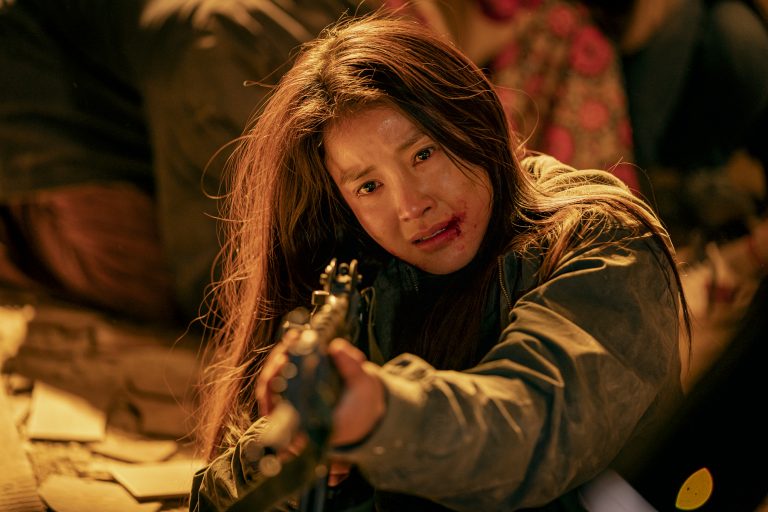 Picking up on the success of Bong Joon Ho’s Parasite, Netflix recently released the TV series Sweet Home, a horror-thriller based on a South Korean webtoon (comic). South Korean dramas (also shortened to K-dramas) are beginning to move into the mainstream and are being picked up by major distributors like Netflix. Often, the appeal relies on how South Korean horror films and television series have managed to stand out against their Hollywood counterparts by offering fresh takes on overused tropes and delving into the human psyche.

Sweet Home has set a new standard for South Korean Netflix productions. Three days after its release, it ranked in the top 10 in more than forty regions, showing the genre’s increasing popularity among viewers. The series focuses on a group of people who live in the same apartment building trying to survive against a multitude of horrific creatures. These creatures begin to spawn from the hidden desires of humans, and loner Cha Hyun-soo (Song Kang) must learn to control his desires in order to save his new friends. The survivors must work together, while also coming to terms with the fact that these creatures may be their family and friends, and they don’t know who might turn next. What immediately caught my attention is the character of Seo Yi-kyung (played by Lee Si Young), one of the show’s three leads and an original introduction from the comic.

In Korean television, women are very often represented as overtly feminine, confined to domestic environments, or reliant on masculine figures. They live by the “pale, petite and pretty” standard. Not only this, but female characters in South Korean media reside in a very beauty-centric world, to a point where in order to apply for work, women must put photos of themselves, their height and weight and sometimes even their blood type on their applications.

Seo Yi-Kyung is introduced in the first episode of the series as a firefighter. It’s later revealed that she is also ex-special forces. While TV’s women characters involved in police work or firefighting have a long-standing tradition of backstories tied to unresolved trauma, or they tend to be presented as the exception in a “man’s world”, this is not true for Seo. At no point do the show’s creators feel the need to justify why she became a firefighter. Not only this, but none of the characters throughout the series question or belittle her because of her gender. In Sweet Home, Seo has one of the most well-regarded jobs, and others come to rely on her because of this. Actor Lee Si-Young spoke in an interview about the grueling process she underwent in order to be fit for the role and it’s heartening to see Korean media embrace a woman lead with an unusual level of muscle, especially when realistic portrayals of women bodies remain a challenge, even if they’re cast in supposedly physically challenging roles. Plus, with Lee Si Young being 38, Seo is older than what could be expected from the main character in K-dramas, which have a tendency to centre on adolescent or younger women. She is also pregnant throughout the series – yet another subversion of the action woman trope. Although we do not get to see how Seo’s pregnancy develops, we see shifts in her attitude towards the unborn child. Seo’s journey of coming to terms with a pregnancy in the middle of an apocalypse, and the realisation that she will have to care for the child alone, weigh heavily on her and are a good reflection of modern society, where traditional domestic motherhood is often an outdated concept.

Seo stood out to me particularly because of the tradition and context she’s part of. The culture surrounding physical fitness in South Korea can be expressed through the slang term Momzzang (mom – zang), a combination of the Korean words for ‘body’ and ‘the best’ or ‘fittest’. Having an entire culture built around this idea of momzzang – or peak fitness – while still having all these constraining types, creates pressure for young and older generations alike, which might explain why South Korea is considered the plastic surgery capital of the world. Seo is shown to come away from that perfect representation both through her look and her storyline.

Within the last few years, a new movement emerged known as “Escape the corset“, which can be seen as an expanse of the #MeToo movement established by social influencers in South Korea. “Escape the corset” supporters attempt to strip away the layers of South Korean beauty and body standards by fighting back against overt femininity, such as holding oneself to an impossibly high standard. While the character of Seo is not explicitly presented as a supporter of this movement, I believe that she may be a reflection of this shifting mindset and may prove to be an important figure in the more equal representation of women in South Korea and the wider world.

CN: blood, violence and gore appear in the trailer.

Images courtesy of Netflix Media Center.
Image description:
1. The character of Seo lies on the floor aiming a gun at something off screen. She appears to be teary-eyed, with a smudge of blood on the side of her face.
2. Seo looks up to someone in front of her. They’re in a dark room and appear to be dirty and sweaty.