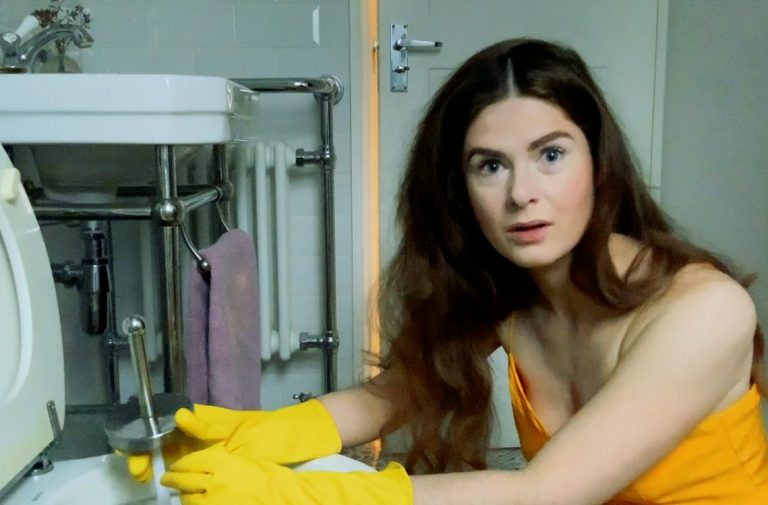 Another quickie this month, but there’s some gems in here:

Dyke Shoes is an audio performance piece from Echo Chamber Audio, made by an ensemble of women makers, about “young leather lesbians in 1980s London and how they survived that decade of Tory austerity, misogyny and losing their friends to AIDS”. You can listen to it on SoundCloud here.

Late Night Staring at High Res Pixels is also available now and until the end of April on the #FinboroughForFree YouTube channel. The play “explores the issue of assumed consent and how it contributes to a culture of complicity and control towards women”. It was originally released as 28 separate episodes during February.

This Saturday 13 March, Women of Words are hosting an online performance of commissioned pieces on the theme of the pagan archetypes, maiden, mother and crone. They ask: “What does it mean to greet these different stages, and what do we learn from them?”

Also on Saturday is NO ENTRY! by Lorna Meehan and produced by RoguePlay Theatre. It’s being streamed from the Arena Theatre in Wolverhampton and is “a shamelessly candid and heart wrenchingly hilarious discussion about female sexual shame and distorted perceptions about being perpetually single, using true stories from women of all ages”.

Originally conceived as a live immersive horror, comedian and theatre maker Elf Lyons has reimagined Gorgon: A Horror story as an audio play. It is “designed to prey on the senses, using live sound with expert foley and horror tricks inspired by the gruesome Le Théâtre du Grand-Guignol’s famed Parisian naturalistic horror shows of the early 20th Century”. It is released on 15 March.

Hear Me Roar is being broadcast via Zoom on Monday 22 March. Creators Burn Bright describe it as: “an online experience giving writers a chance to say the unsaid.” It includes seven first performances of new writing from talented women, alongside an interview with Emilia writer Morgan Lloyd Malcolm.

And finally, in case you’d not seen, we’ve extended the deadline for applications to be one of The F-Word’s editors (including the comedy and/or theatre editor) – if you were umming and ahing about whether to apply, you’ve got another chance! Deadline 24 March.

The feature image is a production image from Late Night Staring at High Res Pixels. It shows a woman with long dark hair leaning over a toilet as if she might be cleaning it. She wears Marigold gloves and a bright yellow dress. She looks at the camera with an expression that might be disbelief.