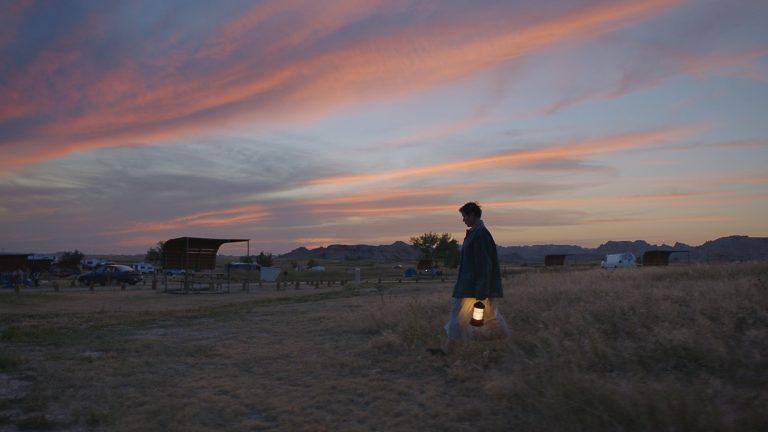 What Nomadland teaches us about living life without a plan

When you imagine a nomad, what do you think of?

I imagine long-haired millennials, guitar under one arm and stickered Macbook under the other, living life on the road in a charming VW camper van, heating up coffee on a camp stove. Better summed up through Instagram’s #vanlife.

Chloé Zhao’s award-winning Nomadland is a fresh take on the issue, giving us an unglamorous but altogether beautiful portrayal of nomadic life in the American West. As a British Chinese woman myself, I have been crying out for East Asian creatives to make a film that is not 120 minutes of solely looking at the experience of being Asian

The film is led by the central character of Fern, played by the mesmerising Frances McDormand, who decides to purchase a van to live and travel in after the passing of her beloved husband, Bo. McDormand breathes a quiet boldness into the character of Fern. We see an underrepresented face of femininity – a fiercely independent, sharp-witted, adventurous older woman. As she embarks on van life, she shows us there can be a whole new chapter after turning sixty. At the same time as being a nature-loving free spirit who bathes naked in rivers, Fern also works as a seasonal Amazon employee packing boxes on the production line. While this might seem contradictory at first glance, both experiences demonstrate the comfort it can bring to know one is a small, insignificant cog in the wheel.

In a society that usually undervalues the older generation, Fern is strong, resourceful, and compassionate. She enters spaces that we don’t usually expect a woman in her sixties to occupy. As well as the Amazon packing warehouse, we see Fern as a camp worker at a national park, a restaurant server and, later, shovelling sugar beets on a big farm. Zhao is making us confront ingrained gender stereotypes by not presenting Fern as a frail, gentle grandmother or a Devil Wears Prada high-flying exec type, but as a productive manual worker contributing to society. Chloé Zhao’s career is in itself a rebellion against the system. Being the first Asian American director to win an Oscar for a film like Nomadland holds great significance. As a British Chinese woman myself, I have been crying out for East Asian creatives to make a film that is not 120 minutes of solely looking at the experience of being Asian. While I believe that making films that accurately represent and draw from Asian experience is important, Nomadland does something different. It solidifies Zhao as a credible director in the white-dominated realm of Hollywood, not because she is exploring her Asian heritage in her work but because she is an impressive storyteller, director and editor.

Just as Zhao’s work is far-reaching, Fern travels the open road and encounters several other nomads. Zhao, like in her previous films Songs My Brothers Taught Me and The Rider, recruits non-professional actors to play versions of themselves, blurring the line between film and documentary. For Nomadland, Zhao worked with Jessica Bruder, author of the 2017 nonfiction book, Nomadland: Surviving America in the Twenty-First Century, which provided the basis for the film. Bruder introduced Zhao to some of the nomads she met when she was writing. Many of them were sceptical and hesitant about appearing in a film and didn’t know McDormand was a Hollywood actress – and of course, didn’t realise the international impact the film would go on to have. With a small cast and crew (under 30 people), the team embedded themselves among the nomads and lived out of vans for the duration of the shoot. After Zhao and her team demonstrated they were committed to listening and learning from the nomads themselves, they welcomed the cast and crew into their community and offered the camera a remarkable insight into their lives.

Even without our own white vans, we are all somewhat nomads

In some scenes, it is clear that McDormand is taking the interviewer role as nomads, such as Linda May, Swankie, and Bob Wells, share their stories and Fern/McDormand listens and nods intently. Rather than feeling like genres are being spliced together, Zhao’s direction gives a new seamless layer to the film, unlocking otherwise unachievable authenticity and authority on the nomad experience.

Matching the slow meandering pace of the film, Fern’s character is balanced and unassuming, without any real highs or lows. She makes genuine connections with the other nomads she encounters but always keeps them at arm’s length. Every time Fern is offered a ‘home’, she declines – home is on the open road and not in a four-walled house. However, when Fern returns to the house she and Bo shared, which marks the film’s closing scene, we see her cry for the first time in the film. Nomadland is a true testament to the age-old saying, “home is where the heart is”.

The audience is treated to a stunning love letter to the vast American landscape. We can’t help but fall more in love with McDormand’s Fern the more miles she travels, as we witness one woman’s peaceful restlessness as she moves through the later stages of her life.

Nomadland teaches us that there is a contentment to be found in living each day as it comes and not having a big plan – we don’t have to search for concrete answers, nor for meaning. Even without our own white vans, we are all somewhat nomads carrying with us memories, moving from place to place, making human connections along the way, trying to find peace as life unravels.

Images Courtesy of Searchlight Pictures. © 2020 20th Century Studios
Image description:
1. A silhouette of Fern against a pink and blue sky. She carries a light in her hand as she walks across an open field.
2. Fern and Linda May relax on two deck chairs in the middle of nowhere. They have white face masks and slices of cucumber on their eyes.
3. A behind-the-scenes still of Chloé Zhao looking at her director’s monitor. Some other crew members are visible. They’re shooting during a beautiful pink dawn.