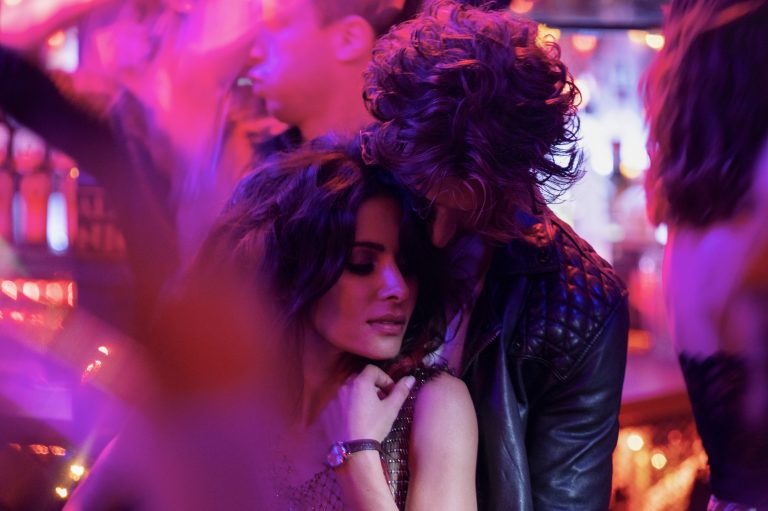 Sex/Life: a problem that has no name Netflix’s Sex/Life was released in June 2021 and even if you haven’t managed to watch the show yet, you likely know a friend of a friend who was stunned to silence by that shower scene. Larger-than-life appendages aside, though, the series has largely been criticised for its melodramatic exploration of suburban housewifery – complete with neon lighting, improbably easy pool sex and a bored female lead: Billie Connelly (Sarah Shahi).

For those coming to this discussion afresh: Billie is married to Cooper (Mike Vogel), a devilishly handsome man with a nondescript job that pays so well Billie doesn’t have to work in the traditional sense. Instead, she is a full-time mother. She was studying for her doctoral degree until she fell pregnant with hers and Cooper’s first child (now, one of two). Although she was once content with her choices, Billie now finds herself drawn into an adulterous fantasy land where the male lead is another devilishly handsome man, Brad (Adam Demos), the ex-boyfriend who broke her heart but provided limitless climaxes (in neon-lit corridors, bathrooms, bedrooms and tattoo parlours). During Billie’s fantasies about Brad, she begins to journal their previous sexual experiences together and, in a way that conveniently plants the seed for eight episodes of tense and awkward sexual encounters, Cooper finds and reads Billie’s journal.

Criticisms around the sparse plot and lacklustre dialogue have appeared aplenty since this recipe for disaster arrived on screen. However, some critics have also acknowledged that “there are things here that could lend themselves to insightful exploration”. Through eight episodes we observe Billie interrogate and re-interrogate what could possibly be so wrong with her, to lead her to risk her picture perfect family life in favour of a man who broke her heart years ago. For viewers at home, though, it likely didn’t take eight episodes to work out Billie’s problem at all: she’s bored. Alternatively, to reframe Billie’s narrative inside the confines of a second-wave feminist framework, what we have spread across eight episodes is an American housewife suffering from the ‘problem that has no name’.

In the seminal work The Feminine Mystique, Betty Friedan explores at length “the problem that has no name” as something that “burst like a boil through the image of the happy American housewife”. Throughout her work, she comments on ‘the nameless emotional distress’ felt by housewives of various ages and she looks, too, at investigations and studies into the ‘severe depression’, the lack of ‘zest’ and the unexplained fatigue that hindered their everyday existence. While these symptoms baffled psychiatrists and doctors of the time – as most female health complaints appear to have done – Friedan, who Billie quotes repeatedly throughout Sex/Life, makes the problem fairly plain: “[t]heir symptoms are a warning sign that they cannot forfeit their own existence, evade their own growth, without a battle.” Additionally, she described these physical and mental health complaints of housewives as an act of rebellion, “as they try to adjust to a role that does not permit growth.”

With this in mind, while on a surface level Billie appears to be little more than a dissatisfied woman, she may hold much more cultural and social significance. In many ways, Billie isn’t just the lead in an erotic miniseries. As early as episode one it becomes clear that she is unhappy with her life, compounded further by the painfully on-the-nose metaphor used when her eldest child traps a butterfly in a jar: “She can’t breathe in there… She’s going to die if you don’t let her out.” She’s a contemporary cautionary tale for a problem that can be backdated to 1960s America; when housewives were so psychologically troubled, so emotionally and intellectually unfulfilled, that some went as far as committing suicide (again, something Friedan doesn’t shy away from citing) to escape the suburbs.

Alongside diagnosing Billie’s boredom, though, there is another avenue worth exploring insofar as the complexities of her character. Perhaps Billie is not only bored, not only saddened, but also entirely unfulfilled. Friedan drew a further distinction here between what she referred to as ‘feminine fulfillment’, a near-myth perpetuated by the feminine mystique that encouraged women of the time towards believing domesticity was the pinnacle of their human needs, versus housewives also being fulfilled as women. For the housewives of Friedan’s era –- and in some way, Billie’s – all energy was centred on their lives as housewives and mothers. This is observable in Billie’s contemporaries who range in desperation, from screaming their happiness in the faces of others through to attending orgies and swinger’s parties.

Friedan’s research went on to include many middle to upper-class white women – one of the glaring flaws in her work – who she described as being upper-income. Given that Billie is one among many housewives from the Sex/Life series who doesn’t need paid employment, ‘upper-income’ seems a fair assessment of the characters. Significantly, then, when Friedan spent time with her upper class sample of twenty-eight housewives, she discovered that sixteen out of twenty-eight were in therapy, while eighteen were medicated (tranquillisers being the most common prescription). Linking back to Billie, Friedan found that twelve of the test subjects were engaged in extramarital affairs in fact or in fantasy.

So we turn to the more morally ambiguous element of the show. What is Billie truly doing wrong? Apart from not password protecting her computer, that is. In deciding to re-visit her sexual relationship with Brad, Billie is in fact returning to a time in her life when her freedom, zest and sense of purpose were most intact. Significantly, she was intellectually stimulated in her academic endeavours and, returning to Friedan’s work again, we’ll note that “‘studies also showed that education and independence increased the American woman’s ability to enjoy a sexual relationship”’. Perhaps this is why present-Billie’s pursuit of sexual gratification looks to be quite so enthusiastic. When this is weighted against Cooper’s intermittent rejections of Billie – long before the journal exists or is discovered – we see how his behaviour towards her could become damaging to her very sense of who she is – or rather, how she sees herself as being.

Additionally, some of Billie’s inner conflict may also stem from misunderstandings around sex and self. She believes that she’s lusting singularly after Brad, rather than the life she was able to lead during her relationship with him.

In comparison, her closest friend in the series, Sasha (Margaret Odette), offers a counter role: The New Woman. Sasha becomes a dominant character both in her physical fashion style and through her established education, alongside the fact she clearly feels “free to choose rather than be bound by convention”. We shouldn’t overlook the additional significance in Billie’s inability to resist a relationship, of sorts, with Brad, meanwhile Sasha simultaneously sleeps with him and others to freely satisfy a range of her sexual needs. Sasha is more geared toward her academic and career endeavours than Billie can lay claim to be, compounded by the fact they were once studying together. Sasha is a point of contrast that only brings Billie’s dismay into high definition – in case the dangers of housewifery weren’t clear enough from Billie’s efforts of self-sabotage. Her freedom, however, sits in awkward juxtaposition against her race; an African American character, she is here placed inside the confines of being the Black best friend. There is a further complexity to note in Sasha’s race, too, when placed alongside Friedan’s underrepresentation of American women of colour. In fact, this omission in Friedan’s work is one of the areas that earns the mystique the majority of criticisms. Feminist readings aside, though, Sasha is an exceptionally interesting character who deserves better than her one-dimensional best friend (and Radio Times’ Eleanor Bley Griffiths explores that further in this review).

Betty Friedan would have us believe that work is the only real solution to this problem with no name. Work that contributes to the world and to society, and therefore allows women to explore their minds and ultimately their selves. Given Billie’s circular narrative, wherein her end point looks startlingly similar to her beginning, perhaps Friedan was right in her thinking. Indeed, when a woman succumbs to a role that allows for no growth beyond the ‘enforced togetherness’ of housewifery and child-rearing, perhaps it does become a recipe for trouble and dissatisfaction. But the real point that warrants interrogation, if Friedan was right and if indeed Billie is a modern-day case study for The Housewife Syndrome, then why is she here in 2021? What is it from her that we need?

While feminism may be changing shape, then, to accommodate the needs of a new world, one thing remains certain; feminism, in some form, is still required. Particularly post-Trump, given that during his administration Margaret Atwood’s The Handmaid’s Tale was dangerously close to becoming not a dystopian novel but rather a misogynist’s guide to success. So while Billie looks to be a caricature of a housewife’s dissatisfaction that in no way reflects how all women actually feel upon choosing housewifery – which, incidentally, is as valid a life choice as any – perhaps she should be taken with a little more sincerity, as a reminder of retrograde feminine roles and ideals, and the dangers they tow along with them. However, if the eight-episode arc could have carried our female lead not back to the arms of a bad boy lover (eurgh) but only back to the administration office of her chosen university, we viewers would likely have found this a much more satisfactory close to the series – and Billie would have been far better off, too.

Sex/Life is currently streaming on Netflix.

Images courtesy of Netflix Media Centre.
Image description:
1. Billie and Brad dance in a nightclub, illuminated by pink neon light.
2. Netflix’s official poster for Sex/Life, showing Billie and Cooper embracing in the upper half juxtaposed to Billie and Brad posing seductively in the bottom half. The tagline reads: “Time to choose”.
3. Billie embraces her young child. She appears sad and looks away from her child with a vacant stare.
4. Sasha, in a bright yellow suit, stands on a stage reading from a published novel.