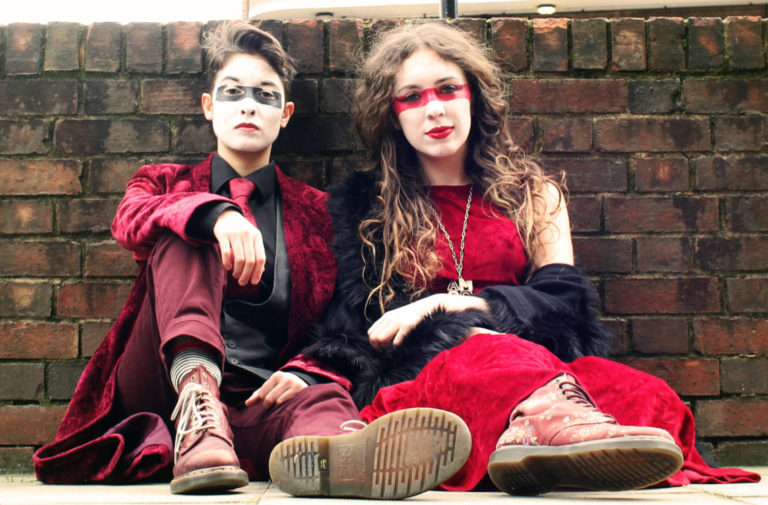 Squeezing this in just before the end of the month, here’s a brief round-up of what’s happening in the worlds of theatre and comedy early in 2017. If you’d like us to cover something you’re doing or know about, please do comment or email me at [email protected] or [email protected].

To begin, Escaped Alone is back at the Royal Court in London before going to New York and then Salford, Cambridge and Bristol. Here’s Pooja Kawa’s review of the play from February 2016. From Tuesday, Letters to Windsor House, a show with songs, politics, dodgy landlords and detective work, from Sh!t Theatre will be at Soho Theatre before going on tour to Ipswich, Reading, Sheffield, Aldershot, Bristol, Nottingham, Manchester, Derby, Norwich, Newcastle, Colchester and Harlow. Here’s what The F-Word had to say about a previous show from Sh!t Theatre, Women’s Hour a couple of years ago.

From 9 February until 4 March, Villain will be at the King’s Head Theatre in London. Developed through interviews with social workers and research into real-life cases, Villain places a spotlight on the growing pressures on social care agencies with the growth of child poverty, and how social media allows the general public to be judge and jury through the safety of a screen.

As you’ll know Hull is the UK City of Culture in 2017 and there’s a lot going on there for the whole of this year. Coming up in February there are a couple of shows that will be of interest to The F-Word readers. First up there’s Weathered Estates, a contemporary retelling of Euripides’ Women of Troy by Zodwa Nyoni, telling the story of four women whose homes are no longer safe spaces. The reimagined Greek tragedy will be brought to life by Hull-based company The Roaring Girls, in collaboration with the University of Hull. And secondly we have JOAN performed by drag king champion Lucy Jane Parkinson, which is part of Back to Ours. The play unravels the intricacies of Joan of Arc’s defiance and subsequent demise, with Lucy Jane Parkinson morphing into the men that put her there. The performance of JOAN on Saturday 25 February will have captioning through The Difference Engine app developed by Talking Birds.

From Tuesday 7 until Sunday 12 March the WOW – Women of the World festival will be back at the Southbank Centre. Alongside the debates and discussions there are also a few shows: The Game, a performance which aims to give audiences an insight into sex work, Adventures in Menstruating with Chella Quint, a comedy for menstruators and non-menstruators of all genders, Offside, a work in progress about four women from across centuries who live, breathe and play football and Foreign Body, a liberating and life-affirming story about healing after sexual assault.

To finish, check out this song by The Ruby Darlings who we reviewed in Edinburgh last year.

Both images courtesy of Sh!t Theatre. The first image shows Louise Mothersole and Rebecca Biscuit sitting on the floor with their backs against a brick wall. They both have painted white faces. Mothersole on the left is wearing a waistcoat and red velvet coat and has black make-up in a strip over her eyes. Biscuit on the right wears a red dress and has red make-up in a strip under her eyes. The image in the text shows them on stage both standing in front of microphones. Biscuit is speaking and gesticulating with her hands. Mothersole is holding a beer bottle.