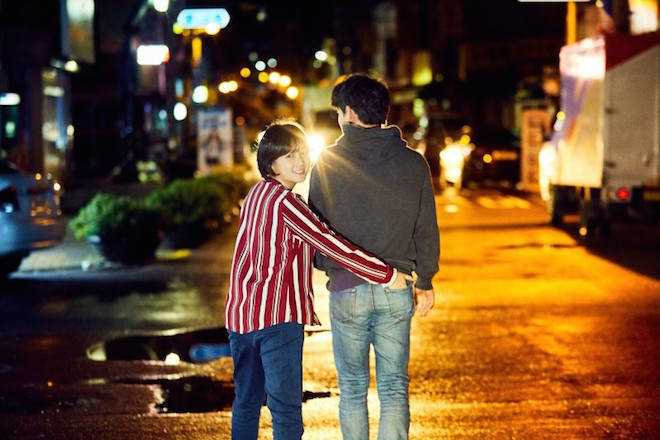 Discarded, suppressed and restrained throughout the years, women’s narratives have now become a weapon for women directors all over the world, and they take centre stage in this year’s London Korean Film Festival. Coming back to the UK for their 13th year, the LKFF will screen over 55 films between 1 and 25 November, featuring some of the most innovative and taboo-breaking Korean women filmmakers working today.

The festival opens on 1 November with Microhabitat by the critically acclaimed director Jeon Go-woon who will join for a Q&A. The film follows a woman in her mid-thirties struggling to pay the outrageous rent for her cramped apartment with her low pay job. Once she can’t afford even the bare necessities (cigarettes and whisky), she chooses to give up her home and starts asking her old band mates for help. This truly original film, balances the tricky subject with style and humour.

The Women’s Voices strand, presenting Korean women directors, features among others For Vagina’s Sake, a warm and vibrant documentary tackling the taboos and prejudices surrounding menstruation. It turns the attention to the absurdity of people’s reaction to this ordinary human function while exploring women’s personal experiences of periods, menstrual products and their access to them. Following the screening on Monday 5 November, film programmer and writer Jemma Desai will lead a roundtable discussion with directors Kim Bo-ram (For Vagina’s Sake) and Jeong Ga-young (Hit the Night) along with London-based filmmaker Mania Akbari (From Tehran to London), exploring ideas and fears surrounding the female body. Both film and event are free to attend at the British Museum.

On 5 November you can also catch a stirring shorts programme, with three prize-winning short films revolving around themes of sexuality, toxic masculinity and historical trauma. Screening on 6 November, Jeong Ga-young’s stereotype-reversing feature Hit the Night flips typical gender roles and puts its director and lead star in the role of the predator. Using the excuse of research for her film, she asks very personal questions to seduce the male object of her desire. A final documentary in the women-focused strand is the uplifting sororal tale Grown up, which sees director Jang Hye-yeong taking on the duty of care for her severely autistic sister Hye-jeong who has lived most of her life in a home for disabled people. Hye-yeong begins to bond with her coffee chugging sibling through the obstacles they face together and the music they listen to along the way. The screening on 7 November will be introduced by The F-Word’s film editor Ania Ostrowska.

Outside the strand we find more stunning works from women directors such as The Running Actress, the directorial debut from revered actor Moon So-ri (The Handmaiden); Treeless Mountain by Kim So-yong, a precursor to The Florida Project, about two young sisters surviving on the fringes of society; Yim Soon-rye’s Little Forest for some sweet foodie fun you can’t miss.

Fittingly, the Closing Gala on 14 November features a sensational work by another woman, Malene Choi. The Return focuses on Karoline, a Korean adoptee raised by a Danish family, making her way back to South Korea to find her birth parents. While staying in a guesthouse, she meets more people who, like her, are in search of their origins. This documentary/drama hybrid where fact and fiction are blurred is full of dreamy soundscapes and striking cinematography.

For more information about the London Korean Film Festival and the Women’s Voices strand go to the Festival’s website.

Both images courtesy of LKFF 2018.
Images description:
1. A man and a woman are standing on the lit city street at night. His back is turned to the camera while she looks over her shoulder into the camera with a mischievous expression on her face. Her right hand is in the man’s jeans’ back pocket. It’s the still from Jeong Ga-young’s Hit the Night.
2. A person with Korean facial features is putting their face inside a hole in something that could be a theatre prop or a face-in-hole photo board, smiling ecstatically with their eyes closed. It’s the still from Jang Hye-yeong’s Grown up.