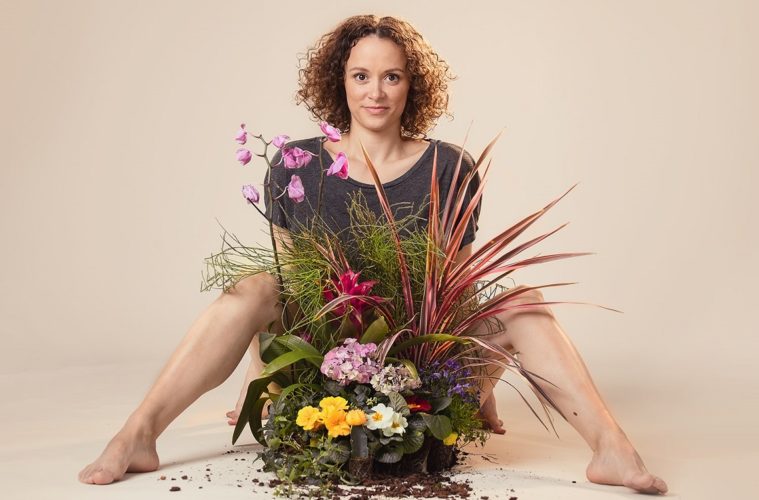 Tara Theatre’s second festival of female artists, I’ll Say It Again!, runs from 30 April until 1 June. The festival opens with Nyla Levy’s timely play Does My Bomb Look Big In This? (also on tour), which shines a witty light on the lives of British-Asian teenagers and is inspired by the Bethnal Green schoolgirls who left to join ISIS in 2016. Does My Bomb Look Big In This? is followed by 20 more events including Bump, a story of a young woman confronting her choices in the waiting room of an abortion clinic and What Happened at 2.03, a two-piece video installation about someone dealing with an abusive relationship.

I Am Maura at the Lyric in Belfast from 2 until 4 May is “a light-hearted and deft look at the life changing decisions we all face in our teenage years and how we’re woefully ill-equipped to deal with them”.

Breakin’ Convention from 3 until 5 May at London’s Sadler’s Wells includes many women Hip Hop dance artists. Look out for London’s Kloe Dean and Logistx, a teenager from the USA. A few days later, dance artist Keira Martin is invited to the Lilian Baylis Studio to present the world premiere of Where Ye From on 9 May. Where Ye From is an evening of live music, dance and spoken word which draws on Irish, African and Jamaican influences to ask “who owns culture?”

“Brain and clitoris spar for power” in Bella Heesom’s Rejoicing At Her Wondrous Vulva The Young Woman Applauded Herself, described as a “taut new comic exploration of female sexuality.” The show will be at the Ovalhouse in London from 9 until 25 May.

In May there will be a whole host of delights at the Brighton Festival and Brighton Fringe. Look out for: The Party Somewhere Else Festival returns to the Nottingham Playhouse from 14 until 19 May. Highlights include Ladykiller (which we reviewed in Edinburgh); Greyscale by Anonymous is a Woman, an intimate site-specific experience examining dating in a post #MeToo era and The Question, an improvised musical by Pippa Evans. The festival closes on with Feminists Don’t Wear Pink, a live podcast discussion on Nottingham Playhouse main stage.

The number of men in this might often put me off, but I’ve got a lot of time for Zinnie Harris, so look out for her new version of Webster’s The Duchess [of Malfi] which is at the Royal Lyceum Theatre in Edinburgh from 17 May until 8 June and then at the Citizens Theatre in Glasgow from 4 until 21 September. It’s described as: “a chilling exploration of male rage and female resistance […] set against a backdrop of growing modernity, women’s liberation and sexual freedom.”

A “powerful story of three generations of women discovering strength in unity and finding hope in the unlikeliest of places”, the UK stage premiere of Khaled Hosseini’s novel, A Thousand Splendid Suns, is at Birmingham Rep from 2 until 18 May, Hackney Empire from 22 until 25 May, Northern Stage from 30 May until 15 June (as part of the Tyneside Festival of Women) and Nuffield Theatres, Southampton from 25 June until 6 July.

She Wolves Theatre Company’s new production Right To Remain Silent is at the Chapel Playhouse from 24 until 26 May. It is a dystopian story about four women inmates who have escaped a government-run camp to join chaotic, violent protests against an enforced birth control pill.

Returning to the UK following its inaugural year, A Festival of Korean Dance showcases five of the best Korean contemporary dance companies, exploring feminism, philosophy, folk tales and technology. It’s on at The Place in London from 31 May until 7 June.

Comedy Award Winner Rose Matafeo has two one-off performances of the her show Horndog at the Leicester Square Theatre on 25 and 26 July. You can read Emily Zinkin’s review of Horndog here.

See you next month.

The feature images is from Rejoicing At Her Wondrous Vulva The Young Woman Applauded Herself. It shows the performer, Bella Heesom, sitting on the floor facing the camera with a huge bunch of flowers and plants, including some of the soil they’re planted in, between her legs.

The first image in the text is the publicity image for Does My Bomb Look Big In This? The title of the show is in white on a black cut-out in the shape of a cartoon bomb. Beneath the shape a young woman in a headscarf takes a selfie with a phone, pouting and making the peace V-sign. Behind her the Gherkin can just be seen.

The second image in the text is of Keira Martin and is by Joe Armitage. It is a composite image showing several people superimposed on each other against a black background. The dancer Martin is at the base of the image, sitting down and emptying a bowl on the floor. She is also
at the top of the image in motion. In the middle there is a blonde figure holding up the number 13 on a piece of card. A shirtless young man is mirrored on either side. Other fainter faces and bodies are there too.