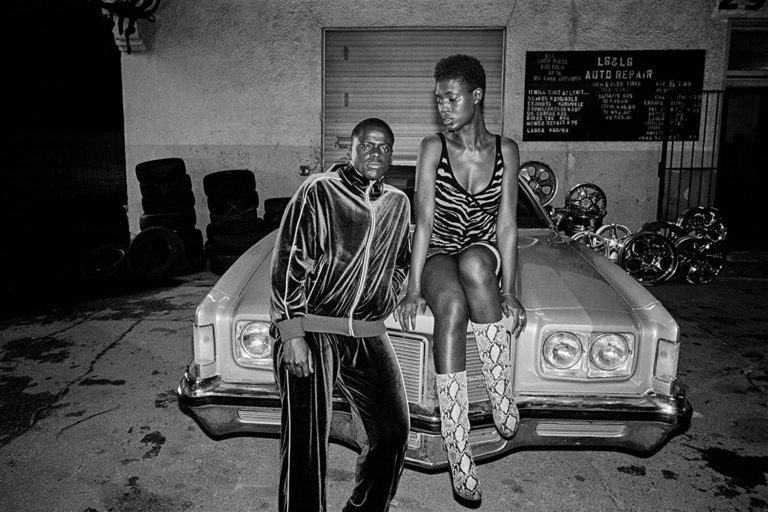 Queen and Slim is no Bonnie and Clyde

To call Queen & Slim the black Bonnie & Clyde would simply dismiss a complex and awfully current crime drama about racial discrimination by aligning it to a pair of criminals famously known for their romanticised problematic relationship.

Melina Matsoukas (Grammy-award winning director of Beyonce’s Formation video), brings Lena Waithe’s screenplay to life with a memorable soundtrack of black artists. When nominations are so often awarded to films encompassing black suffering, it is frustrating that Queen and Slim was snubbed during the recent award season.

The film’s final scene is a haunting reminder of the lives of young black people in America. Queen and Slim do not fight back, they do not shout, they do not retaliate, but they stand still, with their hands held, pledging their love to one another until their story ends

We are not introduced to the titular characters by name, but as personalities. Queen is a lawyer who represents innocent individuals held on death row. She is introduced as a woman who knows exactly what she wants and will only accept that. When one of her clients is executed, she turns to tinder for company – meeting Slim. He’s a soft, God-loving young man who acts as a pillow to Queen’s punchy attitude. Sitting together at a diner, the couple share an unspoken tension, both aware that this will likely be their first and last date.

The two could not be more different as people and as characters, yet their chemistry and relationship is endearing and exciting.

Later the same night, Slim slightly swerves the car, leading to them being pulled over by a white cop. Right away we’re reminded that people of colour are often unable to simply live as if in a care-free movie, as they are forced to overcome barriers exclusive to them. Once the officer pulls a gun on Slim, Queen leaves the car and recites her rights to record the incident. The officer shoots her in the leg and attacks Slim. In self-defence, Slim shoots the officer and kills him.

Slim immediately wants to turn himself in, whereas Queen, who is familiar with the fate of black people in the justice system, simply asks “But what if they kill us?”

Matsoukas’ stylish aesthetic does wonders throughout the first act, as she constantly guides the audience’s feelings with lighting and framing. The first scene, in a bright, colourful diner, fills the audience with hope and humour towards the couple. As their night intensifies, Queen and Slim are lit up only by police lights and street lamps.

A video of the incident goes viral, turning them into wanted criminals. They begin transforming their physical appearance in order to escape the police.

Queen takes out her braids and puts on short tight dresses – a stark comparison to the turtleneck and coat she wore in the diner. Her character transforms from a hard-working, uptight lawyer to a free, sensitive and emotional woman with nothing to lose. In her job, Queen was used to a level of control in her clients’ fate, yet the cop’s death forces her to face a situation in which she has very little agency.

The constant shift in power dynamics of Queen and Slim reminds more accurately of that of Thelma & Louise, in the way they take turns asserting control.

The only haven in their escape is the black community, the one group who understands that Slim’s actions were a direct response to racism and discrimination. Matsoukas showcases her excellence as a director by using subtleties to connect with the black community.

Queen and Slim find shelter in a Juke Joint, which are bars that originated in the southern states of America as a place for African Americans to socialise and play music, free from Jim Crow laws.

Although Jim Crow laws no longer apply, the justice system in the United States is still racially charged. The Juke Joint, the first place where Queen and Slim feel safe and protected, is a reminder of how little America has really progressed in dismantling institutional racism.

Matsoukas uses slow motion shots and snippets of future conversation to hint at the couple’s fate, while also trying to preserve their moments together for as long as possible. It’s heartbreaking to watch these two young people cling to one another while understanding their fate is not what we hope it will be.

Matsoukas’ talent as a filmmaker is the highlight of Queen & Slim, as every angle, reference, song and sound fits perfectly to form one harmonious and gut-wrenching tale. The soundtrack includes Luther Vandross’ Never Too Much, as one of the few moments we see the couple share something in common as they discuss which era has the best music.

The director told Time, “I wanted to introduce the new generation to a lot of older Black artists; to honour the legacy of Black music and the diversity within it and to show our roots and the blues and soul music up to now“.

The film’s final scene is a haunting reminder of the lives of young black people in America. Queen and Slim do not fight back, they do not shout, they do not retaliate, but they stand still, with their hands held, pledging their love to one another until their story ends.

This is not a love-on-the-run tale such as Bonnie & Clyde, where the titular characters rob banks and run away. This is not a story like Natural Born Killers, where the protagonists commit massacres wherever they go.

This the story of how racism in America makes criminals out of young black people.

Images courtesy of Universal Pictures.
Image description:
1. A black and white photo of Quinn and Slim sitting on the hood of their car. They are fashionably dressed and the photo has a vintage look.
2. Quinn and Slim in the car. Slim drives and Quinn looks back at someone behind them. The car is dimly lit in blues and greens. The road ahead of them is empty.