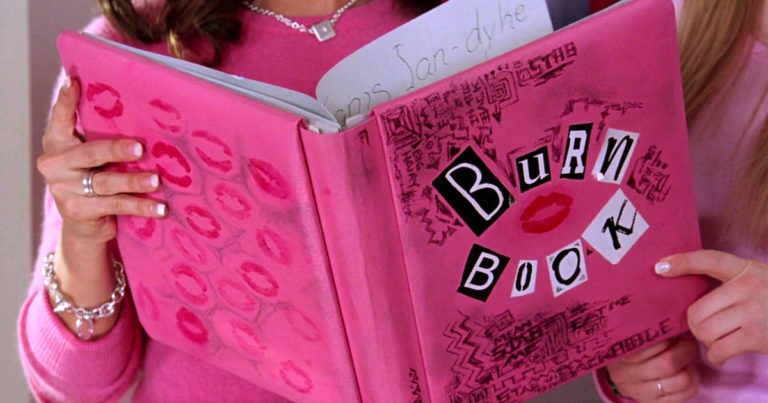 The end of the chick flick

Lockdown has certainly got us dusting off our DVD collections or trawling through what-to-watch lists online. Whilst I was settling down last Friday night, the inevitable discussion started with my own family about what we should watch that evening. It was disrupted by someone saying ”Oh, not another chick flick?!”

My outrage at the comment made me realise – whilst I really loved the film I had suggested and was disappointed that they didn’t want to watch it too – that I find there is something intrinsically wrong with the term “chick flick” in general. Why do we use this pejorative expression to categorise certain films? Is it inherently sexist? Filmmakers, and women, certainly deserve more credit than that.


Whether we are talking about films made in Hollywood’s golden age or the more progressive modern-day films, to refer to them as “chick flicks” is belittling and perpetuating the consensus in popular culture that women are frivolous, emotional and somehow inferior or less worthy of attention

If the film industry is really going to mend its ways and move forward within the spirit of the new surge of feminism we are experiencing, the term must be consigned to the history books.

Where did the term originate? It was apparently coined by a bloke (of course) in the mid-1970s and has been widely used ever since. Looking back further, its roots in film history stem from the early 20th century in what were called “women’s pictures” or melodramas. However, as Molly Haskell asks in her work on feminist film theory, what could be more frustrating than “the very notion of something called a woman’s film? A film that focuses on male relationships is not pejoratively dubbed a man’s film, but a psychological drama”. Women’s films and now “chick flicks”, however you would like to call them, were predominately made by male screenwriters and directors aimed at a female audience. They constructed storylines to portray so-called women’s concerns with narratives revolving around romance, domestic life, family, motherhood and self-sacrifice. Whilst these are all very valid concerns for women, they are also all very valid concerns for men. Men also get married, have families and children. They deal with the same concerns as women, so why should they be left out? This gender imbalance and the implication that they are topics of minor significance still manifests in many aspects of the industry. Hollywood’s characterisation of women as femme fatales, girls next door or damsels in distress needs to end as well as the terminology around them. Whether we are talking about films made in Hollywood’s golden age or the more progressive modern-day films, to refer to them as “chick flicks” is belittling and perpetuating the consensus in popular culture that women are frivolous, emotional and somehow inferior or less worthy of attention.

Modern society has shown in recent years that the patriarchal conditioning we have inherited is being eroded; governments and businesses making it more accessible for men to take advantage of paternity leave and attempts to improve the gender balance in the top tier of executives are but a few examples.

There has been a conscious effort to shift mindsets to represent this new stand for equality by all spectrums of the industry; from the studio executives, film festival curation, producers, actors and directors. Since last year, you can no longer put in a search for “chick flicks” in Netflix’s library. They also posted a call for people to stop using the term on their Twitter account, which was sadly not warmly received. Many subscribers declared that the term was harmless and already too ingrained in popular culture. Plus, some said, the idea that men are rushing to see such movies is “simply false“.

Alongside the wider conversations the industry is having regarding equality and gender representation, categorisations such as “LGBTQA films” and “Black Movies” should come under similar scrutiny – with a different historical sensitivity of course.
With Weinstein’s temple toppled, incentives have grown for more female driven storylines. Though there are increasing appeals for women to take leading roles in front of and behind the camera, the numbers are only slowly improving. We all feel, surely, we will eventually create the equality in cinema we seek, but right now it’s more of a spluttering second-hand car than a Ford Thunderbird. The Oscars and BAFTA ceremonies this year showed us the harsh reality of where we still are in relation to women in film. There is more work to be done and with each stepping stone, there is hope we will get there.

Whilst we all binge our way through our Netflix or Amazon Prime subscriptions to get us through the Coronavirus lockdown period, you may find yourself debating about what to watch. Let’s refer to these films appropriately and categorise them as rom-coms, road movies, period dramas, musicals or coming-of age films, using genre categories that do justice to the filmmakers’ hard work. We won’t leave these films for the media to endlessly list in glossy magazines as “chick flick’s for Valentine’s day” or “ideal for your girls’ night in’” because it’s self-evident that all can enjoy these films.

2020 marks the death of the “chick flick” and may it rest in peace.

Images courtesy of IMDb.
Image description:
1. A still from Mean Girls depicting the famous Burn Book, a pink handcrafted notebook. The book is open and held up by a girl in a matching pink shirt.
2. A still from Legally Blonde. The main character, Elle Woods, is dressed entirely in pink with a chihuahua on her arm. Her character is memorable for breaking down the stereotype that conventionally attractive girls interested in fashion can’t also be smart.