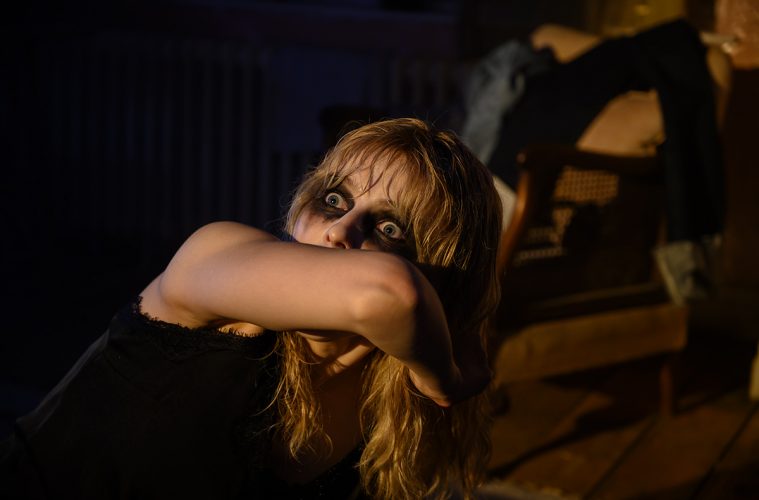 Last Night in Soho: a fine line between pastiche and cliché

In the new psychological horror film from British director Edgar Wright (Shaun of the Dead, Baby Driver), Soho’s seedy past erupts in its present, its sanitisation having failed to erase the ghosts of sexual exploitation, vice and bloodshed that linger from its 1960s heyday.

When Cornish ingenue Eloise Turner (Thomasin McKenzie) wins a place to study fashion in London, it seems like a dream come true. As she packs, her grandmother (Rita Tushingham) warns her of the city’s dangers, implying that Ellie’s mother might still be with them if it weren’t for its horrors. Ellie needs to be extra careful as she isn’t an ordinary girl – she can see dead people, including her mother, who smiles out at her when she looks in the mirror.

Despite Ellie’s wide-eyed optimism, London’s not the glorious adventure she imagined. Her condescending posh-girl roommate Jocasta (played with cartoonish gusto by Synnøve Karlsen) makes sure of that. Among the hard-living fashion college sophisticates, Ellie is an artless outsider who makes her own 1960s-inspired clothing and listens to Dusty Springfield. Jocasta and her band of coke-snorting acolytes are determined to crush this rural upstart. They bully Ellie out of student digs into a bedsit on Goodge Place, whose rent she covers by pulling pints at the Irish pub, The Toucan.

However, the bedsit, let by landlady Ms Collins (Diana Rigg, in her last film role), isn’t the sanctuary she’d hoped for. Whenever Ellie goes to sleep, she is sucked into a disturbing 1960s dreamworld where she witnesses the aspirations of Sandie (Anya Taylor-Joy in sassy, Queen’s Gambit-esque form) blossom and wither.

Blonde, ballsy and gifted, singer Sandie arrives in Soho looking for her big break. In the iconic nightclub Café de Paris (a Covid casualty, it too closed in December 2020) she meets smooth-talking pimp Jack, played with sleazy charisma by Matt Smith. In a matter of days, he’s seduced her and secured her first gig – although, with its scanty clothing and saucy routine, it’s far from what Sandie envisaged. Jack soon starts introducing her to men and becomes violent when she resists.

As Sandie’s anguish escalates, her story intrudes more insistently on Ellie’s waking life. Ellie even adopts her Bardot-esque hairdo and uses her outfits as inspiration for her college projects as she identifies ever more closely with the woman who haunts her dreams. Her behaviour becomes increasingly erratic: she becomes convinced that it’s up to her to expose a long-buried crime and bring the perpetrator to justice. In his filmography, Wright often treads a fine line between pastiche and cliché, and here he veers too far towards the latter. The protracted climax has the effect of a spoilt child’s tantrum – we’ve seen the histrionics so many times, they’ve lost their impact. The performances are varied: Thomasin McKenzie, Matt Smith and Anya Taylor-Joy make their roles their own, but Synnøve Karlsen plays the bullying alpha Jocasta with all the subtlety of a pantomime villain. Ellie’s fellow students are unfeasibly cruel, mocking her for everything from her music taste to her mother’s suicide – most people aren’t this nasty.

Insufficient time is spent developing Ellie’s love interest John (Michael Ajao), so his unfailing devotion seems unconvincing. Why isn’t he freaked out by her inexplicable public paroxysms of terror? Terence Stamp appears as a relic of Soho’s past, an old-timer who continues to walk its streets, but his interactions with Ellie are far-fetched. The script is full of such inconsistencies and Wright tries to disguise the strained dialogue with nightmarish sequences and hammy special effects. In a year when the horrific murders of Sarah Everard and Sabina Nessa have propelled the safety of Britain’s streets to the top of the news agenda, Last Night in Soho shines a light on misogyny past and present, but leaves a strange taste in one’s mouth. You can see why the subject seemed a good idea post-#MeToo; Wright was also inspired by a coffee table book titled Hammer Glamour: Classic Images from the Archive of Hammer Films, which alerted him to how many of the horror studio’s leading ladies’ lives ended in tragedy. He hired a researcher to unearth true stories of sexual assault from women who lived and worked in 1960s Soho. Sandie’s story is a composite of these accounts.

Although Wright spotlights the way the violence against women – especially those without privileges of class, wealth or colour – gets underreported and erased by history, many will find the rape scenes gratuitous, and the portrayal of female mental illness crass

The film aims to remind us of the dark underbelly of Swinging London: the way the era’s sudden permissiveness and a rising hunger for fame exposed the vulnerable to exploitation. Watching it, any nostalgia for Soho’s raffish past looks deluded. Yet even in Wright’s modern Soho, leering menace lurks on every corner, from a lascivious cab driver to an elderly man emerging from a strip joint. Perhaps less has changed than we imagine – the threats are still there, albeit disguised by artisan gelaterias and cocktail bars.

Although Wright spotlights the way the violence against women – especially those without privileges of class, wealth or colour – gets underreported and erased by history, many will find the rape scenes gratuitous, and the portrayal of female mental illness crass. With few exceptions, women in this film are oppressed victims of male desire and brutality, volatile sufferers of fragile mental health or self-serving queen bees with no sense of sisterhood. It’s hard to feel anything for characters this stereotyped.

This lurid, sub-Black Swan slash fest trivialises trauma, manipulation and abuse. There are mitigating elements – the 1960s soundtrack featuring classics from The Kinks, Cilla Black and Petula Clark; the costumes, designed by Odile Dicks-Mireaux; and the kaleidoscopic set pieces in historic nightspots – but overall this film is a muddle. Bogged down by a confused plot and lacking the tension it grabs at so desperately, it tries to do too much and ends up falling between stools: it’s not scary enough to work as a horror film; its melodramatic tone parodies genre tropes but doesn’t go far enough for Shaun of the Dead-style satire; the central mystery is punctured by a predictable twist that risks undermining the importance of the film’s central issue. Tackling such a serious subject in this overblown style just feels inherently problematic.

Here’s hoping Edgar Wright is back on form for his next project.

Last Night in Soho is currently out in UK cinemas.

Images courtesy of Universal Pictures UK.
Image description:
1. A close-up of a disheveled Eloise in a dark room. she has wet hair and make-up stains over her face. She appears terrified of something and holds her arm over her face.
2. Eloise stands against a cracked wall washed in bright pink light. Her disheveled look is similar to the above. She wears an additional pink jacket.
3. Sadie appears to be dancing under a bright red light. The image is dark except for her figure, but upon closer inspection, Jack lurks in the background.