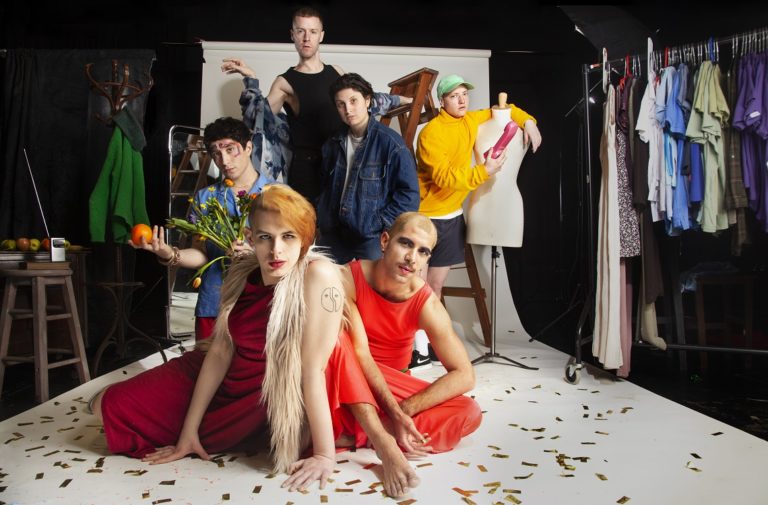 I don’t know about you, but I am somewhat dismayed by the upcoming play inspired by Harvey Weinstein. Seems like society is still happier to spend time obsessing about ‘flawed’ abusers than working to repair the damage they cause their victims. Where are the plays about Rose McGowan (also flawed), Mira Sorvino or any other of the many many women he harmed? I don’t really expect much better of David Mamet, but I think the others involved should probably take a long hard look at themselves.

And now on to happier things. The Vault Festival has opened in London and its full of intriguing sounding things including a late night party Eat Your Heart Out on 16 February featuring F-Word favourites Dream Nails; Drought from 20 until 24 February, which is a piece of art activism that aims to challenge narratives in which women are subject to violence at the hands of male redemption and how violence in our storytelling perpetuates violence in our culture; and Ladykiller from 27 February until 3 March which we reviewed in Edinburgh.

A revival of French playwright Jean Anouilh’s neglected classic The Orchestra opens today at Omnibus Theatre in Clapham and will run until 17 February. “A third-rate orchestra in a French spa town play time worn musical arrangements to an indifferent audience. In between the musical interludes, idle chit chat reveals the power struggles that lurk behind the ensemble’s shiny veneer.”

Nicôle Lecky makes her London Royal Court writing and performing debut with new play Superhoe, a co-production with Talawa Theatre Company. “I’m a singer slash rapper. I’m not the sort of girl that will be working in fucking Wetherspoons for 8 pounds an hour.” Superhoe runs from 30 January to 16 February.

West End Women – A Celebration of Women in Musicals is at Cadogan Hall in London on 2 February. The evening explores the way women’s roles in musical theatre have changed over the last century and highlights how the landscape of musical theatre continues to change as more musicals with women composers make it to the West End and Broadway.

A dedicated symposium to debate gender equality in the theatre industry, Women Centre Stage: Are We at the Tipping Point? is being held at the Hampstead Theatre on 3 February. It is hosted by Rosemary Squire, with a keynote address by Jude Kelly. The event is being run by Sphinx Theatre who run the annual Women Centre Stage festival.

Rouse, Ye Women! is a new folk opera about the true story of Mary Macarthur and the women chainmakers: in the Autumn of 1910 hundreds of women chainmakers of Cradley Heath held a 10-week strike against their employers. Led by the remarkable trade union organiser and campaigner Mary Macarthur, they won a minimum wage which doubled their incomes. It opens on 4 February in Harrogate before going on an extensive tour around the country.

The Cult of K*NZO by Paula Varjack is a theatre show that takes an insiders look at consumer culture through the lends of fashion. It opens at Camden People’s Theatre on 5 February before touring to Colchester, Lincoln, Leicester, Stockton, Sheffield, Folkestone, York, Battersea, Newcastle and Salford. Woman SRSLY are a platform and support network, who programme unique and challenging performance work by female-identified and socialised female artists. They hold a late-night fundraiser party at The Yard Theatre in London on the 8 February. It features DJ sets from Isobel Croot, Hunted for Sport, Sofa Sofa and Manami, pop up performances and happenings throughout the night from The Yonis, Bang and Bollocks, Grace Nicol, Claudia Palazzo and Elinor Rowlands.

As part of the Arcola Creative/Disruption Festival 2019, the Arcola Women’s Company are presenting two productions inspired by female experience and empowerment alongside two special events. Seeds: The Round Shape of All Things Red and Women of Troy both run from 18 until 22 February. Belong a new play by Braze, Clean Break Young Artists is performed on the 23 and 24 February and Global Female Voices, selections of the best international new writing, also happens on the 23 February.

And The Rest Of Me Floats, at the Bush Theatre in London from 20 February until 16 March, is all about the messy business of gender. Performers from across the trans, non-binary, and queer communities weave together autobiographical performance, movement, pop songs, standup and dress-up in this anarchic celebration of gender expression and identity.

Performance artist, theatre-maker, comedian, musician and activist, Bryony Kimmings’ I’m a Phoenix, Bitch returns to Battersea Arts Centre from 20 February to 9 March, and is also at Attenborough Centre for the Creative Arts in Brighton from 3 until 7 May.

After being stripped at gunpoint, seamstress and costume designer Lydia Higginson sought to redress herself by creating her entire wardrobe from scratch. In 2016, Lydia gave herself a year to make all her own clothes, after which she gave away all those she had ever bought. ThisEgg’s intimate show dressed uses storytelling, live sewing, music, dance and clowning to turn a traumatic experience into something beautiful and resilient. dressed opens at Battersea Arts Centre on 25 February before touring to Glasgow, Shoreditch, Edinburgh, Bristol, Norwich and Manchester.

The feature image is from And The Rest Of Me Floats at the Bush Theatre. It’s a very busy photo. It shows six people standing and sitting in a photographer’s studio. One at the back is standing on a wooden ladder. They are all wearing different bright colours – a long purple dress, a yellow hoody – and hold items such as an orange and some flowers. They look challengingly at the camera. Alongside the white backdrop there is a rail of clothing, a hat stand and a tray of apples.

The first image in the text is from Superhoe at the Royal Court and is by Niall McDiarmid. It shows Nicôle Lecky sitting at a London bus stop. She is wearing pink animal print cycling shorts, a pink top, a bumbag, white socks and black slip on shoes. She has long brown hair. She is looking directly into the camera.

The second image in the text is from Woman SRSLY by Sarika Thakorlal and is of The Yonis. 10 people are in the middle of a wide stage. They wear various coloured clothing – pink shorts, an orange jumpsuit, purple velour trousers. They stand close together with their arms in front of them, and they look as if they are in movement.