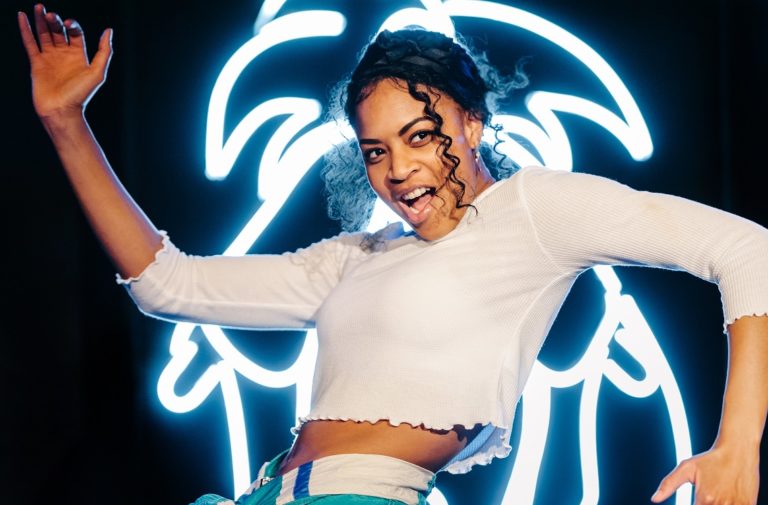 I think I’m lucky that this year’s a leap year! Otherwise I’d just have to call this the March blog and be done with it…

It’s True, It’s True, It’s True by Breach Theatre is currently available on iPlayer (CN: rape) and will be until the middle of March. I loved it when I saw it in Edinburgh in 2018 and wrote “as I watch I get angry not only on Gentileschi’s behalf, but also for all other women who have been lied about, disbelieved and discredited” and it’s only improved since then. Give it a watch.

Thunder Road tells the story of two women, Maureen and Sylvie, who embark on a First Aid training trip. When things take an unexpected turn in a Travelodge, events spin out of control and they find themselves on a life changing road trip where their friendship is tested to its limits and they must keep moving just to stay alive. It’s touring until 27 March to London, Aldershot, Chipping Norton, Oxford and Crewe.

Racheal Ofori’s excellent solo show So Many Reasons is at Soho Theatre from 2 until 7 March. Directed by Zoe Lafferty, So Many Reasons progresses as a series of memories from childhood visits to Ghana to trying to keep up with the latest guidelines on being a woman.

The Blue Elephant Theatre has a dance festival starting shortly. It kicks off with The Cocoon, dance theatre created from stories shared by women’s groups, on 4 March and Good Blood, a dance theatre and live music piece about families and sisterhood, on 6 March.

Figs in Wigs’ Little Wimmin is at HOME in Manchester from 5 until 14 March. It’s their live art feminist adaptation of Louisa May Alcott’s classic novel Little Women, recently seen on the big screen. Little Wimmin examines how we think about the past, what’s wrong with the present, and what we’re going to do about the future – if there even is one.

House of Burlesque: Banked is on every Friday until the 24 April (except 20 and 27 March) at Grace Hall in Bank, London. It’s described as an “immersive, bohemian, postmodern experience where the roaring 1920s meet the tumultuous 2020s”. Ahead of The Bunker’s closure at the end of March, it’s running a final season of Take Over weeks. Next week is POWER x RESISTANCE including Natasha Brown’s solo show I AM [NOT] KANYE WEST. Week 6 running from 10 March will be curated by activist, poet and playwright Sabrina Mahfouz and will platform stories that focus on abortion, miscarriage, surrogacy, stillbirth and infertility to transform The Bunker into a site of rebellion against harmful taboos and shame, and instead will celebrate womxn’s bodies and their autonomy over them.

‘Punkt Presents Penelope is at the Lion & Unicorn Theatre in Kentish Town from 10 until 14 March. It explores the untold dreams of a woman alone through s ‘play-within-a-play’, mixing the classical story with shadow puppetry, live feed video and pop culture.

The Two of Us from Latin American MarianaMalena Theatre Company explores a series of major events in co-founder Mariana Aritstizábal Pardo’s grandmother’s life, in an attempt to retrace her life story. It’s at Theatre Deli Broadgate in London from 10 until 13 March.

Chanje Kunda’s Plant Fetish is on tour. “Chanje Kunda was suffering with anxiety when she discovered that plants reduce stress. She then learnt that some women in Mexico, fed up with men, were getting married to trees.” It visits Oldham, the Vault Festival, Hull Truck Theatre, Bury Met, Salisbury Playhouse, the Bernie Grant Arts Centre in Tottenham, Pound Arts in Corsham and the Holbeck in Leeds between 10 March and 30 June.

Headlong’s Faustus: That Damned Woman by Chris Bush is at Bristol Old Vic from 10 until 21 March. “In this radical retelling of the Faustus myth, one woman makes the ultimate sacrifice – selling her soul in order to change the course of history.”

The And What? Queer. Arts. Festival is happening from 13 until 29 March in venues across north and east London. Highlights include Mika Johnson in Pink Lemonade by Max Zadeh, about which Emily Zinkin wrote “it is the audience’s privilege to go on this journey with Johnson” back in August; Lauren Steele in Teen Slut by Rah Petherbridge and Peaches Christ and Mink Stole (of John Waters’ films fame) in Idol Worship by Jag C.

Also at Soho Theatre on 19 and 20 March is Andrea Spisto’s Butch Princesa described by reviewer Archanaa Seker at Edinburgh last year as: “Spisto is on fire: the show is a festival, there’s not a moment wasted.”

Laura Wyatt O’Keeffe’s Vessel centres around Maia, a right-to-choose activist who uses her own pregnancy to bring a legal challenge against the Irish government. It’s touring to Derry, Armagh, Bedford and London between 20 and 27 March. Look out for further dates in September.

I had some reservations about Katie Arnstein’s Sexy Lamp when I saw it in Edinburgh, but despite its slight negativity towards sex workers it’s an enjoyable hour. You can see it on tour between 20 March and 11 July at Bollington, Cardiff, Bristol, Wolverhampton, Nottingham, Scarborough, Bedford, Salford and Litchfield.

Standup Lou Sanders has added another date to her tour. She’s at the Leicester Square Theatre in London on 13 June with Say Hello To Your New Step-Mummy.

And finally, Ava Wong Davies has just been announced as a new theatre columnist for gal-dem, which is awesome.

The feature image is from So Many Reasons and is by Dan Tsantilis. It shows performer Racheal Ofori in front of a blue-white neon outline of a indeterminate shape – it could be a palm tree or possibly a vulva. She wears a white sleeved crop top and is turned to the audience with one arm in front of her and one behind as if she’s dancing. She looks happy and excited and as if she’s exclaiming something.

The image in the text is from ‘Punkt Presents Penelope. It shows two women wearing black sitting on the floor. One is filming the other on a camera and the image is being shown on a screen to their right as we look at them. On the left the shadow of another woman is outlined on a sheet of white material. Everything is very dark.