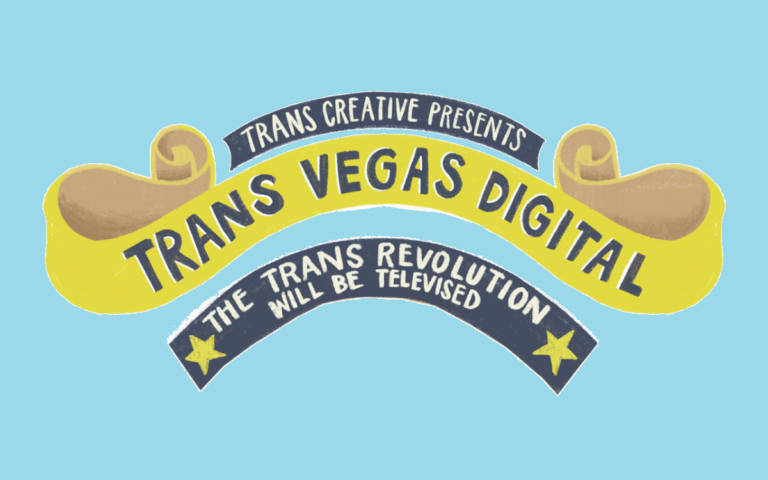 It feels like we’ve got a lot to cover this month. Let’s get into it.

First of all, the annual festival Trans Vegas run by Manchester company Trans Creative (where I am a board member) has moved online this year and is happening this weekend, 19 until 21 June. All the events look great, but I particularly want to flag up 100 Trans Voices. It seems to me that very often the loudest voices talking about anything to do with trans people are coming from cis women right now, and that can’t be right. It’s much better of course to listen to trans folk talk about their own experiences themselves. At this particular moment in time when the government seem hellbent on harming trans people, there’s no better time to tune in. Please do!

More Homemakers works have gone on sale on the HOME website. They include Vici Wreford-Sinnott’s Siege, a short, filmed character monologue exploring what it means to be disabled and ‘looked at’; and Complicité’s everything that rises must dance, a live virtual gathering of women on 20 June in a performance that celebrates female movement and relationships.

Desiree Burch has uploaded her show Tar Baby to YouTube, and asks that if you get anything out of it, that you consider donating to the The Bail Project. Megan Stodel reviewed the show in Edinburgh in 2015 with: “The show is filled with well-made points, and while it can be uncomfortable at times, it feels like this is part of the inevitable process of facing up to the truth of continuing racism.”

We’ve got a great list of resources relating to Black Lives Matter here, but I also wanted to draw your attention some of the testimonies that black people have been giving about their experiences at drama school plus this new initiative to try to get clarity on just how diverse arts organisations are.

You’ll have read of course about how some comedy programmes are being removed from platforms, often because they used blackface and sometimes because of language. Some of these are very recent programmes too. I think what seems to be missing from some of the discussions is an acknowledgement that decisions like this aren’t final or absolute. It’s still perfectly possible to buy a copy of The League Of Gentlemen; watching The Mighty Boosh hasn’t been made illegal. They’ve just been removed from some platforms for a bit. In this world that we live in, where media can be shared so easily and great comedy can be discovered almost endlessly, I am baffled why anyone would talk about things like this in such absolute terms. Personally I have no problem in coming down on the side of oppressed where’s there’s a choice. But as others have pointed out, this is a sideshow to the main event anyway. Does it really matter?

As this terrifically badly-handled crisis continues, it’s getting harder and harder to see how live comedy and theatre will cope, at least in the form they had until recently. The long running immersive The Great Gatsby in London has relatively ambitious plans to reopen, but I always wonder what they’re going to do about toilets with things like this, plus won’t everyone have to get public transport to get there? Good luck to them anyway. Elsewhere major theatres are starting to make people redundant.

And finally, if you happen to have any spare pennies knocking around, here’s another place you can donate them to.

The feature image is a Trans Vegas festival banner by illustrator Jamie Neville. It is a drawing with a crayon or pastel texture of dark blue and yellow banners on a lighter blue background with the words: “Trans Creative presents / Trans Vegas Digital / The trans revolution will be televised”.