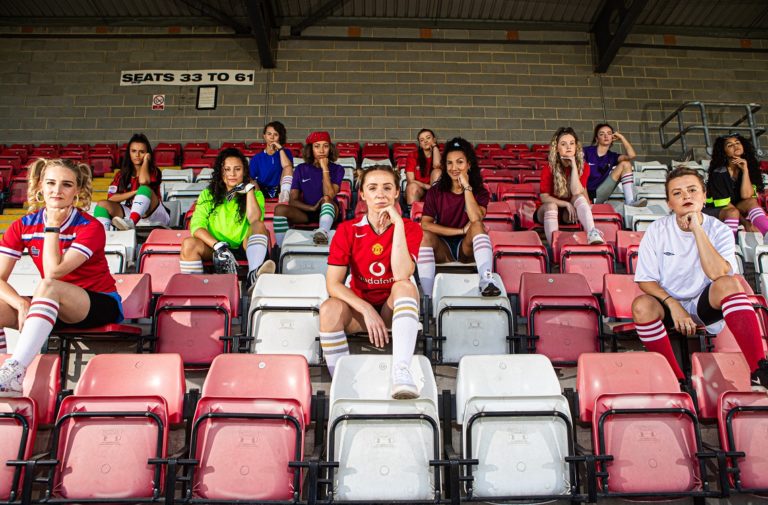 Happy September everyone. Live theatre and comedy is coming back to our stages slowly and it’s lovely to have a few more things to tell you about. Let’s cross our fingers that some of this can keep going safely through any upcoming measures needed to deal with the spread of the virus.

Already running at Dagenham and Redbridge FC is Caspa Productions’ Squad Goals which tells of the lives, ambitions and relationships among a group of young women school leavers who are inspired by the success of England’s lionesses and form a 5-a-side squad in their home town. You’ve got until 10 October to catch it.

On Tuesday (tomorrow) there is a live broadcast of the Funny Women Final from the Comedy Store in London. This annual competition is hosted this year by the 2014 winner Jayde Adams and is Pay What You Want.

RUMAHfest (which was postponed last March), a celebration of London’s Asian artists from the various diasporas, has been re-imagined on a digital platform and runs this coming Saturday, 26 September from 6pm. The festival includes an embroidery workshop from Nicole Chui of That Sew Nicole and a short scratch performance Sexy Asians In Your Area Dying 2 Meet U from Camilla Anvar and Zelda Solomon. The whole thing seems really well thought out and put together and looks like a fun evening!

Lemon House Theatre have created a new six-part series of audio talks where they chat to Queer artists and artists from the MENA (Middle Eastern and North African) diaspora about their experiences. The first part of the series covers topics such as the future of queer theatre and why queer characters are often experiencing trauma. The second part of the series explores areas including the visibility of MENA artists on stages in the UK. Have a listen here.

There’s a few great things coming up at HOME in Manchester including RashDash‘s cross-continental musical collaboration about life in lockdown Don’t Go Back To Sleep from 21 until 24 October; David Hoyle‘s new A Grand Auction of My Life on 27 November; Sh!t Theatre’s Sh!t Actually which I saw last Christmas and is flipping hilarious from 15 until 23 December; and although it’s slightly outside the remit of this blog as it’s neither women-led nor explicitly feminist, I’d like to give a shout out to Javaad Alipoor’s The Believers Are But Brothers, running 3 until 6 November, because I loved another of his shows, Rich Kids: A History of Shopping Malls in Tehran, so much last year. HOME still have a bunch of digital stuff to get your teeth into if you’re not ready to return to the theatre or are, of course, too far away.

The Space in east London is also beginning live performances in October, including all-female company Sixteen Sixty’s dark comedy In Bad Taste running from 15 until 17.

The Royal Court in London opens its doors again on 12 November with Living Newspaper, a writer-based project drawing on the radical history of the USA’s Federal Theatre Project – an arts programme that mobilised and employed artists and theatre workers surfacing from the Great Depression. Each weekly edition is created and edited by a collective of writers to make a live newspaper with headlines, features and columns which will be performed in spaces around the Royal Court building. Each edition will be made accessible to all.

Jessica Fostekew‘s Hench is back out on tour beginning at the Lighthouse, Poole on 24 October and then continuing next year.

Also next year, Jenny Eclair will be on tour from 4 March with her new show SIXTY! (FFS!). It’s visiting 60 places so I won’t list them all here, and let’s just ignore the fatshaming message she’s included in her announcement (I don’t believe in the concept of ‘excess’ weight). As the first solo woman to win the Edinburgh comedy award in 1995 (and the last until Laura Solon in 2005 – comedy is really sexist) she’s a trailblazer.

I will leave you with this dance film from Sadler’s Wells’ Digital Stage and Breakin’ Convention which speaks out against anti-Black racism and honours the lived experiences of Black women past and present. It’s amazing.

The feature image is from Squad Goals from Caspa Productions and is courtesy of Zac Cooke Photography. It is of the show’s cast, all young women, sitting in a football stand over several rows and with space between them. They all wear football kit and sit in the same pose; their left legs are out over the seats in front of them, with their left arms leaning on their knees with the hand propping up their chins.