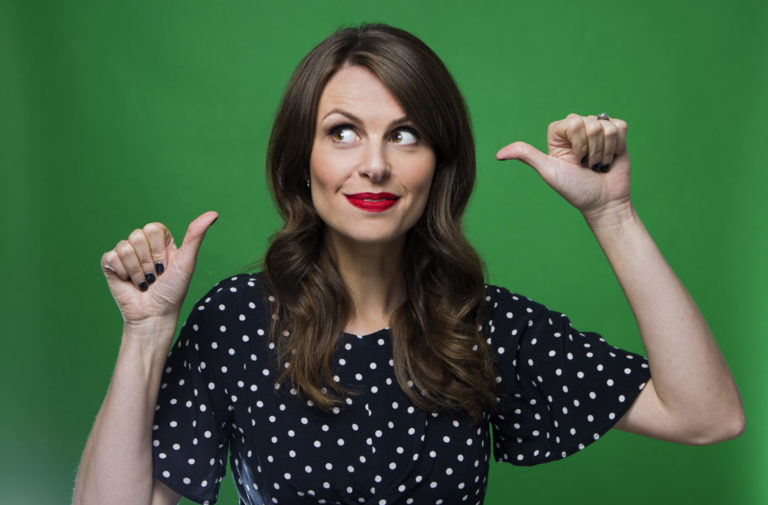 I’m going to open this month’s blog post with a short rant about theatre captioning. I used to work for Stagetext, the national arts organisation that introduced captioning (or subtitling) for live performance to the UK. I believe theatre is for everyone and that organisations have an absolute moral and ethical duty to make their work accessible to the broadest range of people.

Last week the National Theatre announced that they were trialling new technology to make theatre captions available for every performance through special glasses. There are good things about this of course: new technology is always fun and having the choice of any performance is an option that’s not available at the moment. However I have a huge issue with the way that this project has been reported across many publications.

The BBC say that open captioning (showing the words on a screen to everyone) “can distract the audience”, the Stage reports that this scheme will remove the need for captioning screens in the auditorium as if that can only be a good thing and the National themselves described the glasses as “discreet”. All this is written from the assumption that showing captions to everyone is automatically a bad thing and isn’t it just lovely that we might be able to avoid it.

This is actually disgusting. The idea that it’s positive to hide the accommodation or adaptation that some audience members need so no one else is bothered is just dreadful. It shows a lack of imagination and empathy, and I don’t believe that such negative and selfish views are something that any of us should be indulging. I’ve never once been distracted by captions. Theatre should be inclusive.

And now let’s move on to the shows!

Ellie Taylor is taking her latest show This Guy on a 20 date, autumn UK tour which begins tonight in Sudbury. Married and in her 30s, Ellie has overcome the surprise of being in a dreadfully happy marriage only for society to test her with a new question – whether or not she wants to breed. If Ellie had been given a pound every time she’s been asked “Are you going to have a baby?” she could have bought a really expensive baby. The tour is also going to Brighton, Wenlock, Salford, Solihull, Bromsgrove, Maidenhead, Didcot, Glasgow, Newcastle, Hull, Leeds, Canterbury, Bordon, Crawley, London, Southend, Bristol, Newport and Norwich. Phew! Tickets can be bought here.

Next week a new production of Howard Barker’s The Castle opens at the Space in east London and runs until 28 October. It’s a rainy day in middle England and Stucley returns home from War to find his land untended, his sheep wild and his wife in bed with a witch. In the absence of men, a new way of life has emerged. No religion. No class. No hunger. The women are in charge now. They have their freedom and they’re not going to give it back.

Next week too is the start of a few performances of Strangers & Others, a new immersive and interactive piece from dance/theatre makers, H2 Dance. It will be in Woking on 10 October, Colchester on 18 October, Norwich on 24 October, Peterborough on 26 October and Nottingham on 2 December.

Major Labia are a Nottingham-based collective of witty women and will be performing a new sketch show at Curve in Leicester on Friday 20 and Saturday 21 October.

Homotopia, Liverpool’s LGBT+ arts and culture festival, will be running from 26 October until 1 December. There are a lot of events, but of particular note are Butch Monologues, at the Unity Theatre and Rachael Young presenting OUT, a performance about shape shifting in a bid to fit in – to be black enough, straight enough, Jamaican enough. Jonny Woo’s Un-Royal Variety, an alternative alternative to the Royal Variety Performance will be happening at the Hackney Empire on 3 and 4 November. Accompanied by a big, brassy rock band and a 30-strong dance troupe of gender-fluid club kids, Woo will MC, sing, dance, conduct and tether together an evening featuring US sensation Christeene, award-winning operatic comic Jayde Adams and fresh from the success of Triple Threat, Lucy McCormick.

A little while ago Holly Donovan wrote for us about the objectification she had experienced in the theatre industry. Her play, No Place Like Hope will be performed at the Old Red Lion theatre in London in November where they will be raising money for the charity, Victoria’s Promise.

And lastly next month OperaUpClose will be at the Arcola Theatre in London with a chamber production of Tchaikovsky’s Eugene Onegin. The libretto is a new English version written by Artistic Director, Robin Norton-Hale, and has been approached from a feminist/political angle, transposing Tatyana’s sexual awakening to the 1960s, at the cusp of the women’s liberation moment. The creative team is female-led, and includes rising star Sonia Ben Santamaria as musical director. Here’s what reviewer Megan Stodel thought of their previous production, La Voix Humaine.

Image 1, the feature image, is of Ellie Taylor. Taylor stands in front of a green background with her hands in the ‘thumbs-up’ position pointing to herself. She looks away from the camera. She has red lipstick and glossy long brown hair.

Image 2 is of Major Labia and is by Natalie Owen. Seven women stand in a row outside. They each have their hands in a triangle shape in front of themselves which is the British Sign Language sign for ‘cunt’ or ‘vagina’. They are all smiling broadly at the camera.

Image 3 is of Jayde Adams by Sian Stephanie Smith. Adams is wearing a black sparkly leotard and is looking thoughtfully away from the camera. She is in front of a blue background and there are a few light flares over the image. She has heavy makeup and blonde curly hair with dark roots.