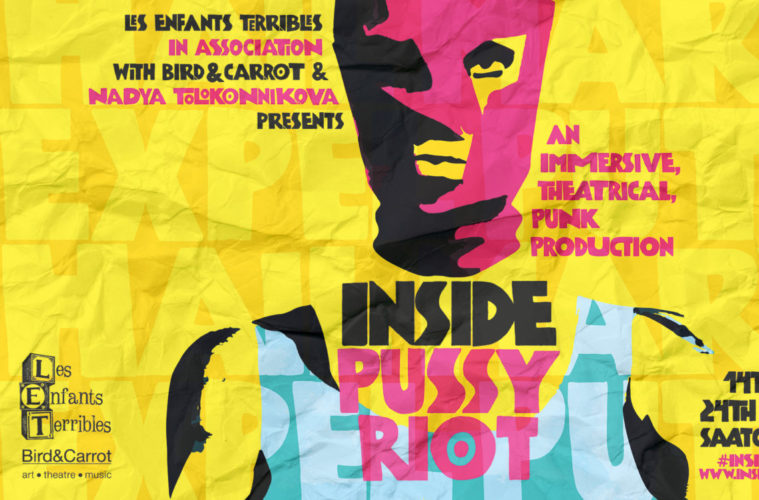 I suppose that I must start this month’s post by addressing some of the events in the comedy and theatre worlds that have followed on from the Harvey Weinstein horrors. I will admit to a certain amount of cynicism; the Old Vic signed this Joint Statement from the Theatre Industry and yet their old Artistic Director, Kevin Spacey, is one of first people to have accusations made against him. It is right that the Charity Commission are asking questions of the venue’s Board. And Spacey absolutely will not be the only Artistic Director of a major theatre or theatre company who has abused his power to abuse others.

However I am pleased about what Vicky Featherstone and her team are doing at the Royal Court. They have published a code of behaviour and a policy that won’t be perfect but are at least a start. What I particularly like about their suggestions are that they say there should be at least three structures for reporting behaviour and they recognise that for complainants “experiencing harassment can be complex and that thoughts and feelings around a particular incident may change during this process”. Both of these elements can be overlooked in company policies.

It will be interesting to see what, if anything, happens next.

Now let’s move on to the fun stuff, lots of which is happening this very week!

Damsel Develops is a new festival committed to helping emerging female directors develop work. It runs from Monday 13 until Sunday 19 November at the Bunker Theatre in London. Damsel Productions’ Artistic Director Hannah Hauer-King says: “The shift we’ve seen in the industry towards supporting female writers has been fantastic and we now want to see it opened up into all creative roles […] Our hope is that the pieces across the festival will have a future life and bring success and inspiration to the women involved.”

The Funny Women Awards are currently in process. There are still a fair few heats to come including this Monday 13, Wednesday 15, Monday 20, Wednesday 22 November at the Betsey Trotwood in London; Sunday 19 November at Phoenix Arts Club in London; Saturday 25 November at Komedia in Brighton and Saturday 2 December at the RADA Studios in London. They will be collecting for UN Women and the HeForShe movement on the night.

Diamond at Soho Theatre from Monday 13 to Saturday 18 November explores LGBT+ history spanning the 60-year period from 1957 to 2017 through the personal biography of David Hoyle. Mary Paterson wrote this cracking review for The F-Word of a previous show of Hoyle’s so this will definitely be worth a watch. Also at Soho Theatre later in the month will be Wild Bore by Adrienne Truscott, Ursula Martinez and Zoe Coombs Marr. “Wickedly self-deprecating of their own avant-garde artistic practice and ready to throw some punches, the three have teamed up for the first time to delve into the torrent of critical fury that each have attracted throughout their careers, to prove they too are not afraid to talk out of their arses.” It runs from Tuesday 21 November until Saturday 16 December.

Marking the 100th anniversary of the Russian Revolution, Inside Pussy Riot, a new immersive production by Les Enfant Terribles at the Saatchi Gallery in London, encourages audiences to pull on the balaclava and stand up for what they believe in with themes including censorship, patriarchy and pollution. It runs from this Tuesday 14 November until Sunday 24 December.

HOME in Manchester has Hot Brown Honey from Tuesday 12 December to Monday 18 December. I cannot recommend this show highly enough; here’s what I had to say about it last August. They’re not wrong when they say: “this posse of phenomenal women smash stereotypes, remix the system and dare to celebrate our similarities and differences.”

And lastly, check out this episode, ‘Smile’, from Kate Jessop’s Tales From Pussy Willow, a satirical web series which combines animated cut outs with live actors. It really made me laugh.

There probably won’t be a blog post in December, but I’ll be writing again in early 2018. See you then!

The feature image is most of Inside Pussy Riot’s poster. It shows a stylised figure wearing a pink balaclava on a yellow background. The words “Les Enfant Terribles in association with Bird & Carrot & Nadya Tolokonnikova presents / An immersive, theatrical, punk production / Inside Pussy Riot” are on the image along with a logo on the bottom left and the times and dates of the shows to the bottom right. The right hand edge of the image is cut off, so not all the times and dates can be seen. Very faintly over the background the words “Hail Mary, Expel Putin”, the name of Pussy Riot’s punk prayer, can be seen. The whole image looks as if it has been crumpled.

Image one in the text is Damsel Develops’ logo. The company’s name is in white capitals over an explosion of yellow powder.

Image two in the text is the logo of Inside Pussy Riot which is very similar to the poster above. A stylised figure wearing a pink balaclava is on a yellow background. The words “Inside Pussy Riot” are overlaid in pink and black. Very faintly over the background the words “Hail Mary, Expel Putin”, the name of Pussy Riot’s punk prayer, can be seen. The whole image looks as if it has been crumpled.